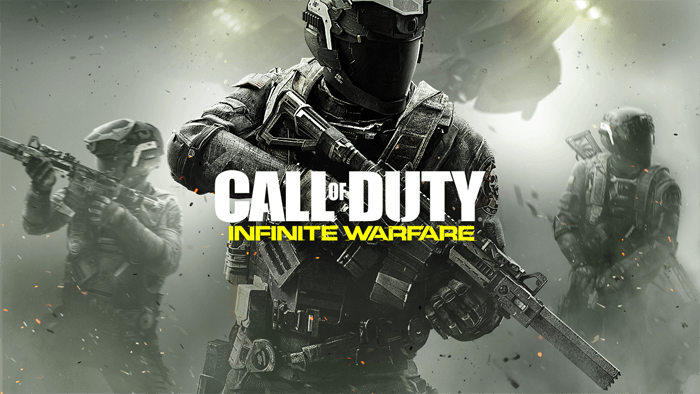 So Infinite Warfare is finally here! The 13th installment of the franchise, and does it stand up to the hype? It’s a bit of a strange one because the version I received is the Deluxe Edition, which is CoD Infinite Warfare bundled with the digitally remastered Modern Warfare, and the Season Pass. So basically, Activision and the good Lord above got together and designed the ultimate Christmas present for me. 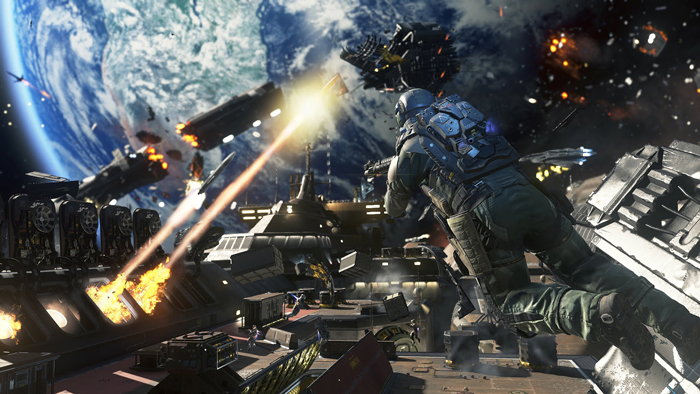 I had just very recently bought Modern Warfare, and honestly, it is probably one of the best FPS I have ever played, and the Remastered version has made it even better. Smoother, crisper, GPU burstingly beautiful! And that’s kind of the problem…

I think I kind of, almost, sort of, preferred playing Modern Warfare to Infinite Warfare…

I am not a CoD purist, and I know there are many out there who played IW for 10 minutes and began frothing at the mouth because it’s such a departure from the “Boots on the Ground” style of game, and if you are one of those, I would suggest you stick to Modern Warfare or Advanced Warfare.

For me, the change was something fresh and engaging, from the second the game starts you are jumping out of aircraft HALO style, rocket boot landing in an icy wasteland and killing people with knives and futuristic guns… The campaign mode has been criticized for being thin and badly paced, but I found it quite compelling, convoluted with drama and tragedy and a butt-load of action! I am not a multiplayer type of player, so I cannot tell you if it’s good or bad, but the general consensus seems to be that it’s pretty much the same as Black Ops, and surely that’s not a bad thing..?

Then there’s Zombies in Spaceland! This is multiplayer gaming that I can (and have) gotten into.

You and 3 mates get dumped in a single map location, an 80’s style theme park and the mechanics are basically wave combat. You need to stay alive for as long as possible while various forms of undead descend on you for what becomes a gore-fest ending with you as hamburger meat.

Now back to the campaign.

You play as Nick Reyes, a United Nations Space Alliance (UNSA) Navy pilot. Think of Tom Cruise in Top Gun. The bad guys are the SDF (Settlement Defence Force). In the first act, they take out the captain of the UNSA which sees you promoted to that position, a roll you accept reluctantly. I have just recently finished watching season 6 of The Walking Dead, so the following comparison is the easiest for me. The SDF are the Saviours and Salen Kotch (voiced by Kit “John Snow” Harrington) is Negan. He is a cold-blooded psychopath with a massive beef with UNSA. At least, that’s what they tell you. For the most part, he just appears in the corner of your screen like a rabid Liberal complaining about everything. The SDF has a pretty vigorous propaganda machine called Veritas. Think of Clinton’s team responsible for the Trump smear campaign. Every loading page has their particular brand of hate all over it, again, think the liberal media channels in the recent election. At times this begins to feel a little childish and forced (the comparisons between the SDF and the American Liberal media are many and pointing them all out will make this review impossibly long).

I have touched on some of the voice talents, but the list is really impressive. The script is good, the performances are good, even from the likes of Formula 1 World Champion Lewis Hamilton, who plays a character called Carl Hamilton (???). This anomaly may explain why he’s going to lose the World Championship this year… Even Connor McGregor has a roll. Regardless, they all do a very convincing job of bringing the story to life. 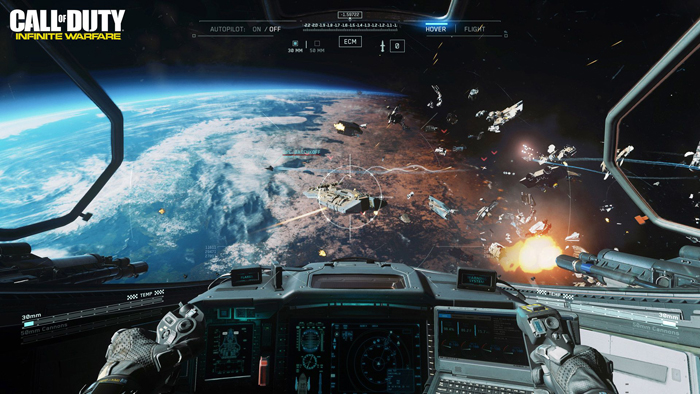 Now, you might think my little rant earlier about the US Presidential Election was random and out of place, but it brings me to a point I need to make. This is still Call of Duty, in all of its Red White and Blue Hoo-RAH God Bless ‘Merica GI Joe-ness!

So, fact and logic and actual science have very little to do with it (again with the Elections comparisons!)

But do I care?

Do I care that I can hear all the explosions? Even if we are in the cold vacuum of space? Do I care that floating around in space unprotected for any stretch of time is survivable? NO!

Can I get a HOO-RAH!

Do I care that in MWR I can kill an enemy with a single shot, but in IW I need to empty a clip on one target to get him to drop?

Yeah, I kinda do… 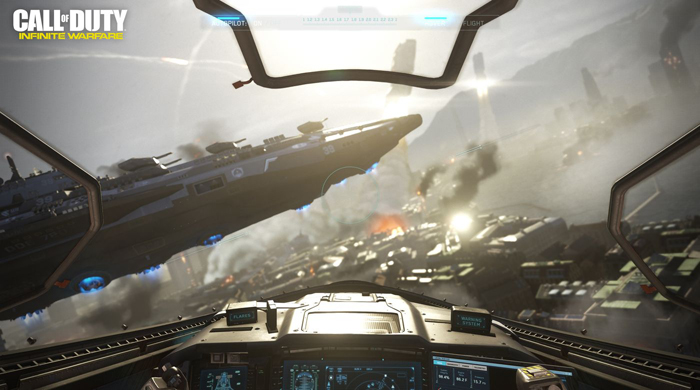 I must say, that’s another thing I prefer about MWR, the quick kill time.

Another Gears of War similarity is the new cover system, which isn’t as mature as GoW4 but is still pretty cool.

There’re lots. All very cleverly designed. The Seeker drones attach themselves to targets and then blow up, which doesn’t just clear a room, it makes a fantastic mess in the process. One criticism I have is that access to ammo can be a bit slow, especially for the really messy weapons. All weapons are upgradable and they just get more and more powerful, almost like they forgot to build in a counter-balance, which for some is a problem, but for me, God Bless ‘Merica! The scarcity of ammunition does, to a degree, keep all that in check, though.

The game is only about 6 hours long, if you play from the beginning with the end as the goal, but there are side missions you can go on, which stretches things out a bit. You can pilot a space fighter called a Jackal, and once you get to grips with the controls, the dog fighting is quite thrilling. 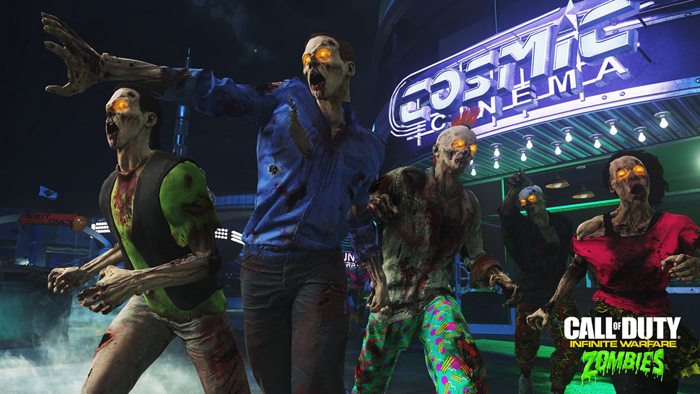 The old Pick 10 system is back in IW, which is a very good thing, it’s quick and intuitive and you don’t need to waste your time like the Ghosts system did. There are RIGS and Scorestreaks, which function the same as Specialist classes in Black Op’s, and these, thankfully, are separate to the 10 points you use when creating your character.

So, having said ALL that, what do I think?

CoD has (almost)always been like that one girl who, even though you are flirting up a storm with other girls, as soon as she arrives, you turn all your attention to her. Is IW that girl…?
I don’t know. She has switched from Skateboarder Chic to Post-Gothic Techno, from Avril Lavigne to Marilyn Manson.

I do like Marilyn Manson but… with all the other tasty treats available for this Christmas season like Titanfall 2 and Battlefield 1, I’m just not sure IW is that girl anymore…

Do new ideas like Zero-G battle and dog fights in Jackals make up for the few shortcomings the game may have…?

I think so, but CoD IW is not going to be crowned Prom Queen this year.

She will certainly be one of the 2 Princesses.