With the Luke Cage TV series being so good and the latest Power Man & Iron Fist comics being so entertaining, you’d think this is a good time to be a fan of the hero for hire. 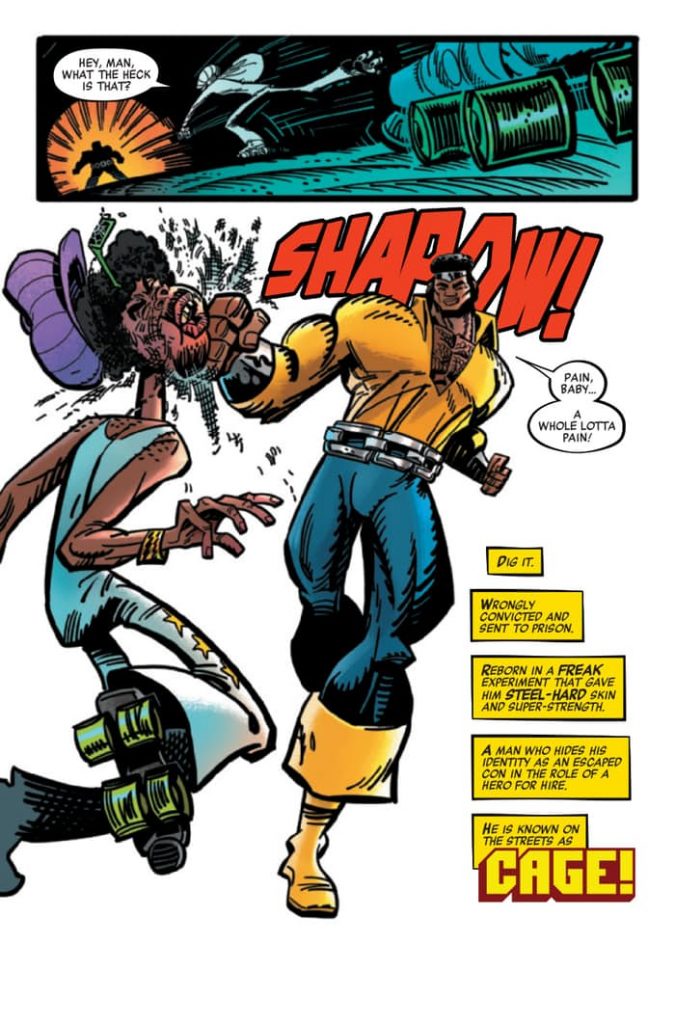 [dropcap]Y[/dropcap]ou’d be wrong. Because when a comic book like this comes along, it makes you want to hang your head in shame. The cover urges you to DIG IT! Unfortunately, the only thing this makes you want to dig is a deep hole, one where you can bury this issue and then pour concrete over it just to try and forget it exists.

It’s a blast from the past as we find Luke back in the 1970s, stopping the rollerskating Bank Rollers in the middle of one of their heists. After dishing out some vigilante justice, Luke heads to Chinatown so that he can share a meal with Misty Knight. Except she doesn’t show up. Enraged, Luke goes to the local police station and learns that all the heroes in town are disappearing. Cyclops and Wolverine appear, desperately seeking the missing Jean Grey, and beat up Luke by accident. As a consequence of this confrontation, Luke then becomes surrounded by several villains who proceed to open a can of whup-ass on him… 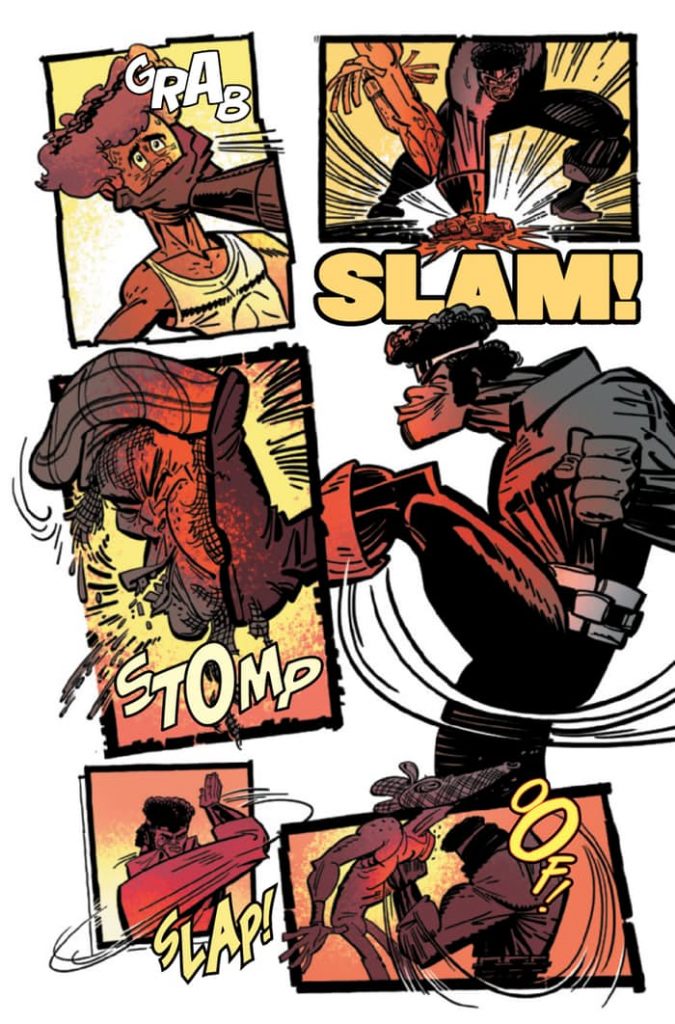 Who is this comic book aimed at? I mean, what’s the target demographic? Nobody with intelligence, surely. The lazy writing and cartoonish art seem to imply it’s for little kids, while the ’70s setting seems to be aimed at nostalgic fans of the classic Luke Cage. The problem is that it doesn’t offer much which could appeal to anyone. I know that Tartakovsky may be a bigshot because he created Samurai Jack and Dexter’s Laboratory, but everything about this feels wrong on every level.

Yes, the art is in a similar style to those cartoons (although the characters here do have proper hands), with highly exaggerated physical features. But does anybody really want to see Luke Cage with  a body the size of an ox and a head the size and shape of a small pineapple? I guess it’s supposed to be funny and quirky, but instead it looks embarrassingly bad.

Likewise, the writing and ’70s slang are painfully one-dimensional. Luke appears to be nothing more than a walking mass of anger and resentment towards the world. His reaction at being stood up for dinner by Misty make it look like he’s ready to kill her, extremely violently, and probably anybody else in his way too. Actually, he looks that way pretty much throughout. Luke Cage is a complex character, but here he’s reduced to having one emotion: rage. Ah, and then there’s the predictable joke where the fat Black Mariah sits on him. It’s as subtle as a sledge hammer to the face.

If you want a modern homage starring Cage set in that time period, you’d be far better off reading the hilarious True Believers: The Groovy Deadpool. If you want authenticity, read the classic 1972 Luke Cage – Hero For Hire. If you’re a fan of Luke Cage in any way, read anything else. 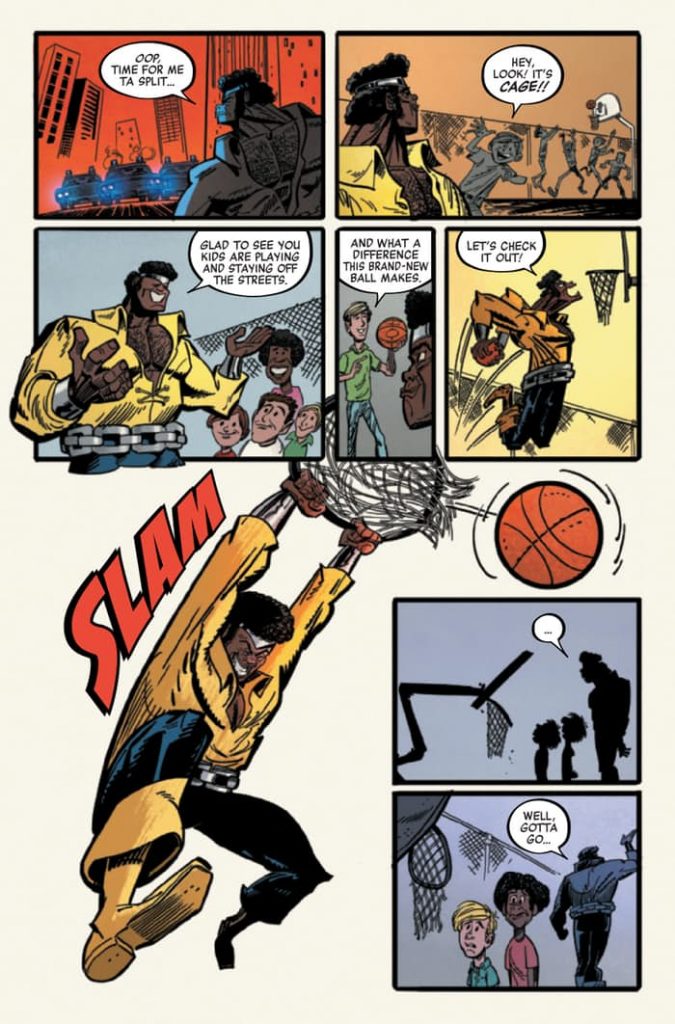