It’s Bumblebee versus Optimus in the ‘Transformers: The Last Knight’ Super Bowl trailer 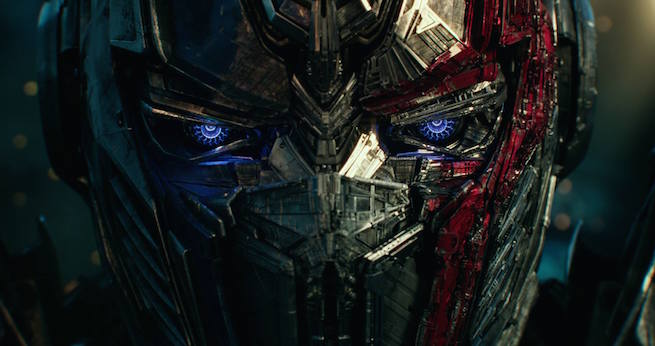 Transformers: The Last Knight is one of many big Hollywood films that will be advertised during the Super Bowl this weekend. Michael Bay has released the first thirty seconds of the fifty-five second TV spot online. It gives us a glimpse of the Bumblebee versus Optimus Prime action.

Why is Optimus Prime fighting Bumblebee? While it’s not official, the trailers seem to hint at a G1 Transformers animated series storyline, which sees the Quinntesons bring back Optimus Prime to life as a bad guy. Regardless, it’s heartbreaking to see the two battling against each other. Optimus is clearly the stronger of the two, but Bumblebee has always been a fan favourite.

There comes a moment in everyone’s life when we are called upon to make a difference. In Transformers: The Last Knight, the hunted will become heroes. Heroes will become villains. Only one world will survive: theirs, or ours.

The Last Knight shatters the core myths of the Transformers franchise, and redefines what it means to be a hero. Humans and Transformers are at war, Optimus Prime is gone. The key to saving our future lies buried in the secrets of the past, in the hidden history of Transformers on Earth. Saving our world falls upon the shoulders of an unlikely alliance: Cade Yeager (Mark Wahlberg); Bumblebee; an English Lord (Sir Anthony Hopkins); and an Oxford Professor (Laura Haddock).

Paramount will be releasing a new Transformers movie every year until at least 2019. Transformers: The Last Knight has a June 23, 2017 release.