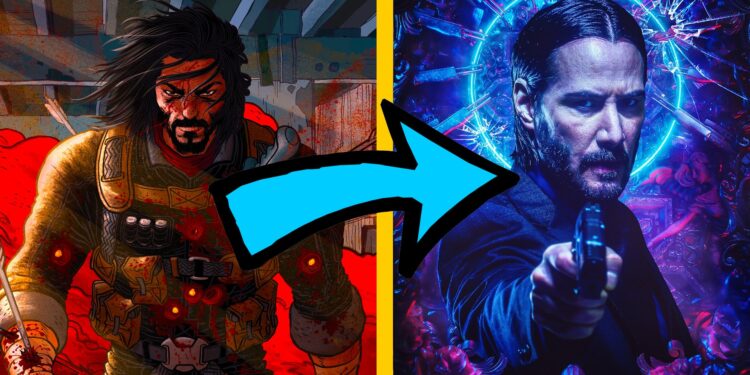 For those who don’t already know, BRZRKR (pronounced berserker) is a new 12-issue comic book series from Boom Studios that was co-written by the Hollywood star (Keanu Reeves developed the concept for the comic book series) and New York Times bestselling writer Matt Kindt with art by Marvel illustrator Ron Garney and colours by Bill Crabtree.

BOOM! Studios have already had massive success with the blood-filled comic. The first issue has already sold over 615,000 copies since its launch on March 3, making it the highest-selling debut in almost 30 years. 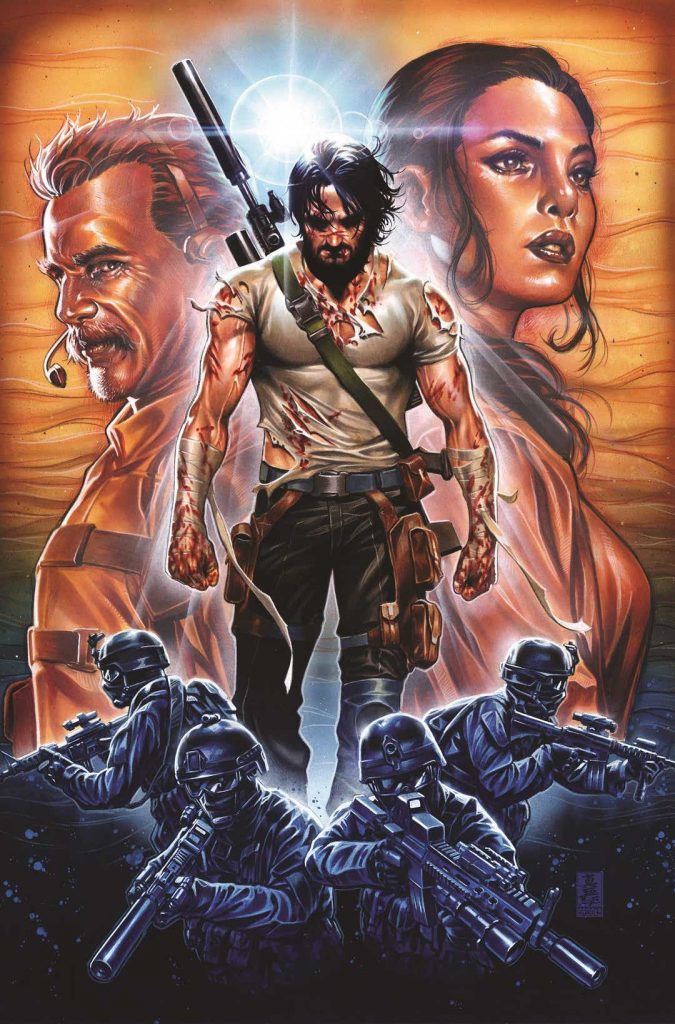 What is Keanu Reeves’ BRZRKR about?

The story follows a violent demigod’s 80,000-year fight through the ages.

The immortal warrior (who may I add bears a close resemblance to the 56-year-old actor) has been cursed and compelled to violence… even at the sacrifice of his sanity. After centuries of wandering the earth searching for answers about his existence, he finds refuge working for the U.S. government where he fights battles too violent and too dangerous for anyone else.

In exchange, the warrior will be granted the truth about his existence…and how to end it.

Exciting news! Netflix is developing a live action film AND follow-up anime series based on Keanu Reeves’ BRZRKR, a brutally epic saga about an immortal warrior’s 80,000 year fight through the ages. Reeves will produce and star in the film, and voice the anime. pic.twitter.com/RVWEuBCXTJ

According to a press release issued by the streaming service, the upcoming action flick is said to adapt the events of the comic book run, while its anime sequel “will further expand the BRZRKR universe by exploring different elements of the story.”

It comes as no surprise that Keanu Reeves himself will be starring in the onscreen adaptations of his new comic as the Matrix star already expressed interest in playing the protagonist known simply as B in an interview with Entertainment Weekly last month. Reeves will play the title character in the feature film and will also reprise his role for a voice part in the anime.

The actor will also produce the projects along with Ross Richie and Stephen Christy for BOOM! Studios and Stephen Hamel for Company Films. Adam Yoelin will serve as executive producer.

Fans may have to wait a while before they get to see the onscreen adaptation of the hit comic, but Reeves has been busy with plenty of projects to keep everyone entertained in the meantime. The beloved actor has recently completed production on the much-anticipated fourth Matrix film and is set to begin production on John Wick 4 soon.

Have you already read Keanu Reeves’ BRZRKR comic book? What are you hoping for from the upcoming film and anime spin-off?