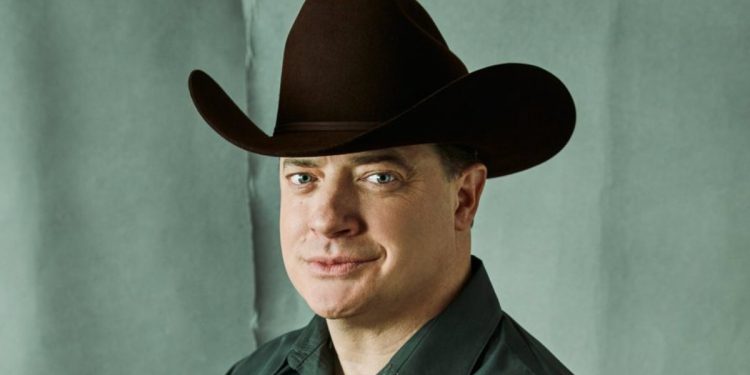 The Mummy star Brendan Fraser is unrecognisable as a 600-pound recluse in the first look at Darren Aronofsky’s The Whale.

Brendan Fraser has been a household superstar in Hollywood since the 1990s thanks to his early hit movies like Encino Man, George of the Jungle and The Mummy. His latest role finds him working with Oscar-nominated director Darren Aronofsky for a drama film based on a play by Samuel D. Hunter, in what might be the most challenging roles he has ever tackled.

The Whale is set to premiere at the upcoming Venice Film Festival, and A24 celebrated the occasion of the upcoming release by giving fans a first-look image of Brendan Fraser as Charlie. It’s safe to say that he has never been seen like this before, with a vulnerability in a role that is bound to garner awards considerations.

What is the Film About?

In the award-winning director’s new film, the Journey to the Centre of the Earth star portrays Charlie, a middle-aged man who has become a 600-pound recluse as a result of years of binge-eating to deal with the guilt of leaving his family for a gay lover. The movie is claimed to be a tragic story about a man trying to recover his family after years of regret.

Sadie Sink from Stranger Things is confirmed to be co-starring as Ellie, the estranged daughter who Charlie is wanting to reconnect with after abandoning her years before. The rest of the cast is set to include Hong Chau as Liz, Samantha Morton as Mary, Huck Milner as Ben, Ryan Heinke as Dave, Sathya Sridharan and Ty Simpkins as Thomas.

Fans are hoping that the role will give the lead actor some much-deserved recognition, director Darren Aronofsky is no stranger to directing his actors toward awards, such as with Natalie Portman’s Oscar-Winning role in Black Swan, and Mickey Rourke’s nomination for The Wrestler. Perhaps Brendan Fraser could win an award for his role in The Whale. Who knows?

It is not news that the wide-eyed and wonderous George of The Jungle actor has had his fair share of suffering in his career, and is currently experiencing his career resurgence, making him a pretty much perfect fit for the role. Brendan Fraser experienced considerable backlash that detrimentally affected his career after the fallout of his sexual-assault allegations against one-time Hollywood Foreign Press Association President Phillip Berk.

Following this and the death of his mother as well as several health setbacks, he also suffered a depression that he found difficult to come out of. It is with great pride that it has been reported that Fraser seems poised to regain some of the career momenta that he lost after his earlier run of hits.

Along with this new film which is set up to be a hit, Brendan Fraser was also featured in 2021 in Steven Soderbergh’s No Sudden Move, is set to appear in Martin Scorsese’s Killers of the Flower Moon and has been confirmed to be featured in a more mainstream role in the HBO Max superhero film Batgirl. While it’s a relief to see the upcoming titles he will be a part of, it wouldn’t surprise us to learn of more soon, and fans could not be happier to see him returning to the spotlight after so many years of hardship.

What do you think of Brendan Fraser’s new look for The Whale?