Borderlands 3 Review – Bang For Your Buck!

The best that Borderlands has ever been 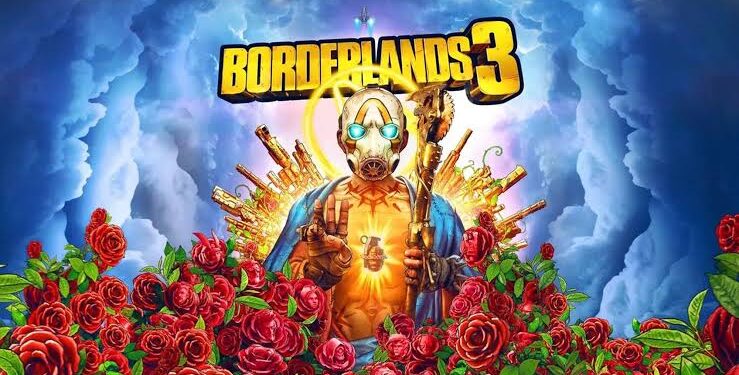 The Borderlands franchise bursts back into our lives with the much anticipated Borderlands 3, and if you’re a fan of this OG looty-shooty universe, you definitely shouldn’t miss out.

Let’s get one thing straight – if you don’t like Borderlands already, most likely because of the sense of humour and style, this release will not make you like it anymore. Borderlands 3 is more of the same, expanded in such a way that it ends up being a good sequel, if you are into the style already, but if not, it really won’t do anything for you now. However, if you are somehow in the dark about this entire affair, let me explain:

Borderlands is set in a darkly comedic, cell-shaded space-age universe, where everything is generally awful, but in a hilarious sort of way. You play as a Vault Hunter, someone in search of large mythical Vaults which hide an incredible amount of wealth and power. Along the way, you shoot a lot of guns to achieve your goals. The collection and selection and firing of guns is what you will spend the majority of your time doing.

The tone of the game is generally irreverent, and there’s a fair amount of jokes firing at all times, with some ending up quite funny and others being exceedingly tedious. But these games always zip along at such a pace that you never seem to notice any missteps for too long.

In this particular outing, you have a choice of one of four new Vault Hunters, and are thrust into a world set some time after Borderlands 2 and the Telltale Games episodic Tales from the Borderlands.

You start your game on series mainstay planet Pandora, but soon enough you find yourself on board a home space ship, zipping from planet to planet, leaving Pandora for the first time in the series (aside from the Moon in the Pre Sequel). The villains this time are twins named Tyreen and Troy Calypso, who have united the various disparate bandit tribes into a group known as the Children of the Vault, who serve the Calypsos without question.

That’s as much detail as I will give into the story now, but I will admit that I was quite drawn into what would happen next. However, it was not really because of the villains, who are one of the weakest parts of the game.

The twins have this gimmick where they sound as though they are Internet streamers, but it doesn’t seem as though this joke was fully fleshed out. It feels like a joke designed by someone who only vaguely knows what Internet streaming is, and therefore it’s a missed opportunity. Also, they don’t have the same depth of character as Handsome Jack did in Borderlands 2.

I was also interested if the game would explore what it meant for the bandits to all pledge allegiance to the twins, what that could say about how we had treated bandits throughout all of the games as disposable fodder up until now, but that wasn’t really explored either.

No, where Borderlands 3 succeeds is in fleshing out its existing returning characters and universe. Previous characters and Vault Hunters from other games are fun to engage with, and I was interested in seeing what would happen to them. I was interested in finding out more about the ancient Eridians, as we do here, and in discovering the end results of one particular game-wide sidequest that I don’t want to spoil even more.

While not every playable character from earlier games returns (where are you Salvador??) its nice to see what happened to them in the interim between Borderlands 2 and Borderlands 3. There’s also a minimum of Tiny Tina and Claptrap, so hurrah for that.

Main quests and side quests are generally little more than either “go here and shoot this,” or “go here and pick this up,” but it all comes down to how they are framed and presented. This game does a lot of meta-humor with the quests and quest givers, and while sometimes it can be tiresome with a badly made sidequest, generally its an interesting use of the medium and always keeps things fresh.

Where the game really shines is in the gameplay, which has been polished to a mirror finish. Movement is the main improvement, where characters can now run and slide, and also mantle up over ledges through jumping. Your whole approach can feel a lot zippier and faster, and navigating battles is now a joy, with the occasional platforming also being much improved from the clunky earlier titles.

The gunplay feels as satisfying as ever, and you really feel the impact of the bullets hitting your enemies. A game like this lives or dies on its weapons and how fun they are, and it certainly doesn’t disappoint. Reducing enemies to a fine mist with an absolutely insane shotgun is a satisfying experience that rarely ever ends. The creativity of guns is also of note – while you do get general trends across gun manufacturers and types of weapons, there is always enough distinction between them that you are interested to try out something else that you pick up.

Borderlands 3 also includes a new alt-fire mode on many weapons, which can be toggled on a button press, turning your sniper rifle into a mini-rocket launcher, for instance. My particular favourite for a good portion of the game was a pistol I picked up from a quest which would insult me when I missed an enemy, call out to enemies to give my position away, and would sound sad when I survived a battle. However, its stats were incredible and I had to use it.

The Vault Hunters in this title are all distinct, and while I tried out the Beastmaster for most of my playthrough, there should be enough variety to keep most people happy. Characters now have three different action skills which can be switched out as you desire, along with various passive traits and skill modifiers you can select as you wish. B3 is a game which can be played both completely solo or co-operatively as needed, and it is fun either way.

There is a new selectable loot rules mode in Borderlands 3 which can be turned on during multiplayer, making it so that everyone gets their fair share of loot, rather than it being a mad dash for the best weapons after every battle. A split screen mode still remains on console, and although it can be slightly buggy, it is still good to have included, and I hope patches fix a few performance issues for it.

Some other quality of life improvements includes more varied level design (being that you are on different planets), sharper and cleaner cell-shaded graphics, and the ability to fast travel to a checkpoint at any time you are on a map. This final point is a massive relief and cannot be emphasized enough. There is a lot of content in this game, to the extent that at some point I wondered when it was all going to end, and it went on for another 10 hours. You can easily take 30-50 hours for your first playthrough, depending on your thoroughness. There are some postgame activities, such as an deathmatch arena, a new game plus mode, and a scalable difficulty increase which can be toggled on or off in your regular save file after the game has ended. This makes enemies stronger by a certain degree, but makes you receive better quality gear as a result.

As this is a Borderlands game, there will also be a ton of DLC released, some free and some paid, but this DLC is also expansive rather than feeling like it was cut out of the main release.

Borderlands 3 has some technical issues, even on PS4, and I have heard that there are more even on PC at times. However, aside from the frame rate stuttering three times, and not so great texture pop-in after a load, I mostly had a smooth experience. It is actually one of my favourite FPS titles to play on console, where precision is not so important as crowd control. While something like The Division is a pain to play on PS4 without a mouse, Borderlands 3 just feels natural.

If you want to shoot a million enemies with a billion different guns, Borderlands 3 is where you want to be.

An engaging single player experience, or fantastic co-op experience, Borderlands 3 is a AAA title that has enough polish and content that you can respect what’s been produced - even if Claptrap’s voice still makes you want to pull your hair out sometimes.