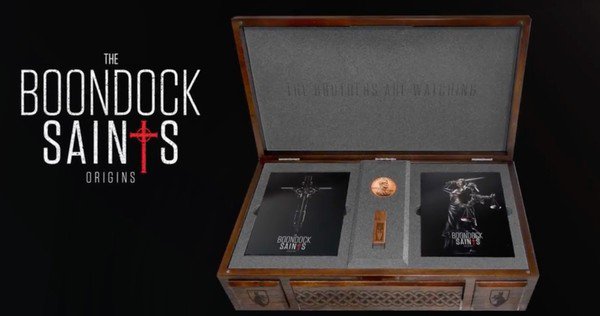 Over the last few years TV has become just as important or just as popular as film. We’ve seen many A-list actors star in popular television series. It would make sense then to create a Boondock Saints TV prequel series based on the popular cult films.

Producer Don Carmody seems excited for the future of the franchise:

“The Boondock Saints has become an irreverent cult brand that has resonated with loyal fans across the globe for almost 20 years. We’re beyond excited to reward our fans with an unprecedented opportunity to go behind the curtain throughout the entire creative development and production processes via a myriad of exclusive material, outreach and sneak peeks.”

“A television series is the perfect medium for storytelling inside the world of our beloved blue-collar superheroes. The brothers have always been defenders of the people, justice, fairness and the city of Boston. In this sensitive time of human rights unrest, government scandal and civil corruption, there couldn’t be a better moment to re-launch the brothers iconic brand of justice in the Cradle of Democracy.”

Fans can pre-order the Limited Edition Collector’s box for $597.