Blue’s Clues Movie Is The Next Spider-Man: No Way Home 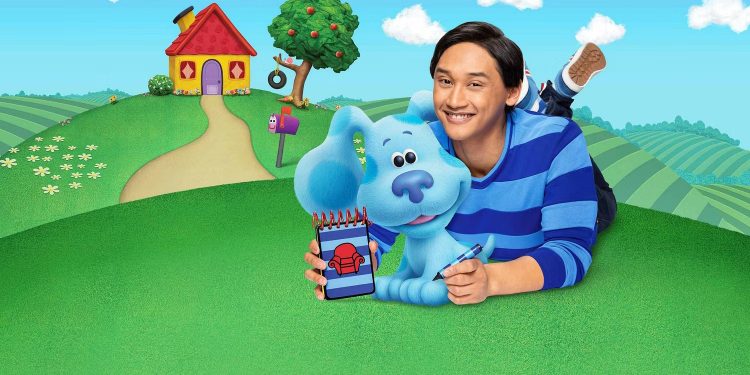 Paramount Plus has announced a Blue’s Clues movie that is going to be like Spider-Man: No Way Home and bring three generations together.

Blue’s Clues is a children’s animated TV show that has been running on Nickelodeon on and off since 1996 where a human host welcomes his audience to the “Blue’s Clues” house. He also introduces his animated puppy, Blue, who helps find three clues to whatever they are doing that day. The audience is invited to participate in the discovery of these clues as Blue and her friends top to listen to the audience when they are asked for help, a common feature of children’s TV shows such as Dora the Explorer.

Blue’s Big City Adventure has been announced and is hopefully going to be out later in the year and brings together every era of this popular children’s show. The movie will feature all three of the hosts who have appeared on the show over the last decade and a half: Steve, Joe, and Josh.

@paramountplus shared on Twitter: “A new Blue’s Clues movie, Blue’s Big City Adventure, is coming this year, and a full-length Baby Shark movie is coming in 2023.”

When the series first aired on Nickelodeon in 1996, Steve Burns was the host. He remained the host for its six-year original run until he left in 2002. The original run consisted of six seasons, with Steve giving a heartfelt goodbye upon leaving at the end of season six.

After Steve left in 2002, Donovan Patton took over as Joe until the show was unfortunately cancelled in 2006, culminating in a short four-year second run.

The show was eventually rebooted in 2019 under a slightly different title: Blue’s Clues & You! starring Josh Dela Cruz as the host. This version of Blue’s Clues has been running for three seasons and appears to have a fourth season already planned, meaning fans don’t need to fear it being cancelled again just yet. To the delight of many older fans, both Steve and Joe are recurring characters in the current run of the series.

Blue’s Clues movie is going to be like Spider-Man: No Way Home

Spider-Man: No Way Home brought three generations of Spider-Man together in one movie, featuring Tobey Maguire, Andrew Garfield, and Tom Holland all as Spider-Man. This was a delightful experience for fans as growing up many of them got to experience all three as Spider-Mans and instead of having to decide which is the best iteration, fans got to see them working together.

The new Blue’s Clues movie is doing much of the same, bringing all three of the leading men from Blue’s history together to hopefully host the movie together.

Unfortunately, no other roles besides Blue herself have been confirmed, however, with the movie coming out later this year, we are sure to see more information soon. Along with Blue’s Big City Adventure and Baby Shark, many more exciting titles can be expected to air on Paramount Plus shortly, such as a third Sonic Movie.

Are you excited to see childhood nostalgia come to life in Blue’s Big City Adventure?