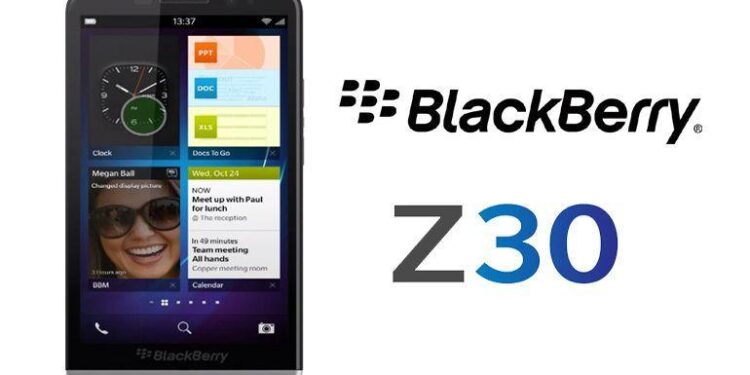 2013 was a busy year for BlackBerry Limited, mostly for all the wrong reasons. The company has received quite a lot of flak since launching its BB10 OS alongside Z10 and Q10. Even the company’s brand change from RIM hasn’t been enough to dispel details discussions on its decline over the past two years. Be that as it may, BB LTD still managed to launch a total of 6 smartphones in 2013 (and one in 2014 thus far), a feat in itself, as many predicted the end would be in sight for the Canadian smartphone giant. In late 2013, the company launched the Z30, the company’s new flagship.

Unlike the Z10, which housed the glass screen within two plastics outer bands on the top and bottom, the Z30’s front face is almost completely glass, minus the aluminium bottom edge. The glass itself may look good on the eye, but is extremely prone to fingerprint smudging. If viewed from different angles, you’ll notice that this single-piece, aluminium edge extends around the sides of the entire device, acting as a frame for the unit, while adding a bit of flair.

The premium look is extended to the rear cover, which is finished with a ‘woven’ carbon fibre, which proudly displays the aluminium BlackBerry logo. You will also find the camera housed on the rear, inconspicuously tucked away on the top left corner, almost as if the design team wished users would not pay any attention to it. The rear also houses three speakers, one on the top, and two at the bottom, which appear as more like car grills than speakers. Oddly enough, while the rear cover may be removable to mount your SD card and SIM, you cannot remove the battery, which is fixed in place.

The remaining exterior of the Z30 remains fairly standard to BlackBerry traditions. On the top of the device you’ll find the power button and 3.5mm audio jack. Down the right side is the 3-way, multifunction volume rocker, which can be used as zoom controls and capture button for the camera, as well as skipping through tracks when listening to music. The left side houses the microUSB and microHDMI ports.

When BlackBerry launched BB10 OS, it was evident that the larger screened Z10 was more suitable to the new OS than both the Q10 and Q5. BlackBerry has increased the size of the Z10’s 4.2” screen to a larger 5” screen on the Z30. Although the result isn’t revolutionary, there is clear evidence that the larger screened device is more suited to the native gestures of BB10. The screen has a Super AMOLED, 720x1280px resolution display, a marked difference over the Z10. Although the screen resolution may be slightly lower (768x1280px) and the pixel density suffering a bit due to the larger size, the colours are much more vibrant and true. It still falls some way behind the industry standards of today, with many other flagships sporting 1080p displays. Browsing the Web, and reading through emails reveal no shortcomings in this regard, but when utilising it for something more extreme, say an HD video, there’s a noticeable difference in quality. The same applies to higher resolution games. While the updated GPU can deliver adequate performance over the Z10, the clarity and sharpness of rendering is lost.

A simple glance at the specifications of the Z30 over the Z10 provides an indication that the former is a more rounded smartphone. The Z30 includes a Qualcomm Pro Snapdragon Dual-core 1.7GHz CPU, Adreno 320 GPU, 16GB, 2GB RAM, and a much larger 2880mAh battery. Like for like comparisons with many of the other industry leaders won’t have you jumping for joy, but it is a little improvement over the old. The QNX-based OS is light enough to perform all tasks with relative ease, being able to switch between tasks and apps with no residual stutter or lag. While the performance may be adequate for BB10 optimised applications, the same performance isn’t observed with any of the Android-based apps. With the BB10 update now allowing straight installation of APKs, running Android apps is something many developers and enthusiasts are keeping a keen eye on. Unfortunately, there just isn’t enough under the hood of the Z30 to accomplish all, but is sufficient enough to get the job done at the end of the day.

[More on the Android capabilities in the BB10.2.1 review]

BlackBerry has squeezed an additional 1080mAh into the Z30’s battery, prolonging its lifespan rather dramatically. Although updates to the OS allowed for more leeway in terms of duration of the Z10’s battery life, it just didn’t make the cut. With the Z30, however, there isn’t any of the same hiccups, not as much at least. During the 14-day review period, the review unit was charged less than 10 times. On occasion, the battery life could easily extend into a 2nd and 3rd day, although overall usage may have been slightly down. Be that as it may, the Z30 can easily last the full day, without the frantic countdown to 0%.

The Z30 dons the same 8MP camera that you’ll find on the Z10. While the Z10 didn’t have HDR out the box, a simple OS update added the functionality in the months subsequent to its release. The Z30 includes this feature from the start, and performs identically, both with HDR enabled and without. Taking photos under regular sunny conditions yields satisfactory results, with bright and true colours. Out of this windows in slightly gloomy, night-time, under lights, or marginally unstable conditions, and you’re left with a blurry or grainy, or both, images. Even the colours appear different under bad lighting, including an orange hue that doesn’t exist in reality. Due to the low performance of the device over competitors, HDR doesn’t perform as well either. Keeping the device steady for an extended period allows for great images, but even the slightest of movements, both from yourself and your subject matter, creates undesirably blurry snaps. Under normal circumstances users will have no issues with the camera, which ready to snap even in bursts when holding the capture button for a few seconds.

While the BlackBerry Z30 may be a separate device in its own right, it’s hard not to draw comparisons between it and the previous flagship, Z10. In truth, the Z30 can’t be seen as a complete overhaul, offering little more than a few tweaks here and there. Thankfully, though, these tweaks are all in the right areas, with battery, screen size, CPU and GPU seeing upgrades that make a significant difference to the overall experience. That said, there may have been even better value if BlackBerry also considered increasing the resolution of the display to full 1080p to fully utilise the enlarged 5” screen.

The RRP for the Z30 comes in at R8,799, which may be a deterrent for many already on Android and iOS platforms, and even BB’s own BB7 OS users. Thankfully, however, a quick search on South African online stores reveal prices ranging between R5,500 and R6,000 (depending on shipping), making it more appealing, especially when you consider a device like the Samsung Galaxy S4 Mini has a RRP of around R4,499. Add in the updated BB OS to 10.2.1 (review up shortly) and it becomes an even more enticing offer. In short, the Z30, again, is a device BlackBerry should have released sooner; closer to that of the Z10, which in itself should also have been launched much sooner. Be that as it may, the Z30, away from all market talk, gossip and other company issues, is a great standalone device, and with a few changes (display and weight the most obvious) could actually be a contender amongst that of the big players.