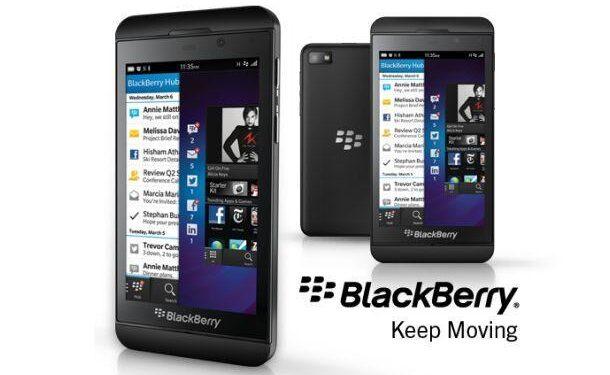 The 31st January 2013 marked what was, supposedly, to be the rebirth of the BlackBerry smartphone. Despite many industry predictions that RIM (now known simply as BlackBerry) would close its doors before, or even shortly after, the release of BB10, it hasn’t happened yet, and I don’t expect it to for quite some time, despite the mass of job losses seen over the past year. There’s no getting around the fact that BB10 and its accompanying hardware is quite a big deal, most specifically to the company whose fate is dependent on its success. The BlackBerry Z10, the company’s new flagship smartphone, landed a few days after its announcement in certain areas, and is already available in South Africa, both on and out of contract. And now we ask ourselves, should BlackBerry have pinned so much hope into two smartphones and a new OS, and was it worth the (extended) wait? At first glance, the Z10 has a very familiar look, resembling the Apple iPhone (disputed or otherwise). It is strange then to note that although the Z10 was in the works before the iPhone 5, it still looks very similar. Unlike the iPhone, though, the Z10 doesn’t have any physical buttons on the front, opting instead for the Nexus-esque buttonless face. What is included on the front of the device is a front-facing camera, notification LED, earpiece, proximity sensor, mic and the BlackBerry logo. The chromed BB logo on the front isn’t just for show, as it too forms part of the touchscreen (to be discussed with the OS and software). The smartphone is equipped with matte chrome-plated volume buttons on the side, along with a middle button between the volumes up and down to play/pause your music, while the power button lies on the top centre. On the left you’ll find the micro-HDMI port alongside the micro-USB port, which you would generally expect at the bottom. You will find the 3.5mm audio jack placed next to the power button on the top and a gap for the speaker at the bottom, which doubles as a grip to open the removable cover. The Z10 comes with a 4.2” screen, 1,280x768px display at 355ppi, which isn’t half bad. The screen, however, isn’t fitted with Corning’s Gorilla Glass technology. The display itself has quite a high rating ‘nits’ rating, which makes it easier to view outdoors. The only issue I had with the display is that on the odd occasion when you’re required to tilt the view, at certain angles the colours appear to mimic that of an old newspaper, with an off yellow tint. On most occasions, however, this isn’t noticeable. The Z10 also measures in at 66x130x9.3mm, thinner than any other BlackBerry, but doesn’t match the LG Nexus 4 (9.1), Samsung Galaxy SIII (8.6) or Apple iPhone 5 (7.6). The removable cover is a nice to have, since it means that the battery is removable, and there’s space for an SD card. Despite this, it still looks a bit on the lower end of the scale. The cover is made from plastic and coated with dimpled rubber. In all fairness, this does make the Z10 easier to grip in your hand and on any surface. Last year, RIM (as they were then known) stressed the point that the A and B versions of the Dev Alpha developer smartphone would not look anything like that finished product. At launch, it was clear to see, though, that only a few minor refinements were made for the Z10. In terms of the overall look and feel of the hardware, the BlackBerry Z10 doesn’t stand out from the crowd, unless compared to other BlackBerry devices, and certainly doesn’t have the makings of a flagship smartphone. Let’s see what we find under the hood. The BlackBerry Z10 comes standard with a 1.5GHz Krait Qualcomm MSM8960 Dual-Core CPU, Adreno 225 GPU and 2GB RAM. Although the processor isn’t bad at all, it comes after three newer generations of chipset have become available through Qualcomm. Thanks to its lightweight operating system, there isn’t much resource required, which means smooth operation for most uses. There are instances where the extra oomph was required, and lag was experienced, but nothing that would make users feel the need to pull out any hair or throw the device across the room. BlackBerry’s biggest annoyance still remains, booting up in well over 60 seconds. When compared to other smartphones, you could easily have booted, drafted and sent off an email before the Z10 has even shown its starting page. What’s even more bizarre is that even during shutdown, the device takes quite a lot longer to power down. Be that as it may, the Z10 still improves drastically over any previous generation BlackBerry device.

The device is fitted with a removable, 1800mAh battery, which on paper is respectable, lacks any longevity in real world situations. After some tinkering, I managed to stretch battery life from 12 hours, to a more respectable 24 hours, where charging your phone every night becomes the norm.

The BB Z10 has a front-facing, 2MP camera, as well as a rear-facing, 8MP camera, which is common practice for most smartphone OEMs recently. The 2MP camera is able to capture 720p video, while the 8MP camera captures full HD, 1080p video. The rear-facing camera is also paired with an LED flash, autofocus, check quality, Geo-tagging, continuous auto-focus, image stabilization and face detection. More on the camera app can be found in the BB10 review, although it’s safe to mention that the software can be a bit tricky to operate, especially if the users are more adept to Android and iOS operating systems, but does offer an insane amount of consecutive photos with its version of photo burst.

The Z10 comes standard with 16GB of internal storage, while it also offers SD card support for up to 32GB when you require the additional space. In terms of connectivity, it is NFC-enabled (as in later versions of the previous generation), can support LTE in some regions, HSDPA at 21Mbps and HSUPA at 5.76Mbps, Wi-Fi 802.11 a/b/g/n, dual band and Bluetooth v4.0 with A2DP. The NFC antenna is actually built into the removable cover, which is connected via two pins at the below the cover. There are occasions when the hardware doesn’t operate to the level you would expect, apart from those already mentioned. The speakerphone, for one, doesn’t provide audio output when required, especially when using the turn-by-turn navigation software native to BB10. As much as I would have liked to have come to the conclusion that the Z10 isn’t worth a penny, I can’t. Despite its obvious lack of specifications over industry leaders such as Apple, Samsung, HTC, etc. there’s just something about the Z10 that works, most importantly thanks to its resource-friendly QNX-based OS, BB10. There are a number of traits that still exist from previous version of the OS, which will please those die-hard fans, having seen some updates and UI touches to match the new look and feel. In time, I can see that BB10 and the Z10 can grow from here on, and is something I will be watching with interest. The Z10 is a bit on the expensive side, and will set you back R7000 out of contract, which is seemingly a shot in the foot. A more respectable price could have done a lot more for the device. In the end, though, this all might still be too late to save this juggernaut, although the company has definitely changed my outlook on its devices and OS, if only for the time being.

The BlackBerry Z10 has already been released in South Africa by means of Vodacom, while MTN, CellC and 8ta are planning launches for the 1st March. For those having difficulty getting to grips with the new OS, you can visit the BlackBerry Z10 official page for how-to videos.