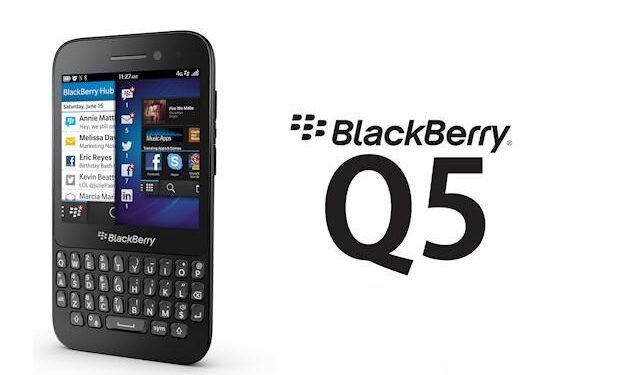 RIM has been headlining news of late; both the good and the bad thereof. Despite having a tough time of late, work on BlackBerry-related software and hardware is still ongoing, evidence of which can be seen with the announcement of the BB Z30, BB10 OS updates, and BBM availability on different OS platforms. Despite all that’s been going on, we managed to get our hands on the BlackBerry Q5, the ‘budget’ BB 10 device amongst the likes of the Q10 and Z10. While the BB Q10 and Z10 were seen as replacements for the flagship Bold smartphone, the Q5 should have been where RIM were to make their comeback. This may be a strange statement in isolation, but when you consider that the success of BlackBerry was established on offering affordable package and device alternatives to the market, it would have made more sense to have launched with the Z10 and Q5 back in January. This statement is supported by the fact that BlackBerry smartphones remains one of the top sellers in 3rd-world markets, even here in South Africa. The Q5 shares the same naming convention as the Q10, but that’s almost as far as the resemblance goes in terms of its overall design and build (if you don’t count that they both have a physical QWERTY keyboards that is). Unlike the Q10, the Q5 doesn’t have the same glass-weaved patterned, removable back cover. Instead, access to many of the ports lie behind a few plastic flaps on the side.

As diehard BlackBerry supporters will tell you, the keyboard is one of the most important aspects of any device. The Q10 had a lovable ergonomic design with its sculpted keys. RIM have opted for a flatter design and different layout, which ultimately feels more clumsy and cheap. While the actual usage didn’t deliver too many headaches, you can’t help but wonder if the layout and build couldn’t have been similar to the Q10, even with the cost restraints of a budget smartphone. The Q5 has the same sized, 3.1” screen with 720x720px resolution as the Q10, but is fitted with an IPS LCD capacitive touchscreen, opposed to the Super AMOLED capacitive touchscreen of the Q10. In a surprising twist, the Q5’s display seemed to handle all the same quality checks as the Q10 without too much difference, and in some cases displayed brighter imagery, even when viewed under sunlight. The 328ppi pixel density means that text in emails and messages are always clear, as with images and movies, despite the small screen size.

Other specifications include a slightly older Qualcomm Snapdragon 4 Dual-Core 1.2GHz CPU, 5MP rear-facing camera, 2GB RAM, 8GB internal storage, LTE support and 2180mAh battery. This, then, is a mixed bag of goods when compared to the Q10 or Z10 BB10 devices. The Q10 and Z10 suffered quite slow boot up times with more powerful engines beneath the hood, and the Q5 is no different here, which seems an ongoing battle for BB OS smartphones in general. The change in CPU (and GPU) has also meant that a few apps (mostly games) aren’t compatible with the Q5, and aren’t available for purchase or download via the BlackBerry World app store. The battery performance, however, was one of the standard features on the Q5, being able to last more than one full day between charges; sometimes up to two days on lighter usage. At the end of the day, the BlackBerry Q5 is a budget device, and doesn’t stray too far from that description. The big disappointment is that the device isn’t a subtle downgrade from the Q10, but quite a big step down. It goes a long way to just present something that at least looks the part, even with more cost-effective materials, and simplified design. That said, there’s nothing extremely hair raising about the device’s overall performance, with an OS build matching that of the Q10. The major issue here, then, was not to offer this more affordable Q5 option from the start, before the Q10. All the while, the Curve smartphone still outsells the Q5, Q10 and Z10 units in many emerging markets. At a RRP of R4,999, the BB Q5 isn’t your typical budget smartphone either, and twice as expensive as some of the previous generation BlackBerries. If you want a better BB10 solution, stick with the Q10.