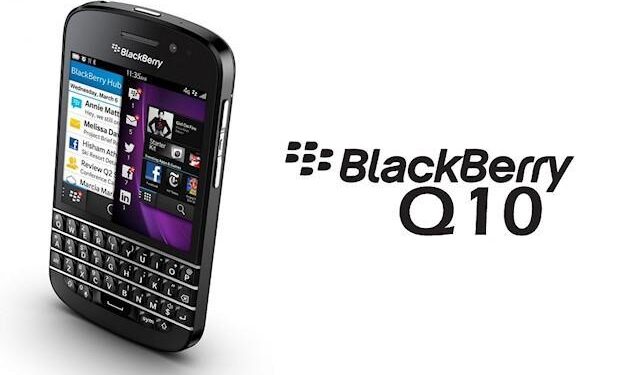 While the BB Z10 was launched between March and April (depending on the operator), the Q10, however, became available to South Africans two to three months after the Z10. The BB Q10 sees a return of the tried-and-tested from the Canadian OEM, fitted with the, once standard, QWERTY keyboard. This, then, is the smartphone that BlackBerry fans were waiting for. But how will it compare to other smartphone offerings and will it interest any non-BB users to the platform? On first glance, there’s no disputing the look and feel, which has BlackBerry written all over it. The Z10 was seen as an attempt to draw in new owners, mimicking designs from the Apple iPhone and the likes. There are no such comparisons with the Q10. Unsurprisingly, it is the inclusion of the physical keyboard that has drawn many back to the brand. The overall design, however, doesn’t really inspire, with a soft-touch coating back cover, which at least provides more grip when in use. A glass-weave finish, as with the 9900, would have had much more appeal. It is worth noting that the White version has a rubberised back cover, similar to the Z10.

The smartphone may have a 4.71” frame, but the screen only measures 3.1”, with 720×720px Super AMOLED capacitive touchscreen at 328ppi. Although the Z10 has a more respectable 4.2” screen at 355ppi, the display on the Q10 seems more crisp, clear and vibrant. The OS has also been tweaked slightly to accommodate the smaller screen size, which works in most cases. Problems arise when browsing online or when using certain apps, resulting in having to scroll from left to right more often than you’re accustomed to. This issue is largely due to the square resolution, which most websites and apps aren’t designed for. Other native features like the BlackBerry Hub still perform as expected, which integrates with your email, Gmail, Facebook, SMS, Twitter and BBM notifications, all rolled into one. The UI is very stable, smooth, and rarely lags at any point during its use. Although there has been a marked improvement since I last reviewed the Z10, the app ecosystem still lacks quite a long way behind Google Play and iTunes, even the Windows Store. In terms of its hardware, there isn’t much to write home about here. The Q10 matches specs of the Z10 in most aspects, including a 1.5GHz dual-core Qualcomm Snapdrgon Krait CPU, Adreno 225 GPU, 2GB RAM, 16GB internal storage, microSIM, microSD, microUSB, microHDMI, 3.5mm audio jack, and 8MP rear- and 2MP front-facing cameras. One of the more interesting differences between the two is that the Q10 has a 2100mAh battery, a full 300mAh over the Z10. Coupled with the more powerful battery, the smaller screen also means that consumers can enjoy much longer continuous use. For normal use, I managed to get through two or three days without having to recharge, although with a few tweaks and certain functionality disabled. Battery optimisation suffers under certain conditions, including gaming and even browsing, which was a little off putting. As with the Z10, the Q10 comes in two versions, 3G or LTE enabled, the latter being available with the Qualcomm chip. Irrespective of all that has been said previously, there no denying that the highlight of Q10 is its physical keyboard. With a total of 35 ergonomically sculpted keys (which form a curved shape), it’s not hard to achieve faster results over the onscreen keyboard of the Z10. The layout isn’t far off the standard BB QWERTY layout of old, with one noticeable difference; an alternate function on the 0 for microphone activation. This is used to trigger the BB10 Voice Control feature, which although seems nifty, it’s fair to say I’d much rather use the keyboard. In fact, if you’re using the keyboard instead of the microphone, you can simply start typing from the main menu, which then triggers a search for apps and/or contacts. There are even a few shortcuts thrown in such as typing “email” or “bbm” to launch those apps. These are quite handy functions of the keyboard, something you don’t get with the Z10. Where the Z10 outshines the Q10 is with its predictive typing. Although it can be enabled on the Q10, it just doesn’t match the fluidity native to the oncscreen keyboard, especially with the “swipe up” feature. Although the BB Z10 is the clear flagship device for BlackBerry and its BB10 OS, I do think the Q10 has been unnecessarily overshadowed in most parts. The Q10 has almost all the features and functions of the Z10, with a few additions of its own thrown into the mix. Undoubtedly, the Q10 will be loved by those die-hard fans BB fans of old. The Q10 is nice to use in almost its entirety, with no major faults and annoyances, although there is definitely still room for improvement with future models. Unfortunately, though, I don’t think the Q10 does enough to sway those who’ve already made the switch to full-sized touchscreens with onscreen keyboards, playing Angry Birds and watching hours of YouTube videos on a bigger display. Pricing, although slightly cheaper than the Z10, may not aid the cause either, at prices ranging between R6,000 and R7,000.

At the end of the day the big question remains: while the BlackBerry Q10 is a smartphone you can easily grow to love and use, will you want to?