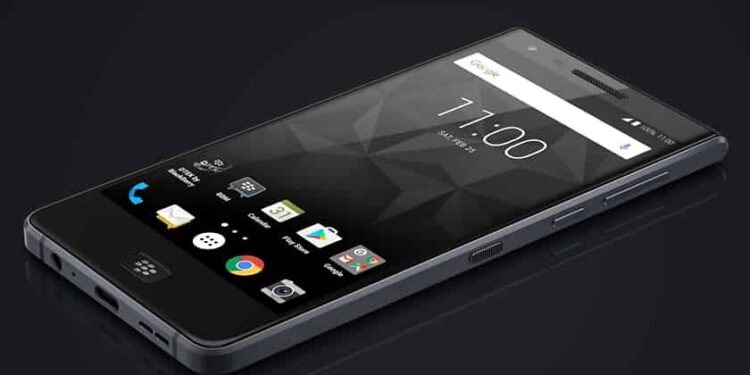 As with all of their recent smartphones, BlackBerry has produced quite a number of inspiring codenames for their upcoming releases. While this habit is nothing more than smoke and mirrors, the eventual names of the devices are a letdown in comparison. This latest smartphone, codenamed “Krypton”, is no different. Eventually, it was released as the BlackBerry Motion, which isn’t all that bad in comparison to previous device names. Unlike previous releases, however, there wasn’t as much hype built up in the running to the launch, but the device is still an important one for the company.

The BlackBerry devices of old were known mainly for key features, a physical keyboard and long battery life. (It also came with its set of negatives that were also a given). While things have changed a lot since the years of BlackBerry dominating the smartphone market, their latest range of smartphones has also started a trend of unmistakably BlackBerry, this time coming in the form of its design, as well as the variation of Android it produces. But, is there a place in the market for another Android-based BlackBerry smartphone? Since switching their operating system to Android in 2016 with the PRIV, BlackBerry has also switched things up when it comes to their design of the smartphone. For the better, that is. The Motion, I would say, has a much better build quality and overall better design than its predecessors. The design, to me, is reminiscent of the Huawei P7 with it curved top from back to front, and a curved bottom on the sides. The asymmetrical top and bottom make for an intriguing look, both of which have a smooth finish. The rear of the device has the more noticeable rear crosshatch pattern, which looks like carbon fibre, with a rubberised finish, as well as the large BlackBerry logo in the centre. The top side of the rear has a brushed metal finish, which houses the rear-facing camera on the left-hand side of the “strip.”

All of the buttons reside on the righthand side of the device, with a layout that’s rather confusing and not well thought out. For most users, the easy access thumb button would be the power button, which BlackBerry have swapped out for a shortcut button. The power button, then, is fitted slightly above this, which is where the confusion comes in. While the shortcut button isn’t accessible without unlocking the device first, it is annoying clicking away with the device not turning on. The volume rocker is placed above the power button, but there are no real issues with its placement. BlackBerry has also included a menu bottom on the bottom centre of the front, which features the BlackBerry logo. It also doubles as a fingerprint scanner, which does a pretty decent job of unlocking the device. It isn’t as quick as some of the best I’ve used, but the front and centre position of the scanner is welcome, especially as we await the in-glass scanners to become the norm.

The overall build feels and looks a lot better than BlackBerry’s recent devices, mostly due to the fact that it hasn’t tried to sneak in the physical keyboard many fans still desire from their BlackBerry device. The lack of keyboard also means that BlackBerry could bolt things together more tightly, and offer a water and dust proof IP67 rating. Unlike many leading flagships of 2018, the Motion doesn’t feature an edge to edge screen, instead opting for a more conservative approach to its 5.5″ variant, which has an IPS LCD panel with a 70.2% screen-to-body ratio. The resolution, too, isn’t earth-shattering either, measuring just 1080x1920px, with a 403ppi pixel density. Visually, though, there aren’t any shortfalls on the display, as it looks both colourful and crisp. Viewing angles are also good before colours distort, while the blacks are sufficiently dark. It’s not the most exciting and won’t deliver any special additions to make it stand out from the pack, but it gets the job done well enough. When it comes to overall computing power, the BlackBerry Motion does a good job of punching above its weight class. It isn’t enough, however, to compete at the highest level, with other flagships achieving much higher benchmark scores. There wasn’t any lag or jitter at all during normal operations throughout the review period. Where the Motion does take some strain is when you bundle a few different tasks at once or run a very power-hungry application. On more than one occasion, there were games that weren’t able to deal well with graphics settings set to high or, in some cases where there are options to speed up play, the game starts to lag and skip a few frames. Fitted with the Qualcomm Snapdragon 625 chipset, and Adreno 506 GPU, the results are pretty much on par with what one should expect.

Where the Motion does compete more adequately is in the form of its battery life. Packing a 4,000mAh, non-removable Li-Ion battery, the unit is able to last quite a length of time before needing to be recharged. There are many factors that add to the reduction of consumption, the biggest of which comes from the lower resolution, 1080p display, which requires less power to operate. The lower spec CPU also plays a role in reducing the device’s overall footprint, and despite a few shortfalls with a few games heavier tasks, the payoff is well-received. It’s no exaggeration, then, that the battery was able to survive into a third day before a charger was required. On a normal day’s use, I depleting between 30-40% of battery, which means I could go halfway into the third day, which was quite crazy when you really think about it. On my Samsung Galaxy S9, there are days where I’m unable to last a full workday, from 8AM when I leave home, to 8PM when I return. The pressure of not having to charge your phone for a day or two is quite mindboggling by today’s standards and something really worth considering when purchasing your next smartphone. Since the release of the BlackBerry Z10 a few years ago, I was always taken by the firmware the company put out on the market. The BlackBerry OS may have had its challenges when it came to the dev environment and buy-in, but the layout and built-in features are something I always appreciated. The Hub app/feature was always one of my favourite BlackBerry additions, and that’s no different on the Motion. Since its switch to Android as well in 2016, BlackBerry has built an eco-system based on security for all of its devices, which continues here. The level of integration provided to the user is something that other OEMs shouldn’t take for granted going forward, as the market starts to flatten in terms of how much CPU power and megapixels one can through at a consumer.

There are a few niggling aspects about the latest OS build that bugs me, the first of which is that it’s still running Android 7.1.2 Nougat, with most other leading OEMs already on Android 8 Oreo. The device was originally launched in December 2017, which makes a little sense of it, but given that it has only recently hit the South African markets, it’s a bit of a letdown to be running on an older OS. The second issue I had with the software is that there’s no built-in news feed, or the likes. Samsung has bolted their Bixby feed to the homescreen, while most other Android OEMs have chosen Google’s Now platform. I would have preferred to have had the Now platform also built into the Motion’s homescreen, or even the Hub, as was the case with the Z10 all those years ago.

The BlackBerry smartphone was never well-known for its great cameras. It’s no different on the Motion. With a 12MP single-lens camera fitted to the rear, you aren’t going to find anything out of the ordinary. The camera does a good enough job at taken photos in well-lit environments, but don’t expect the same with the light starts to fade, or with a few other trick shots that many leading smartphones pride themselves on these days. It does, however, offer 4K video capture, along with other industry standards such as HDR, so it’s far from a pushover in that respect.

The camera app offers a quick snap photo, which does a good enough job of taking photos in a rush. These photos, however, can sometimes be misleading. Often times when taking a photo that seems to have sufficient focus and lighting, can sometimes end up faded, dark, and out of focus when reviewing them in the gallery. Quicksnap, then, isn’t all that great in the end. Colours in photos aren’t overly colourful, offering a flat image with a cool tone rather than more natural or vivid reproductions. 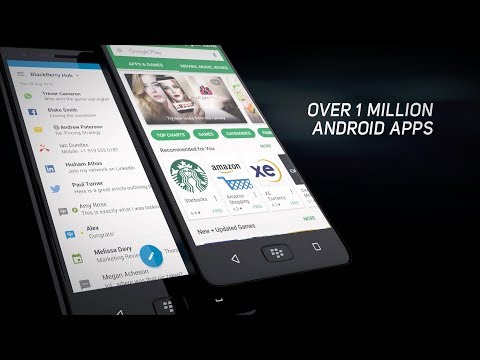 At the end of the day, the BlackBerry Motion is a solid phone, that’s built more for the business user, than the everyday consumer looking for the latest and greatest, while also trying to capture every moment with the 20MP dual cameras. At a cost of R7,499, the unit slots into a gap between mid-range and flagship. The problem it has competing in this space is that it’s easily outclassed in terms of specs by its competitors, and draws most of its marketing from its secure Android platform on a ticket of being the most secure smartphone you’ll own. If that is something of concern to you, the Motion will definitely be of interest to you, but, if you’re like the majority of consumers out there, you’ll steer more towards the luxury items such as speed, good looks and a great camera, which the Motion doesn’t have.