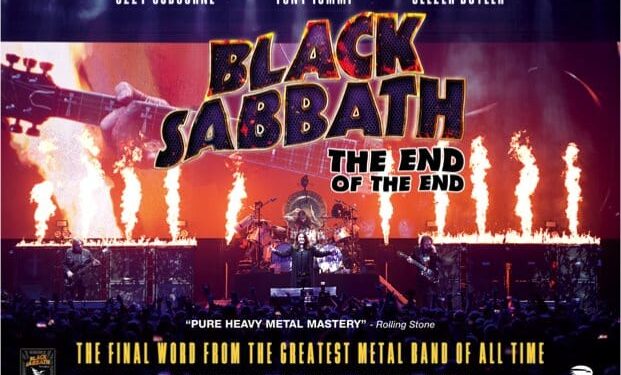 “I… AM… IRON… MAN!” With that booming declaration, Ozzy Osbourne lets the fans know that he means business. As lead guitarist Tony Iommi explains shortly before, if they left Iron Man off their playlist at this gig, the fans would be seriously pissed off. Hardly surprising, since it’s one of their most iconic songs known around the world to rockers, metal-heads, and even fans of comic book movies these days. But there’s more to it than that, and you can see it. Black Sabbath may be more about the music and the fans than they are about their financial success and industry reputation, but at this gig they’re also having the time of their lives on stage, genuinely enjoying themselves. And, damn it, they’ve earned that happiness the hard way. Black Sabbath is usually credited as the band who created the genre of heavy metal and, after 49 years in the business, this is their final tour. They’ve survived a career of booze, drugs, poor management, band break-ups, health problems and worse, and they’re still going out on top. More than that, they’ve decided to finish their touring career where they started, back in their hometown. It’s a homecoming and a farewell, but there are few tears even though it’s an emotional event. Instead, they’re laughing as they bow out, knowing that they’ve succeeded in a business that never wanted them and played by their own rules the whole time.

It’s that sort of attitude that led to a one-night-only cinema screening of this concert movie/documentary, shown at select locations around the globe. The one I attended was playing, unsurprisingly, to a packed house of fans of all ages. The man next to me, who’s probably a sensible, suit-wearing accountant in his day job, is dressed like a biker who would kill Mad Max. “I first saw them play live in 1971,” he informs me, before chugging down half of his beer. “They kicked ass then, they kick ass now.” I can’t disagree, although I’m fully aware that I wasn’t even born in 1971. Further down the row, an old lady who is probably someone’s great-grandmother headbangs like she’s twenty as Sabbath launch into their song Paranoid. She would fit in with twenty-something crowd sitting just a few rows forward, as they headbang too. I don’t know if I’m old or young anymore, and it doesn’t matter. As a concert movie, The End Of The End is about far more than the music. Many of their classic songs that they perform on stage (and in a private jam session several days later) aren’t shown in their entirety. That may disappoint some fans, but there’s a great reward too. Every time the music quietens, the audience is given interviews and personal moments of the band, almost all of them touching or hilarious, or both.

Ozzy, sometimes lucid and sometimes spaced-out, battles with a pair of headphones which seems to genuinely despise him; bass player Geezer Butler proudly displays his Aston Villa guitar, pointing out that the lovable losers of the footballing world mean more to him than Black Sabbath itself; Iommi explains that when they were starting out they were told to go away, learn how to play their instruments properly and play nice music rather; Ozzy cracks jokes about jet-lag and being drunk, and reflects with a zen attitude about how lucky they were that their cash was stolen over the years by disreputable people in the business, because more money would have killed them; Iommi discusses his cancer, while a befuddled Ozzy still marvels at how a man missing the tips of his fingers can be one of the world’s greatest guitarists. Plus, they tell the story of how a group of witches gathered outside their hotel rooms once, burning candles and believing that Black Sabbath were connected with dark forces and magic. The band, with their characteristic irreverence, blew all the candles out and sang “Happy Birthday” to them. It’s a funny story, and proof that they never took themselves too seriously. That good humour is there even on stage at their last concert, as Ozzy pulls increasingly silly faces at Iommi just to make him crack up laughing – regardless of the 15 000 screaming fans who want to hear him play faultlessly. Iommi, impressively, grins and laughs but still delivers a perfect set. They’re having fun, the audience is having fun… and everyone in the cinema who showed up were having fun too.

They even clapped and cheered at the end, as if they were watching the concert in person. That’s how good it was because it connected with the fans in exactly the same way Black Sabbath always has. It isn’t a nostalgic trip down memory lane as the curtain came down on their touring career, it’s a funny, rocking, ass-kicking declaration of how they set the bar for heavy metal and never fell below it themselves. People talk about a feel-good movie, but this concert/documentary had fans of all ages leaving the cinema with genuine energy. 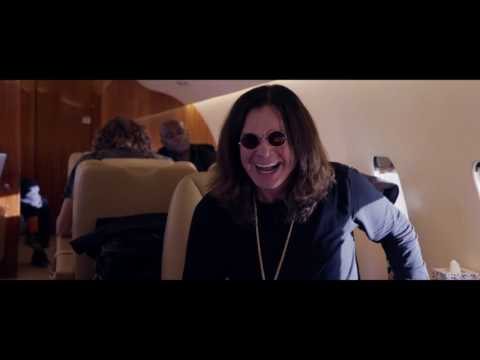