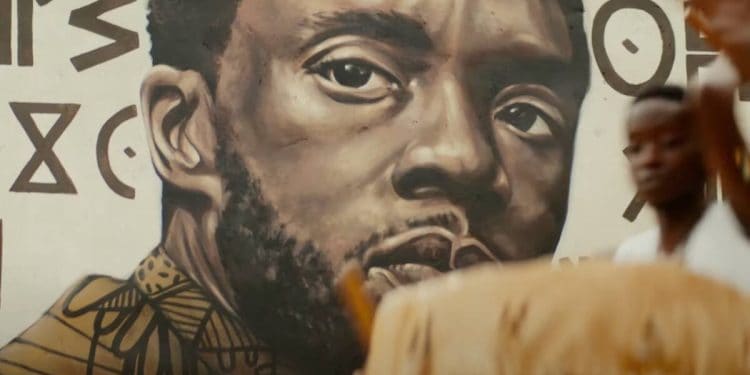 The teaser trailer for Black Panther: Wakanda Forever is out and the internet is already full of theories, ideas and rumours as eagle-eyed fans spot Easter eggs.

Black Panther, which is based on one of the most popular black superheroes, took the world by storm in 2018, making a total of US$1.3 billion worldwide, making a domestic killing. Since the movie’s events, fans have been eagerly awaiting the next bit of news about what will happen in or to the technologically advanced city in the future of the Marvel Cinematic Universe. That day finally came as a teaser trailer was released during the Marvel Studios’ Hall H panel at San Diego Comic-Con this week, finally giving fans some much-needed closure.

Did you spot these Easter eggs in the Black Panther: Wakanda Forever trailer?

The Death of King T’Challa

Since Black Panther’s lead actor Chadwick Boseman’s passing in 2020, fans have wondered how the sequel would move forward without him in such a memorable role.

The Black Panther: Wakanda Forever teaser trailer confirmed that his character, King T’Challa, has passed. His sister, portrayed by Letitia Wright, and Mother Queen Ramonda, portrayed by Angela Basset, can be seen walking side-by-side along with a dancing procession of people all wearing white. Shuri can be seen carrying her brother’s suit’s helmet. A large mural of Boseman’s character can also be seen later in the trailer.

In some cultures, such as Ethiopian and some Buddhist cultures, white is their colour of mourning, indicating that they are walking to King T’Challa’s funeral. The logline of the film confirms this, stating that Queen Ramonda, Shuri, M’Baku (portrayed by Winston Duke), Okoye (portrayed by Dania Gurira) and the Dora Milaje (an elite military force) “fight to protect their nation from intervening world powers in the wake of King T’Challa’s death.”

In the Black Panther: Wakanda Forever trailer, Queen Ramonda addresses her nation saying, “I am Queen of the most powerful nation in the world, and my entire family is gone.” It is believed that this moment is a flashback that took place after Thanos (portrayed by Josh Brolin) snapped his fingers using the infinity gauntlet and wiped-out half of all life in Avengers: Infinity War.

Shuri was amongst those who were erased from existence but was resurrected when Tony Stark/Iron Man managed to reverse the snap in Avengers: Endgame.

Birth of a New Warrior

The Black Panther: Wakanda Forever trailer also features a few short moments of a heavily pregnant woman underwater with another person shortly before she gives birth, and we see the new baby floating in the water – umbilical cord and all. This scene depicts the birth of Namor the Sub-mariner, a character in the comics that is the mutant son of a human man and an Atlantean princess but seems to have Aztec origins in the movie but far be it for us mere mortals to question Marvel Studios.

Namor is set to be portrayed by Tenoch Huerta and it is yet unknown how he will fit into the Wakandan story.

Dominique Thorne is shown in the trailer making her debut in the MCU by building her suit, in a classic tribute to Iron Man himself like how he built his first suit in his first standalone movie in 2008. Ironheart is a relatively new character, having been created in 2016 by writer Brian Michael Bendis and illustrator Mike Deodato.

Ironheart will also be getting her own series on Disney+ in 2023.

The Next Black Panther

All hope is not lost for the character of Black Panther, as someone else takes up the mantle in the Wakanda Forever trailer in its concluding shot. A person, concealed from the waist up, can be seen wearing a black and gold suit and unsheathing their claws. There is plenty of speculation about who the next Black Panther will be, but with the movie being released in November this year, there isn’t too long of a wait left before all will be revealed.

What other Easter eggs did you spot in the trailer for Black Panther: Wakanda Forever?