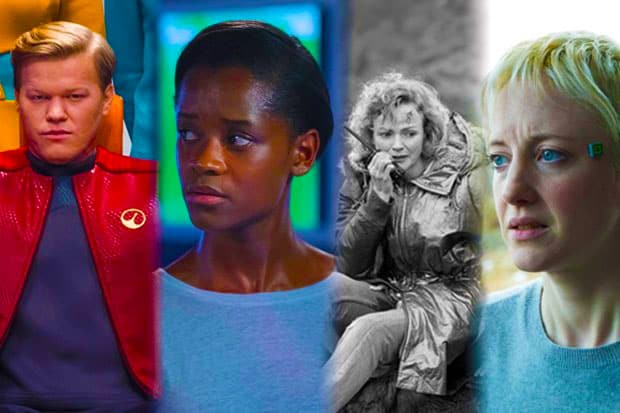 The wait for more of Charlie Brooker’s Twilight Zone-esque anthology series is almost over. Black Mirror Season 4 will premiere on Netflix on December 29th, 2017 and we now also have teasers for all six episodes of the sci-fi anthology series.

“Memories can be subjective. They may not be totally accurate, and they’re often emotional.”

After fearing the worst when her daughter suddenly disappears and is returned safely, a desperate mother is willing to try anything to prevent it from happening again.

Following a woman whose companions are mauled by a mysterious “dog” at a warehouse, “Metalhead” is a chase story set against the empty post-apocalyptic landscape of the Scottish moors.

“If [an object] did something bad, chances are, it’s in here. There’s a sad, sick story behind most everything here.”