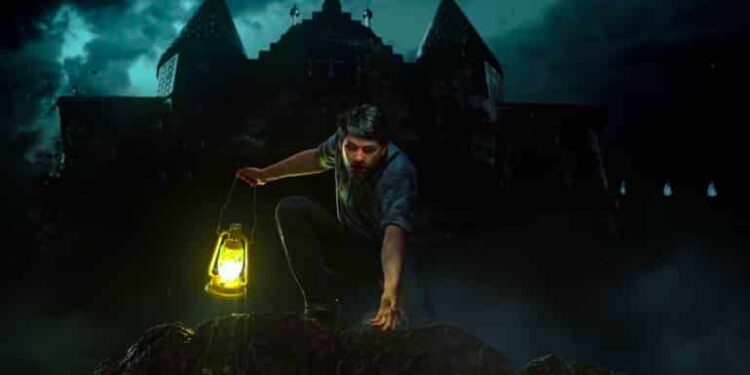 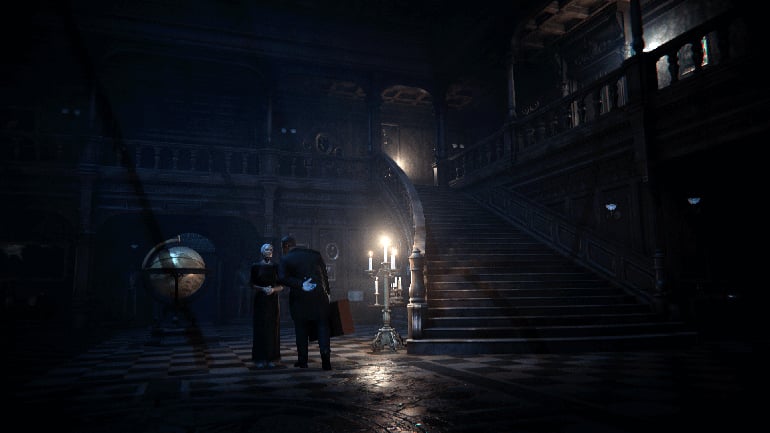 Though it shares the name, this game has nothing to do with the Black Mirror TV show. I enjoy the show, but this game just has something else about it. It is gothic horror at its finest. Like a brilliant novel, I find myself thinking about it first thing in the morning and last thing at night. It has become my safe space that I slip away to when I’m having to sit through another meeting or another reprimand for not applying myself to work. As the small hours of the morning crawl around, I want to play just one more chapter to find out whodunnit? And the answer to that question is as shocking as it is poetic, like a love letter between Charles Manson and Satan.

Black Mirror gives me the same feeling I got when I first played Resident Evil way back in the day. Not Racoon City, I think it was RE 2 which took place at the Wesker Mansion, all candlelight and shadows and gloom and impending doom. It’s beautiful! I really mean that. Every one of the over 150 locations is a work of art. Even though it is set in (fairly) modern-day England, it feels very Victorian and the anachronistic nature of it adds to the sense of unease. 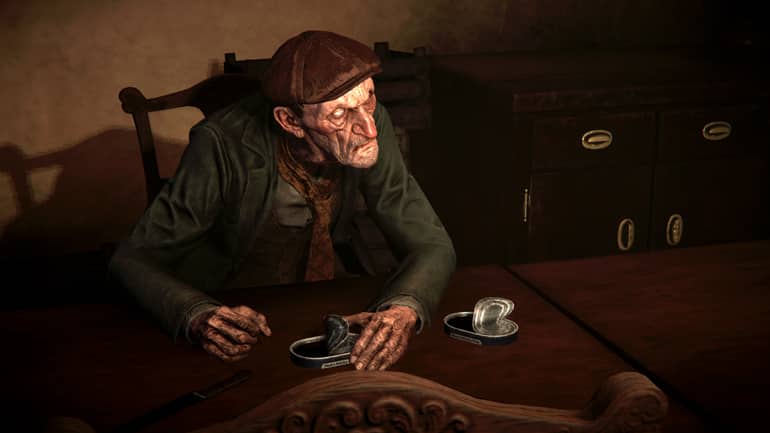 As far as I understand, this version is a reboot of the original Black Mirror released in 2003 by Czech games company Future Games. They released 2 sequels to the game and I hope they do that with the reboot as well.

You are Samuel Gordon, forced back to your ancestral family manor after 12 years, upon hearing of the death of your grandfather, William Gordon. His body was found dangling off the spiked fencing below a broken window and has been written-off as a suicide by everyone but you. The family manor, by the way, is called Black Mirror. You arrive there and begin your own investigation and soon discover your grandfather’s obsession with the occult and specifically his interest in the “Gordon Family Curse”. Not really something you want to be known for, I should imagine.

You spend the first few minutes of Black Mirror uncovering your grandfather’s research into your family history and discover that the Gordon line started back in the 1200’s by two brothers who were opposite sides of the same coin (kind of a living yin/yang type thing). The one brother was an evil son of a bitch who did some really nasty stuff to open a portal to hell on the current site of the manor and the other brother killed him and contained the portal, but didn’t close it. Before expiring, the evil brother, Mordred, pronounces a curse on his brother and all his descendants until five innocent souls are sacrificed and his evil soul will be released into the world once more. Chilling stuff!

Your grandfather’s notes also make mention of 5 keys necessary to shut the portal and that’s where your adventure begins. 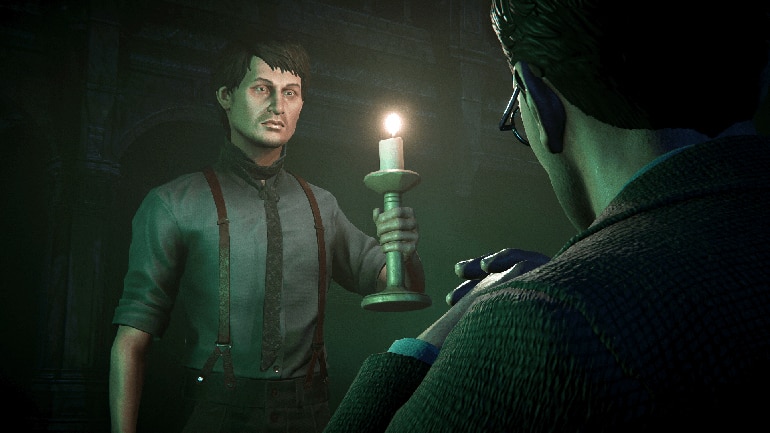 The gameplay is point and click, and the system works very well. The objects you need to interact with are easy enough to identify in the scene and puzzles are real brain busters. I fact, I will confess, I consulted the online walkthroughs more than once to find the solution to a puzzle or two. You spend your time exploring the Black Mirror Manor and surrounding lands finding clues and getting the keys. Five more deaths follow until the shocking revelation occurs at the end.

The story is perfect. The characters are deep and multidimensional, like characters in a good book and there’s a lot of really good voice acting. I do mean a lot. There are over five hours of voice narration throughout the game and this is, as far as I can tell, a point of contention for some.

Your character, Samuel Gordon, doesn’t sound like a video game hero. He is no Serious Sam or Max Paine type. He comes across a bit timid and unsure of himself, but I think that’s the point. He isn’t John McClane visiting his estranged wife over Christmas, killing terrorists with feet full of glass. He is just Samuel Gordon, mild-mannered English lad thrust into a Gothic world of insanity and evil. I like the voice treatment. I think it works. 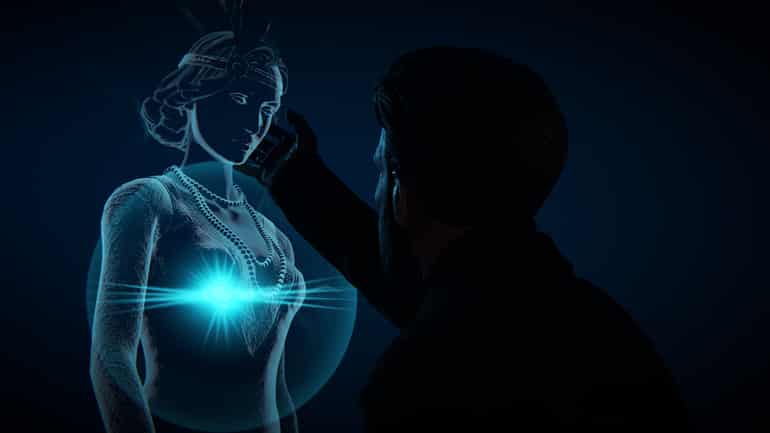 There are few plot holes that make you think. How did that character possibly do that when it happened over there and that character was all the way over there at the time? Again, this is not a deal breaker. The gameplay is really good and the puzzles are the right kind of challenging and the ending had me groaning like a tormented spirit cursed to wander the halls of some haunted manor somewhere cold, dark and miserable. It’s really fantastic!

I rate this game really HIGHLY! If all the joy of Christmas is leaving a sickly saccharine taste in your mouth, this game is the cure. It’ll have you shuffling around the house in your slippers, pale-faced,  muttering: “Abandon all hope ye that enters here…” So it’s the perfect Christmas gift then, in my opinion. It’s only available on PC, but it’s not very resource intensive so any fairly modern, entry-level GPU will give you a smooth playing experience. 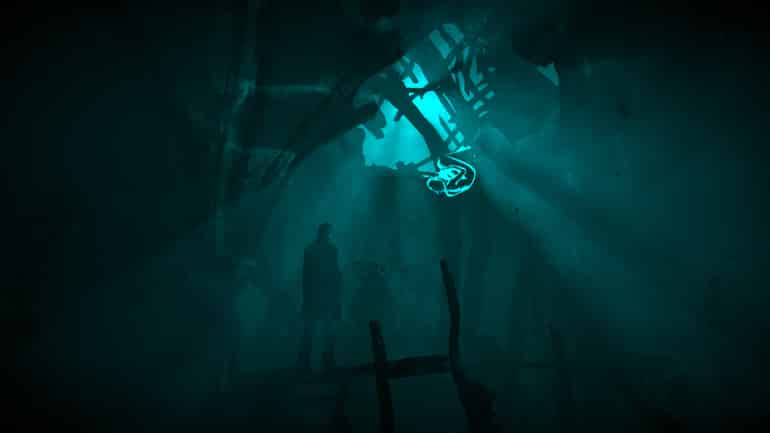 Ironically, Black Mirror gives me hope. Hope that we are not yet living in a world where the only choices we have are the mega-franchises, the Marvels and Star Wars and Call of Duty’s of the world, but there are small independent intellectual properties out there that are as good and often better than the studio giants.

Black Mirror is a fantastic point-and-click horror mystery game. I give it two thumbs up!