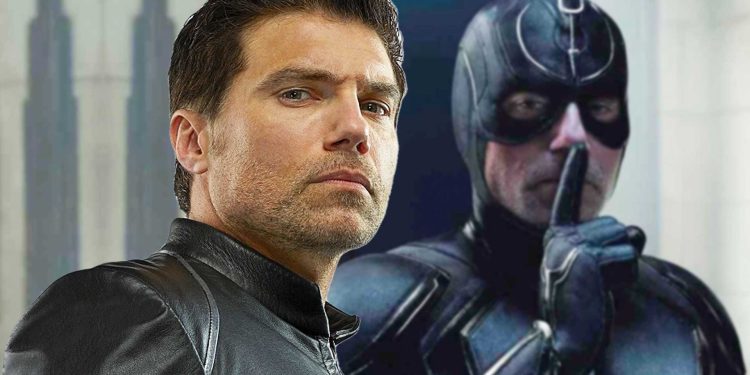 Doctor Strange in the Multiverse of Madness saw the introduction of many new superheroes and some returning ones. Anson Mount is hopeful for an MCU future after his character, Black Bolt, cameoed in the movie.

Without spoiling too much, Doctor Strange in the Multiverse of Madness (as the title suggests) sees Benedict Cumberbatch’s Stephen Strange travelling through the multiverse, where he finds a group of superheroes in an alternate universe – known as Earth-838. This group of superheroes, called the Illuminati, were that earth’s primary guardians, much like the Avengers in the universe that we are used to seeing.

Earth-838’s Illuminati consisted of MCU heroes like Mr Fantastic played by John Krasinski, Captain Carter played by Hayley Atwell, and Black Bolt played by Anson Mount. While there has been quite a bit of media coverage as to why Krasinsky probably won’t be returning to the role for Fantastic Four, Mount has expressed his interest in returning to the MCU in the future as Black Bolt.

Of course, Doctor Strange in the Multiverse of Madness was not the first instance of the Hell on Wheels actor stepping into the world of the MCU, or his first experience with the character, as he portrayed Black Bolt in ABC Series Inhumans in 2017. The series unfortunately only lasted for one season as it received harsh reviews from both critics and Marvel fans alike, leading to its speedy cancellation.

The failure of the series to impress fans left the future of all the featured characters in the air, wondering if they would ever make their way into the MCU or not. There is some speculation that Mount reprising his role is how Marvel Studios President Kevin Feige is testing the waters to see how fans will react to the return of more Inhumans.

Black Bolt’s Future in the MCU

Although Anson Mount managed to return for his role for the MCU’s Doctor Strange in the Multiverse of Madness, after coming face-to-face with the Scarlet Witch, Earth-838’s Illuminati were quickly wiped out, including Black Bolt. Despite Blackagar Boltagon’s gruesome end in that universe, it is not strictly impossible for the character to show up again.

After managing to chat with the actor at San Diego Comic-Con, Daniel Rasmus shared on Twitter how Black Bolt feels about possibly returning to the MCU. Mount made his return hopes abundantly clear when he said, “From your lips to God’s ears.”

Also on Twitter, Mount had previously expressed his gratitude for being able to reprise his role as Black Bolt, saying, “It was an honour & joy to finally work with Sam Raimi who reached out to engage me on how best to do this. Beyond grateful for the experience.”

This leaves plenty of room for hope for his eventual return.

Are you hopeful that Black Bolt will eventually be seen returning to the MCU?