It seems that Injustice 2 fans will be getting a chance to play as Superman’s alter ego, Bizarro.

Developer NetherRealm Studio has confirmed that Bizarro will be joining the Injustice 2 roster, possibly as a Superman premier skin, in a recent tweet. The tweet shows an image of Bizarro with the caption “Bizarro number one, not Superman!”. Although it doesn’t reveal much beyond the one image, it’s probably a safe guess that Bizarro will be a premier skin for Superman. We actually got to see him in action for a few seconds in the Starfire reveal trailer, which seemed to reveal that he will have his signature flame breath and ice vision.

“Bizarro number one, not Superman!” pic.twitter.com/06QiKUR6YQ

NetherRealm have really done a very good job with regards to their DLC content, as they have already released Sub-Zero and Red Hood, with Starfire releasing soon. It’s great to see a developer putting so much thought in their post-content releases. Hopefully, NetherRealm will keep up the good work and maybe, just maybe, they might release that Flashpoint Batman skin I’ve always wanted.

Injustice 3: The Matrix’s Neo Might Be the Best DLC Character Ever 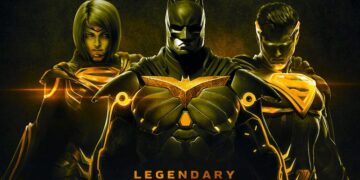 Injustice 2: Legendary Edition Review – All The Bells And Whistles

Justice League Gear And Skins Are Now Available In Injustice 2

Injustice 2 Adds The Atom As A New DLC Character

Mortal Kombat’s Raiden, The God Of Thunder, Is Coming To Injustice 2