Finally, we get to see the trailer for the highly-anticipated Bruce Lee biopic, Birth of The Dragon, starring Philip Ng and Yu Xia.

Set against the backdrop of San Francisco’s Chinatown, Birth Of The Dragon traces how a famous private brawl between Martial-arts legend and movie star Bruce Lee and Shaolin monk Wong Jack Man forged a new fighting style for Lee that led to his ascension to global star and the symbol of kung fu until his death in 1973 at age 32. Lee fought to make secret knowledge available to the whole world. To watch Birth of the Dragon is to be transported back to a crucial turning point in the cultures of both America and China.

Lee’s shocking sudden death shortly after the debut of Enter the Dragon makes it all the more difficult to distinguish between the true accounts of the master’s life and events blown up into pop-mythology. It would be interesting to see what direction this film takes.

It is the sophomore directing effort of George Nolfi, the Adjustment Bureau writer-director whose past scripts include Ocean’s Twelve and The Bourne Ultimatum. 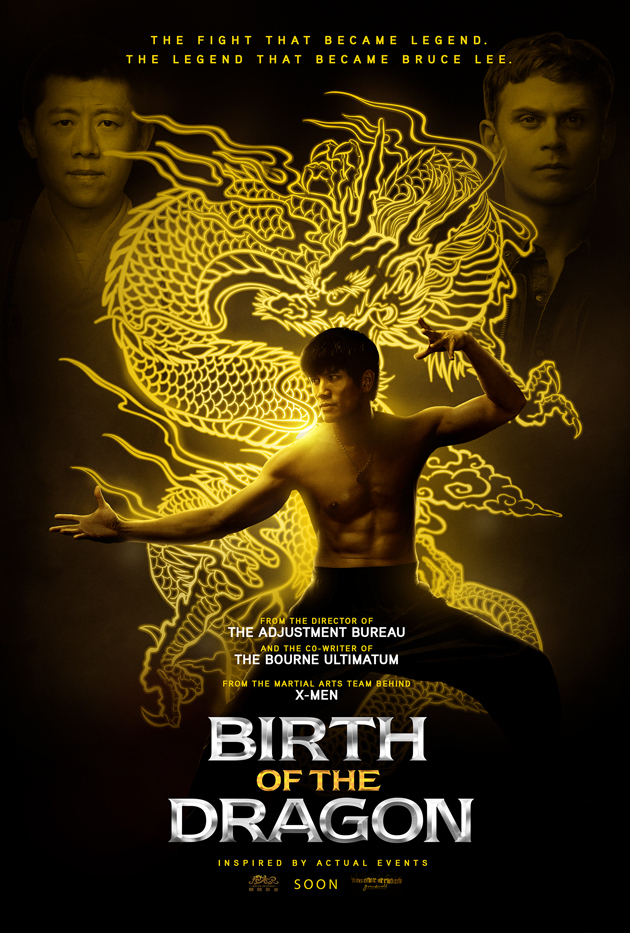