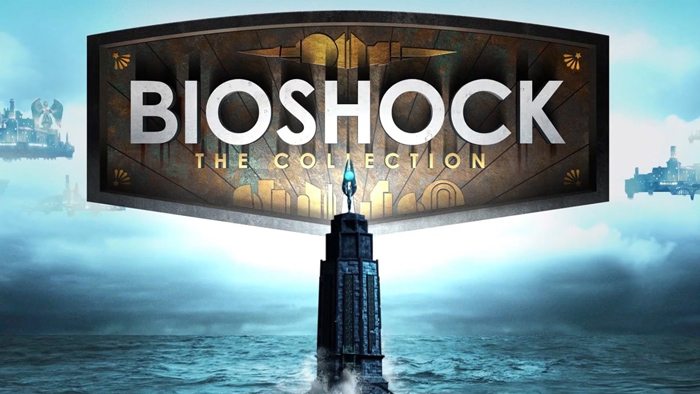 I don’t know if any of you can relate, but for me, there are a few games that will always be the benchmark that all other games will be held up against. They are the paragons of my gaming experience. Games like System Shock 2, the original Wolfenstein, Resident Evil 2… and BioShock. [dropcap]I[/dropcap] have often wondered why these particular games would have so much more of an effect on me than any other similar game, and I think it has a lot to do with the subject matter of the game resonating with where you are in your life at that moment.

Back in 2007, I was going through some stuff, grappling with the metaphysical, philosophical and existential issues in the world, why pain, why suffering… basically a yearlong self-indulgent pity party.

Instead of going off to India to feed hungry children, I bought a computer game and sat in front of my screen for lots of hours. That game was BioShock.

I had no idea what to expect. I loaded it and there was Ryan asking the exact questions I had been struggling with!

What is man? Why are we here? What value has morality got in the big scheme of things? And I’m thinking; “Yes, YES!” I dove into the game like a Vegan into tofu. The dank, rotting world of Rapture offering up grim horrors and surprises around every corner. It was like Edgar Allan Poe wrote a Rock Opera set in 40’s America. Beautiful!

Steam Punk and Art Deco are two of my favorite design styles, and the detail in this game just absorbed me. Finding out what the heck went on here in this place that was supposed to be a celebration of Mankind’s potential when freed from the self-imposed restrictions of morality and blah-blah-blah… on that fateful New Year’s eve was becoming less important, and just enjoying the sad beauty of the place was reward enough for me… 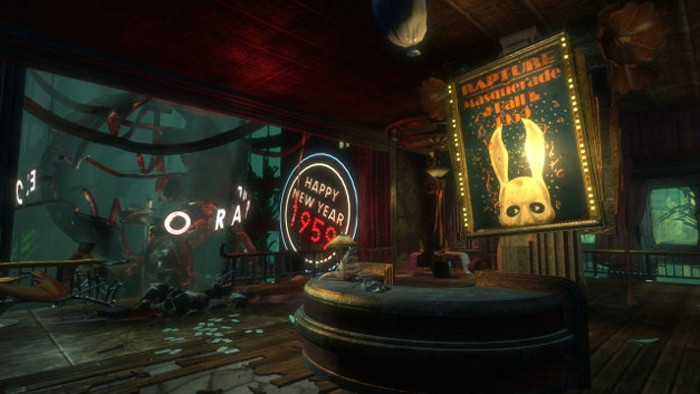 After several dozen hours of gameplay, I realized catharsis was setting in. Something was happening to me in Rapture! It became apparent to me that this game wasn’t extolling the virtues of Secular Humanism and subjective morality, it was warning us! Left to venture down this path of phenomenal arrogance, we will destroy each other and ourselves!

Then the game ended.

After a week of sitting in the dark in a nightgown and a pair of tidy whiteys, I opened the curtains, took a shower (much to everyone’s relief) and went outside to face the world with a smile on my face!

Let me just be clear, I am not one of those types who will stand in a cue for 5 days just to be one of the first to get my hands on a new anything… I will wait one day and walk into the store and buy whatever it is over the counter and walk out again, all in a matter of minutes.

But with BioShock 2, I pre-ordered. 2 months of daily phone calls to the store asking; “Is it here yet, is it here yet…?” led to them moving the shop (…they actually closed up and moved somewhere else…). They still swear it had nothing to do with me, but I’ve seen the looks they give each other when I bring it up…

I once broke up with a girl for a bunch of reasons I won’t get into now, but suffice to say, none of them were particularly good reasons.

After about two months I realized I made a mistake and went back to her and she agreed we should try again. 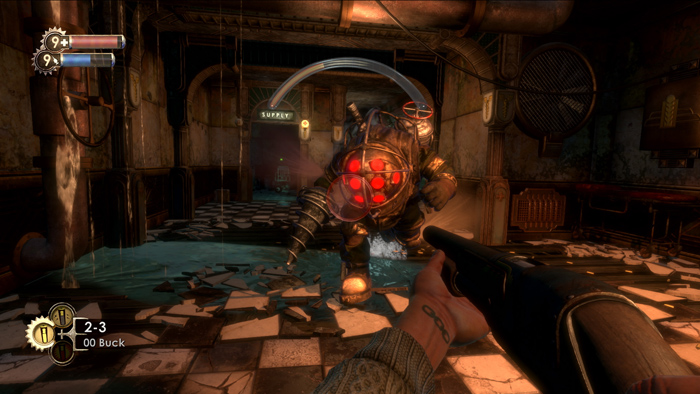 It only took about half a day to become apparent that, even though all the ingredients were the same, something was different… She would say and do things that she didn’t do before, and I would find myself thinking; “Where did she pick that up, who did she learn that from…?” and even though none of the things were bad, per se, they just weren’t what I was used to. Things were just different.

It may have had something to do with the fact that 2 was not worked on by the same team as 1. Irrational Games, helmed by Ken Levine and Shawn Robertson, created the original, and took back creative control for Infinite, but 2 was done by 2K Marin, a division of parent publishing house 2K Games, and I think it’s this incestuous relationship that caused BioShock 2 to feel like the gene pool had gotten a little shallow…

I’m not saying that 2 is the skid mark in the franchise’s underpants, it was still a good game, but it wasn’t as revolutionary as 1. There were a few nice additions, like dual Plasmid wielding and something they call wave-based combat, and in the Collection release of 2 they have done away with multiplayer.

I don’t count this as a big deal as I rarely, if ever, play multiplayer. Team sports have never been my thing.

BioShock Infinite was used by the original team at Irrational Games to correct the sins of the past, and in 2013 it hit the shelves. Needless to say, I was a little hesitant. I watched some gameplay demos, read some reviews and waited till the title hit the “2 for R100.00” bins at retailers and then gave it a try.

Set about 40 years prior to the events in Rapture, Infinite takes us into the dystopian world of Columbia. A city in the sky built to show off American Exceptionalism! Again, a monument to the power of an America free to be as great as it wants to be. Tho it is different to BioShock 1 and 2 in every way, it does tie in with those 2 on a philosophical level. Rapture was underwater, cramped, dark and a little claustrophobic, Columbia is bright and open and floating in the air, but philosophically it deals with man’s mind shifting from a venomous worldview to an autonomous worldview, which is what began to happen with the onset of the industrial revolution. This line of thought was the birthplace of the Secular Humanist belief system that 1 and 2 try to warn us about… The franchise is up there with the all-time great games titles. The remastering, which was done through Blind Squirrel Games, has just made it silky smooth at 60fps in full HD yumminess.

The biggest winner is obviously BioShock 1, as the upgrade is most noticeable. Everything is brighter, cleaner, crisp like a fresh Dorito.  The least noticeable is Infinite, as that was pretty spectacular, to begin with. Add to this all the DLC’s included in this release like Burial at Sea 1 & 2, Minerva’s Den and the new Museum of Orphaned Concepts, which is an in-game gallery of ideas the developers had for the various titles that just didn’t make it into the game for whatever reason. Brilliant!

Take all of this into account, and the really accessible price tag for what is essentially 3 great games, this is going to be money well spent. Whether you are revisiting the BioShock universe, or this is your first visit, you will not be disappointed!

Now, what are you waiting for? Stop reading this review (psychology paper..?) and go play. Rapture is waiting!