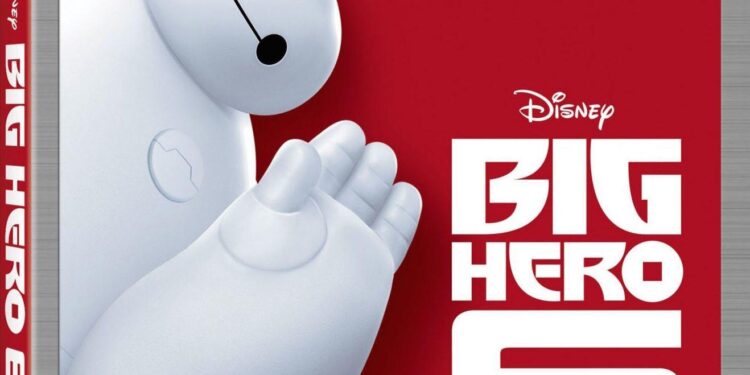 Disney’s Big Hero 6 has hit the shelves nationwide. This movie tells the tale of a group of friends that share a mutual interest in science and justice. As Hiro, Baymax and the rest of the gang attempt to avenge the death of one of those closest to them.

Hiro Hamada a young, extremely talented, individual that has a knack for all technology (especially robots), is the main protagonist of this tale. Hiro, however, seems to be wasting his talents. After graduating High school at the age of 13, he has squandered his potential by becoming a Bot-Fighter. Hiro’s older brother Tadashi wants his little brother to become more, to leave his name in history, introducing him to the world of advanced robotics and science. Taken aback by what lies before him, Hiro has an epiphany and realises his calling. All he has to do is become a student and work alongside his brother and his “nerd” friends at “nerd” school. But this is easier said than done.

Tadashi introduces Hiro to Baymax; a chubby vinyl robot that’s entire focus is on nursing individual’s back to health. Baymax is a very literal character that does not think much further than his purpose of existence. He is a somewhat clumsy, robot that lacks dexterity. So the viewer would never think he is going to be at the centre of the Big Hero 6. After Hiro invents a project that blasts everyone away at a Science Fair, he is immediately accepted as a student but tragedy strikes in an instant. The venue explodes, Hiro loses his tech but also loses his brother. The tragedy leaves him lonely, demotivated and hating life. But all is not as it seems as a man in a Mask shows up with a weaponised version of the “Micro-Bot” project. In order to combat evil Hiro would need someone or something capable of standing up to the enemy and Baymax could be just that.

The opening of the movie will have you enthralled from the get go. It grasps your attention with the beautiful colours of San Fransokyo and you jump right into some great Bot Fighting action. The environment is rich in colour, especially metallic and luminous colours.

The character designs look great, it has a bit of a Frozen look to it but thankfully it does not have the songs that went with it! The real great thing that works well in this film has to be the dialogue between the characters. Even though it is an animation, the feelings and interactions that the characters share with the viewer feels real. This is what wins the viewer over, even more than the action scenes.

The sad part is that the focus moves away from the characters towards the end and it becomes more about the action. But I am sure that some viewers will simply be interested in seeing further interactions between them.

To the older viewer the story might be a bit too predictable. I know I saw each and every surprise way before the time. The Post-Credits Easter Egg was about the only thing I did not see coming! (Yes, there is one. Marvel collaboration remember?) But younger viewers will definitely not see the little twists and turns that await them in this tale of brotherhood, friendship and responsibility. This film is heart-warming for the most part and makes for good family fun that has a great moral at its core. Even though this is definitely Disney XD material, it will entertain girls as well, thanks to its strong female characters.

The Blu-Ray video is 1080p and Sony’s 2.39:1-framed image makes the most of this film making sure that each scene is displayed to its full potential. The detail is even clearer as you can see the textures and their patterns clearly. The attention to detail is impeccable as you can see the dings and dents left by battle scenes whilst you are enjoying the beautiful lights of San Fransokyo. The colours look great and visually it definitely looks better than the 3D version that was at the cinema.

The audio is impressive as well and features a DTS-HD Master Audio 7.1 lossless soundtrack. The track is well balanced and the action sequences boom with volume. However, when the dialogue kicks in everything is kept crisp and clear as they are well aware that this movie relies on its interactions between the main characters of the story. So be prepared for Bot-Fighting that will rattle your home theatre.

Feast’ (HD, 6 min.) – A great short film which was shown alongside the movie when it was released at the cinema. It tells the tale of a dog and his owner as they share a life filled with happiness, love and food.

The Origin of ‘Big Hero 6’: Hiro’s Journey (HD, 15 min.) – Jamie Chung who voices Go-Go in the movie gives the viewer a summarised version of the tale that was told in the theatrical film. So do not watch this until you have finished viewing the actual theatrical presentation.

Big Animator 6: The Characters Behind the Characters (HD, 7 min.) – A brief look at the crew behind this diverse cast of characters and what led them towards their creations

Deleted Scenes (HD, 13 min.) – There are four great deleted/ alternate scenes included on this disc. So these also need to be given a view.

Trailer (HD, 2 min.) – The theatrical trailer is also on this disc and it is presented in HD.

Mickey Mouse Tokyo Go (HD, 5min) – is a short film that follows Mickey Mouse as he attempts to board a train to Tokyo after having narrowly missed his check in due to unforeseen circumstances. 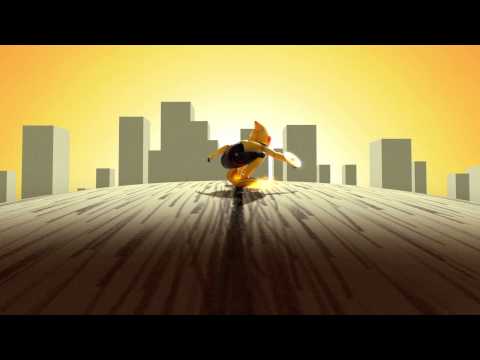 I am sure Big Hero 6 it is a great story with a great cast that brings youth to this the script and its characters. I would definitely recommend that parents get their kids to see this movie. It is good, clean family fun that offers a great moral amongst all of the action and danger that surrounds the characters. Big Hero 6 will make you want to be a hero whilst teaching the viewer the importance of friends and family and what justice truly is.