Big Hero 6 Is Getting An Animated Series. Watch The Title Sequence Over the weekend, Disney revealed the opening sequence for the new Big Hero 6 animated series coming to Disney XD.

Those who loved the animated feature will be pleased to hear that the new series, Big Hero 6: The Series, picks up immediately following the events of the film and continues the adventures of 14-year-old tech genius Hiro and his robot, Baymax.

During The House of Mouse’s annual expo, D23, the company also revealed that the new series will feature a lot of the original voice cast, including Stan Lee, from the film. First created in 1998 by Steven T. Seagle and Duncan Rouleau, in the comics, Big Hero 6 was the first government-funded Japanese superhero team.

As the new kid at San Fransokyo Institute of Technology, Hiro faces daunting academic challenges at the prestigious “nerd school” and the social trials of being the “little man on campus.” Luckily, Hiro has his brains, his ingenuity and his best friend bot to help him find his way. But it’s off campus where things get dangerous. Along with neat freak Wasabi, bubbly mad scientist Honey Lemon, fanboy Fred and no nonsense Go Go, the friends form an unlikely, but awesome super hero team – Big Hero 6. Together they face madness and mayhem as a colourful array of science-enhanced villains threaten San Fransokyo. 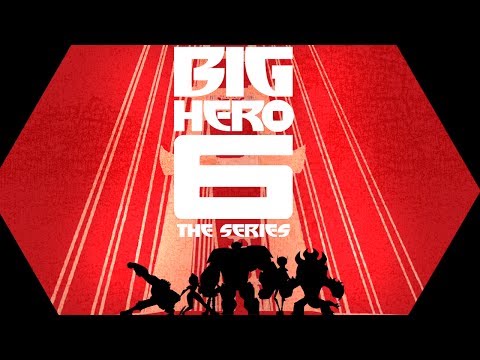