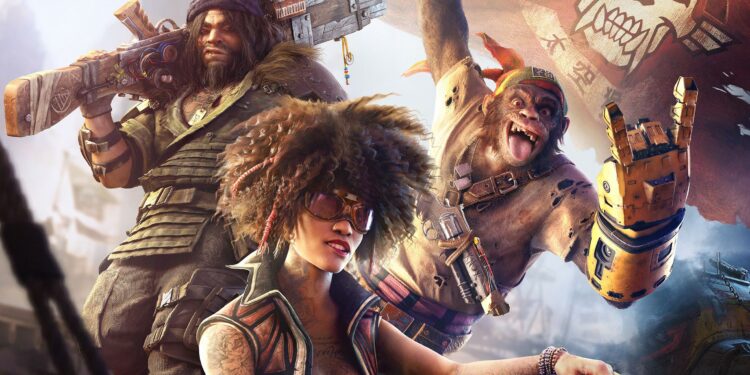 Netflix is working on a film adaption for the 2003 hit sci-fi game Beyond Good and Evil – with Rob Letterman (Gulliver’s Travels, Goosebumps, Monsters vs. Aliens) to direct.

Obviously hoping to duplicate the success of Detective Pikachu, which became the highest-grossing videogame movie of all time, Rob Letterman jumped aboard the half live-action, half animated feature film for Netflix.

If you never played the cult classic all the way back in 2003, here’s what you can expect from the upcoming film:

Beyond Good and Evil takes place in the 25th century on an empty, desolate mining planet, which is under attack by aliens. There is unrest between the military rulers and the population of Hillys (the planet in question) as it seems that the rulers may be in cahoots with the aliens attacking the planet. The story follows Jade, a young journalist recruited into the underground resistance. Being born in 2000 means that I never got to play the game, so the project excites me especially.

Back in 2017, Ubisoft announced a prequel to the game, which has sparked interest throughout the fanbase and outsiders, although no news has come since then.

The Beyond Good and Evil film is still in early development, with Netflix still looking for writers to adapt the game to script.

We’ll take what we can get when it comes to the Beyond Good and Evil franchise, and just hope that Netflix does the story justice on the big screen.

Beyond Good and Evil 2 is expected to release on the next-gen consoles, although no launch date has been set for the sequel yet.