From the studio behind Wolfenstein. 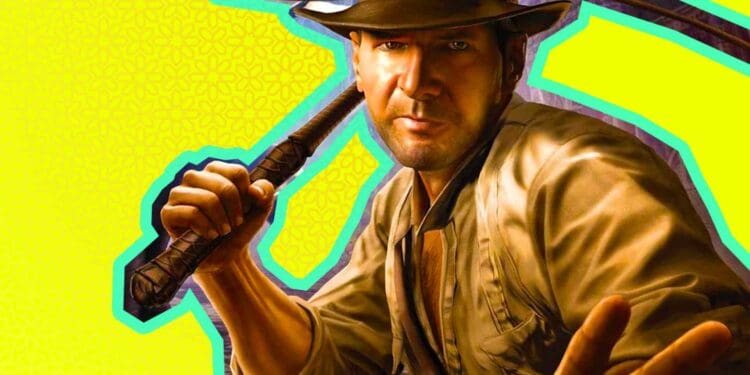 Since Microsoft acquired Bethesda, along with all of its studios, fans have been anxiously waiting for more news about what they’ve been up to. Finally, the studio announced a big surprise: Developer MachineGames is working on a brand new Indian Jones game.

The announcement was made via a short teaser video on Twitter and shows the camera panning over some books, notes, a map and, finally, the signature fedora and whip.

Bethesda’s new Indiana Jones game will be a wholly original story and will not be based on the upcoming fifth film in the franchise. MachineGames will be working alongside the recently announced Lucasfilm Games division with Bethesda boss Todd Howard serving as the game’s executive producer.

MachineGames have done a fantastic job reviving the Wolfenstein franchise, even though the last entry had a lukewarm reception. There is little doubt that they would be the perfect studio to revive the tomb exploring, ancient artefact-finding franchise.

Of course, the news has left many gamers wondering if the game will be an Xbox exclusive or if the involvement of Lucasfilm Games means that it will release on multiple platforms.

A new Indiana Jones game with an original story is in development from our studio, @MachineGames, and will be executive produced by Todd Howard, in collaboration with @LucasfilmGames. It'll be some time before we have more to reveal, but we’re very excited to share today’s news!

So, will Bethesda’s new Indiana Jones game be an Xbox exclusive? We don’t know. It might be. For all we know, the game might even be an Xbox timed exclusive — meaning that it might come to Xbox first before other consoles.

So far, Bethesda and developer MachineGames have been mum on the subject, not revealing anything regarding exclusivity or even a release date.

Bethesda also mentioned on Twitter that it will be some time before they have more to reveal.

Whatever happens, it is great that we are finally, after all these years, getting a brand new Indiana Jones video game from Bethesda. There is little doubt that many gamers will anxiously await more news on when they will be able to don their fedora and swing their whip when the game finally releases.