Best Sneakers of 2019 – Summary of a Glorious Year for Sneakerheads 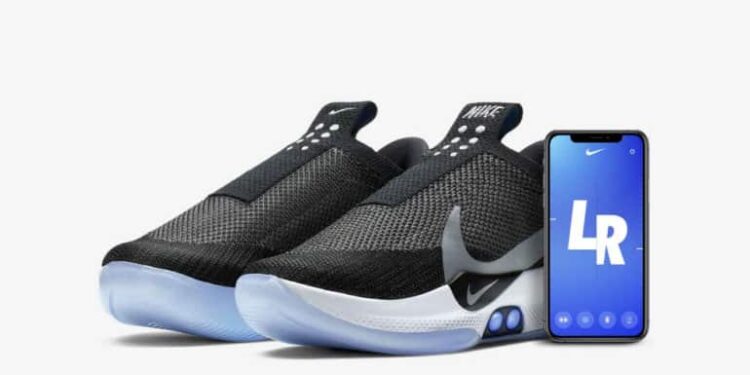 It’s a strange phenomenon that the world of sneakers has grown into a multi-billion dollar industry, both from outright sales from the leading brands, as well as new start-ups. Even more intriguing is the rise of the reseller market, where sneakerheads buy, sell and trade sneakers, especially when it comes to limited-edition footwear.

2019 also saw the record being broken by almost double for the most expensive sneakers ever sold. That honour went to Canadian entrepreneur and collector Miles Nadal bought a rare pair of 1972 Nike Waffle Racing Flat (also known as the Moon Shoes) for a whopping $437,500 at an auction. The rise of the market has also led to some rather bizarre, overpriced items simply as a result of the hype. The Supreme Brick, initially sold at $30 each, is one such item. The Brick then went on to sell at prices around $1,000 on the reseller market.

Collaborations, however, remain all the hype in recent months, with most of the leading brands partnering with some of the most influential celebrities, fashion icons, social media influencers and the likes to drop a few gems and one-a-kind drops, to the delight of sneakerheads the world over. While most collabs were well-received, some didn’t quite live up to expectation. All said and done, brands will once again rely heavily on collaborations into 2020, with the likes of Kanye West with the Yeezy for adidas and Travis Scott’s partnership with Nike leading the way.

We take a look back at the year that has passed (following on from 2018), featuring the best sneakers we’ve featured on Fortress of Solitude through the many brands we’ve partnered with. Most of these sneakers, however, are no longer available, having been snapped up in no time upon release.

ASICSTIGER™ partnered with SBTG and Limited Edt for the release of the limited-edition GEL-LYTE™ lll collaboration, Monsoon Patrol. The sneaker has been inspired by the monsoon season in Singapore.

PUMA introduced its state-of-the-art technology platform, Fit Intelligence (Fi), which is designed to automate and finetune performance fit for PUMA footwear. The PUMA Fi is a self-lacing training shoe that adjusts to your every movement.

Nike dropped two different Adapt self-lacing sneakers in 2019, the first being the Nike Adapt BB. However, it’s the second drop in September that really stood out, the Nike Adapt Huarache and its integration with Siri, iOS’s virtual assistant controlled via voice commands.

Following the successful drop of the Vans X Harry Potter collection earlier this year, the Vans team partnered with Disney for a Tim Burton collaboration with the Vans X Disney Tim Burton’s The Nightmare Before Christmas collection.

Reebok joined forces with its parent company, adidas, for the release of the Instapump Fury BOOST sneaker, celebrating the 25th anniversary of the original drop. This historic cross-pollination of brands fuses the Instapump Fury sneaker with adidas’ enhanced midsole BOOST technology.

PUMA joined forces with EA to celebrate the launch of the latest game in the racing franchise, Need for Speed Heat™. The tie-in saw the drop of the PUMA Hi OCTN x NFS.

adidas released the ALPHAEDGE 4D Parley for the Oceans, which features the latest in running technology. The FUTURECRAFT 4D midsole is a sports-inspired geometric lattice structure, which is printed with light and oxygen using Carbon Digital Light Synthesis™. The FUTURECRAFT technology signals the next wave of highly customisable creations for the future.

It may not, technically, be a sneaker, but the partnership between Nike and Lexus turned heads with the release of the Lexus UX and its Nike Air Force 1 style tyres, designed by John Elliott.

With a journey that took years of hard work to flesh out, Reebok partnered with AKA for the first-ever South African collaboration. The release of The SneAKA was a huge success, having sold out of all pairs online and in-store within a week.