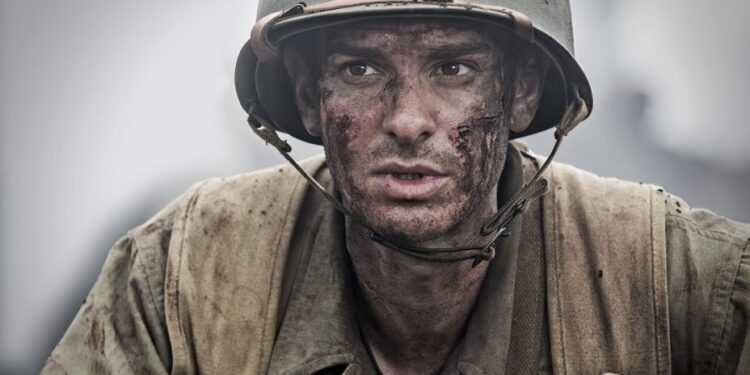 Reminiscing back on 2016, it’s easy to deduce that it wasn’t an exceptional year at the movies. This is our list of the best and worst films of 2016!

Movie-goers have been spoilt rotten with big-budget productions like Rogue One, Batman v Superman, Captain America: Civil War and a host of others who have raked in their fair share of record-breaking profits this year. But Hollywood is changing. Unlike previous years where TV has played second fiddle to movies, things changed drastically in the entertainment business. Television has managed to run parallel with film in order to create some of the best entertainment. Think about it. Would actors like Anthony Hopkins or Kevin Spacey even consider doing television series a few years ago? Probably not. However, thanks to shows like Game of Thrones and Breaking Bad, the medium is now considered as important and we’re seeing a crossover between the two forms. I can only imagine that in a few years we’ll be saying the same thing about video game actors.

Hollywood’s cookie cutter approach continues and delivered some atrocious attempts at cashing in on undeserved reboots (Ben-Hur, Ghostbusters, The Legend of Tarzan), unoriginal scripts (Yoga Hosers, Dirty Grandpa, Exposed), and awful sequels (Independence Day: Resurgence, Alice Through the Looking Glass, Zoolander 2, The Divergent Series: Ascendant, Blair Witch). Amongst this list were also a number of disappointments (Ratchet & Clank, Gods of Egypt, The Brothers Grimsby, Max Steel) and movies that surprised us (Hell or High Water, The Shallows, The Edge of Seventeen, Arrival). And there’s also Boo! A Madea Halloween – easily the worst film of 2016.

The South African film market also continues to grow and this year we had exceptional films like Noem My Skollie, Die Ontwaking and Shepherds and Butchers make their mark.

Again, before you gather your pitchforks and sign out your picket boards for protest, it is important to remember that Top lists are always subjective – of course! The following picks were MY PERSONAL favorite films of the year. So without further ado, here is my list of top 15 films of 2016…

It might be hard to believe, but one of the most intelligent films on racism this year is served to us by Disney. Hot off the success of Frozen and Big Hero 6, the animation department set off to create a hilarious but tender animal-centric film about acceptance and co-existence. And it’s downright beautiful. Zootropolis, or Zootopia (depending on where you live), might be Disney’s most important animation in years. There is enough at play here to keep both the young and old entertained. Parents will particularly love the Sloth’s bank scene and a cute little parody of The Godfather involving a family of shrews. It’s pure animation magic.

Despite being brash, rude, violent and crude, there is no doubt that FOX’s R-rated superhero flick changed the way we view superhero films forever. Perfectly transitioning from comic book to cinema, Deadpool cared very little about selling kids toys and instead focused its marketing on winning over adult audiences (during Valentines Day no less). Unlike other big budget blockbusters, Deadpool focused it’s energy on telling a simple story that was big on characters and style. The gamble paid off and the film went on to be one of the most successful comic book films of the year. Reynolds shines as The Merc With The Mouth and delivers some of his most rewarding work to date.

The Invitation is a slow-burn psychological horror/thriller revolving around a dinner party hosted by a mysterious couple. Things aren’t quite right, but you can’t exactly put your finger on it. Of course, the film keeps you guessing about everyone’s real intentions until the end and the payoff is brilliant. The Invitation is well-paced, brilliantly directed and Logan Marshall-Green gives a standout performance as the suspicious lead who can’t shake his own feelings. Created on a modest budget, it is easily one of the best indie films of the year.

The Accountant will appease many comic book fans who anxiously wait to see Ben Affleck behind the cowl as Batman again. It’s a first-rate thriller filled with bone-breaking action sequences, jigsaw puzzles, and many unexpected revelations. Think Jason Bourne – except swap out Matt Damon for an autistic Affleck. If you’re looking for a 120-minute escape, this is arguably one of the best ways to do so. Whatsmore, The Accountant offers a rollercoaster of emotions. You’ll laugh. You’ll get teary. You’ll cheer. You’ll be on the edge of your seat. What more could you want from an action thriller?

Based on a true story, The Birth Of A Nation is a film that requires audiences to separate the art from the artist. Once you do that, it offers a moving and powerful look at slavery. Like 12 Years A Slave before it, The Birth Of A Nation is a tough watch that is bound to rub some of its audience the wrong way. It certainly doesn’t shy away from showing us the harsh atrocities of the time and dares us not to look away. There is very little subtlety here, and even Turner’s religious beliefs are in the forefront of the film. It’s an important work about redemption, revenge, justice and humanity. It’s incredibly sad that it won’t be getting any Oscar nods due to the actions of the lead actor involved.

There aren’t many films as weird as Nicolas Winding Refn‘s The Neon Demon, a psychological horror film on acid. It blends surreal nightmares and the world of modeling into a beautifully shot yet polarizing film. If you enjoy the simpler side of horrors then this one isn’t for you. Everyone else will be treated to a bold haunting hypnotic work of suspense and art. Cinematic enthusiasts will appreciate the experimentation, but those looking for a Drive sequel will be bitterly disappointed.

Green Room probably has the simplest plot of any of the films on this list. It revolves around a group of twentysomethings in the wrong place at the wrong time. The film doesn’t give you a moment to breathe between its non-stop tense violent scenes and it’s cruel exchanges. Patrick Stewart and Anton Yelchin give strong performances and make Green Room a memorable experience. It’s a film that insists that people capable of the most barbaric actions are just as human as the rest of us.

From acclaimed writer/director Jeff Nichols, Loving celebrates the real-life courage and commitment of an interracial couple, Richard and Mildred Loving. Beautifully portrayed by Joel Edgerton and Ruth Negga, Loving is subtle but remarkable. Unlike most films tackling issues of race and love, Loving remains quiet, calm and moving – just like it’s characters. There are no over-the-top kissing scenes or desperate monologs about injustice. Instead, we are given two people who just want to be left alone to love each other. The love can be found in Edgerton’s quiet way and Negga’s expressive big eyes. A simple arm around his wife and a shy stare is all that is needed. It’s incredibly powerful filmmaking.

Thanks to strong performances and sharp directing, South Africa’s Noem My Skollie is a triumph for film in the country. Like Four Corners before it, Call Me Thief (as it’s known overseas) focuses its attention to the harsh environment of the Cape Flats and delivers a gritty story about gang life. It was selected as the South African entry for the Best Foreign Language Film at the 89th Academy Awards but, sadly, wasn’t nominated. Noem My Skollie is intense, thrilling and incredibly touching. Actor David Manuel is exceptionally good and proves that the country has some remarkable talent.

Winner of the Grand Jury Prize at the 2016 Venice International Film Festival, designer turned director Tom Ford’s Nocturnal Animals explores the very thin lines between love and cruelty, and revenge and redemption. It’s striking visuals match the film’s spellbinding, dark and multifaceted carnage. It’s gripping from the very first scene all the way through to the final credits. Aided by amazing performances by Amy Adams, Jake Gyllenhaal, Michael Shannon and Aaron Taylor-Johnson, it’s a bleak but intense look at the human condition. Nocturnal Animals is an unrelenting film that will keep you on the edge of your seat.

Mel Gibson might be many things, but it’s hard to deny that he is a fantastic director. Here he directs Andrew Garfield in a breakout performance that will have you cheering from beginning to end. Hacksaw Ridge is the extraordinary true story of Desmond Doss [Andrew Garfield] who, in Okinawa during the bloodiest battle of WWII, saved 75 men without firing or carrying a gun. It’s an incredible feat and a story that derseves attention. Handled in anybody else’s hands the film might have ventured into the faith-movie/made-for-TV category. Instead, Gibson ushers in the stories strengths without the cheese and doesn’t shy away from the darker moments of war. Had it been another director at the helm, Hacksaw Ridge would sweep away many Oscars next year.

From the writer of Sicario, Hell Or High Water is a gritty heist drama starring Chris Pine and Ben Foster as high-low brothers and Jeff Bridges as the wise-cracking Texas Ranger chasing after them. It’s a well-constructed and efficient modern-day Western with rich dialogue and interesting characters in the same line as No Country For Old Men. Hell Or High Water is brilliant and refreshing in a year filled with a lot of unoriginality. Everything here is remarkably on point and focuses on the director’s strong vision for the film. You’ve never seen Chris Pine and Ben Foster this good.

The Witch is an exceptionally well-produced horror that’s most likely going to appeal to the arthouse crowd rather than the average viewer. However, those brave enough to sit through the film will be remarkably surprised by how clever it is. The film builds on tension throughout and delivers a haunting ending that will stay with you long after the credits roll. This is masterful filmmaking and easily the best (and most thought-provoking) horror film of 2016.

At face value, The Arrival could easily look like your average Close Encounters alien-contact imitation. However, it borders more on Christopher Nolan territory, following the patterns of Inception and Interstellar, and breaking free of genre shoeboxing. It’s thoughtful, epic and beautiful. Joining films like “Gravity,” “Interstellar” and “The Martian”, Denis Villeneuve’s The Arrival is also incredibly well shot. Full of a cerebral tension, it’s visually stunning, mysterious and every frame feels like a moving painting. It’s the thinking person’s science fiction. At a time where so many settle for visceral thrills, The Arrival ambitiously goes after the heart. It requires some thinking and inner inspection. In the end, you’ll walk away with more than just a movie experience.

A few worthy and unworthy mentions…