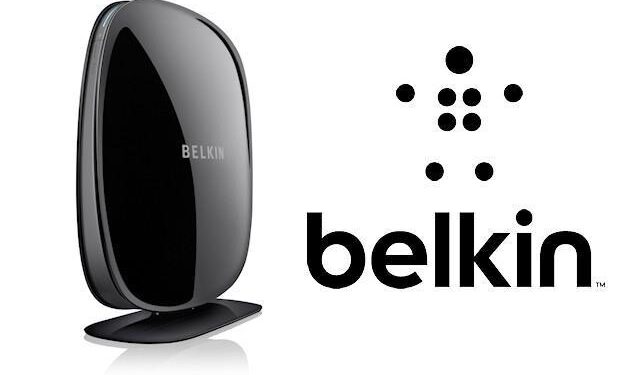 Belkin is better known for their wide range of accessories, including phone cases, stands and keyboards, and portable chargers, webcams and cables. Also included in their range, however, is a line-up of impressive networking products; wired, wireless or powerline. The Belkin Play N600 DB Wireless Dual-Band N+ Modem Router (excuse the mouthful) is one such device. The design team have revamped the model into something much more glossy and streamlined than many in its range before it; providing a greater sense of belonging around other, high-profile gadgets in your living room space. Beyond the flashy, blue LED indicator, the Play N600 (for short) offers simultaneous dual-band connection via 2.4GHz and 5GHz, respectively. What this means is that for compatible devices, you’re able to connect to the router using the lesser congested, 5GHz frequency, while still utilising the 2.4GHz range for all other devices.

If you’re unfamiliar with setting up your own router and personal network in the household, the setup CD provides novice users with a well-constructed guide, which will have you up and running in around 10 minutes. While the option of utilising a USB modem is typically for failover, it provides an alternative for those who don’t have an ADSL line into their homes or offices. Setup of this functionality is almost as basic as with the standard line, with some default settings ready for use. The device also has a built-in parental control function, which allows you to block unwanted content at the router. For most, the really interested aspect of the Play N600 isn’t its dual-band capabilities, but rather the USB-sharing feature. Installing the added software to your computer/laptop grants the user access to the Belkin Router Monitor. While the application includes the setup page, manual and other useful information, the media sharing and backup features of great value. Simply plug in any USB storage such as a flash drive, or portable HDD and you basically setup a mini server, being able to access (read and write) the media storage across other wireless devices with DLNA support. Often overlooked by many, the device can support NTFS-based media off the bat, while able to schedule back-ups.

There’s nothing better for users than simplicity for any new gadgetry, while in the process offering a host of features and a reasonable cost. The Belkin Play N600 DB Wireless Dual-Band N+ Modem Router meets the above criteria, all the while having an easy to look at design. While we weren’t able to test the indicated maximum speed of 300Mbps, we were able to observe decent rates. Research would suggest that actual rates are nowhere near the 300 mark, averaging around 30-40Mbps for ADSL connection, which is more than satisfactory for most. With costs starting at R1699, it isn’t the cheapest option for any household, but if you consider all its benefits, it’s a worthwhile purchase.