The New Beauty and the Beast Doll Looks Like Justin Bieber? 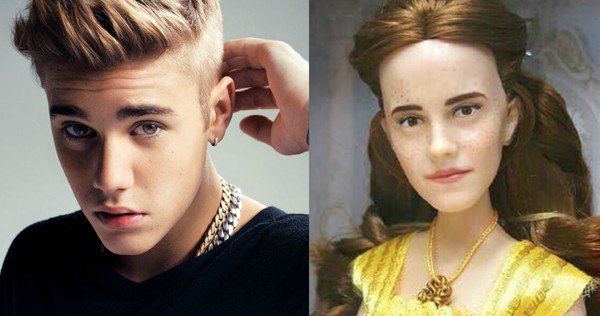 Disney has debuted its new Beauty and the Beast toys from the upcoming live-action adaptation of the animated classic. However, this doll is being slammed because it doesn’t look quite like Emma Watson. Instead, it seems that many believe the Beauty and the Beast doll looks like Justin Bieber.

The first picture of the Belle doll leaked online earlier this week. Of course, Twitter immediately responded with harsh critism about the doll baring a remarkable resemblance to the ‘Baby’ star. Since Belle is one of the original Disney princesses, it makes sense that this live-action Belle would get her own doll – but nobody would anticipate a strong reaction like this.

Beauty and the Beast doll looks more like 'Justin Bieber in a wig' than Disney’s Belle https://t.co/zphEp0fkrb pic.twitter.com/a9WRPY8DZi

the question is: is it just the doll or does emma watson really look like justin bieber https://t.co/D2HUuKCNqm

I CANT STOP LAUGHING THIS IS SO TRAGIC pic.twitter.com/g0JZd9KUl0

If you were ever worried about your job security, think about what's going through the mind of the guy in charge of this official Belle doll pic.twitter.com/H2wcWDeSPU