Bear With Me: Episode Three Review – A Dark And Sad Conclusion 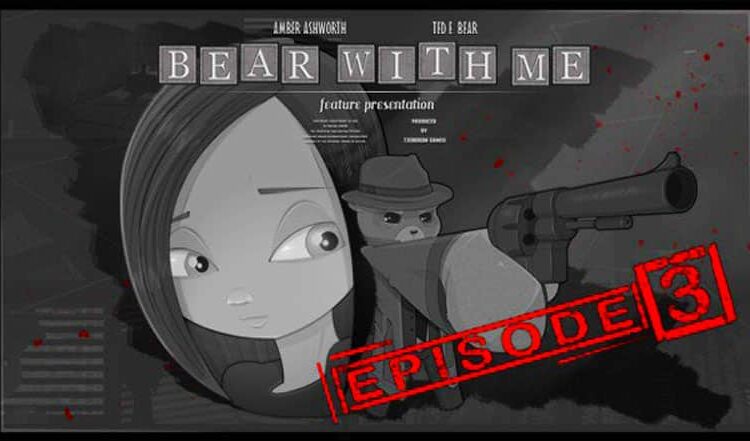 This classic point-and-click, noir game has captured many hearts since the release of the first episode, which launched in August 2016. Bear With Me has taken fans on a journey of discovery. While we were all clear on one thing, that all of what was happening in the surroundings were the workings of a 10-year old’s creative imagination, the underlying story turned out to be much more of a surprise than I had expected. You can find the previous episode’s reviews here: Episode One and Episode Two

Picking Up Where You Left Off

After having waited more than six months for the finale to wrap up the story, I was a slight bit hazy as to the finer details of the first two episodes. Thankfully, however, there is a bit of a refresher to kick things off, with a catch-up narrative. We last left Paper City after an argument between Ted E. Bear and Amber meant they parted ways. I knew then that the next instalment would feature a narrative as to their backstory and a struggle to find one another again, and that’s exactly what we got here. The developers, Exordium Games, did a good job in creating a tense setup for the game, which sees Ted E. Bear follow the footsteps of where Amber had been, while at the same time filling in the blanks to the story as we switch between the two characters. This was also noted in the finer details of the game, such as the split in inventory between the two, each now has their own set of tools they’ve collected and need to utilise to solve the puzzles. The first two episodes of Bear With Me had a large focus on problem-solving, which, for the most part, were straight-forward enough not to leave you frustrated, and also not that difficult you’d want to bang your head against the wall. Episode Three, however, takes things up a notch. While there weren’t as many puzzles to solve this time around, they were quite a lot harder. This is notable right off the bat with a rather cryptic puzzle to unlock the door you need to exit the room. There was one real head-scratcher that had me stumped for a while, that being the vault to Mr King’s vault. For the life of me I couldn’t figure out the connection and even haven’t guesstimated my way through unlocking it, I’m still a little bemused by it. Ever since a few minutes into the first episode of Bear With Me, I had my money hedged on one or two conclusions to the story. While Amber is in search of her brother throughout the story in a hope of finding him safe, while at the same time attempting to track down Red, whose menace has set the city ablaze. The falling out between the two main protagonists is due to the danger that lies in Paper City. While Ted E. Bear suggests Amber leaves the city to be safe, she refuses and sets off to find her brother herself.

I mentioned earlier that there weren’t as many puzzles in the third episode, which was largely taken up by an extended narrative. There were long segments of playback and literal narration. While I didn’t mind some of it, I would have wished it to be a little more interactive in telling these stories, rather than me waiting 5 to 10 minutes at a time listening to the story unfold. This was only compounded by the fact that there were quite a number of these breaks in play, with it almost feels as if I simply sat for half the time watching than actually playing the game.

All in all, the story was, in fact, the biggest drawcard for the conclusion of Bear With Me, which was delivered by means of clever metaphors, which too were explained quite nicely. What started off as an adventure, turns out to be quite riveting, sad, and dark in the end. There were a lot of hits and misses in this finale to Bear With Me. Episodes One and Three stand out for me. The impact the game leaves you with at the end is quite thought-provoking. There’s been quite a number of titles delivering messages such as this over the years, and it’s a nice twist and change of direction, allowing players to enjoy themselves while still effectively getting your point across. 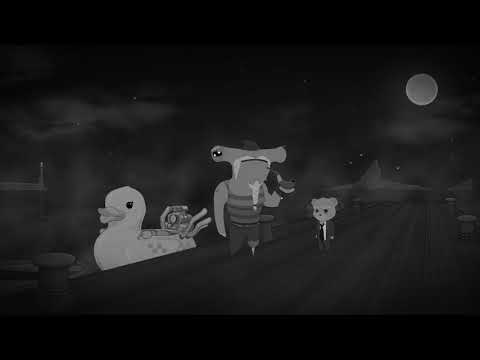