Bear with Me: Episode One – Game Review 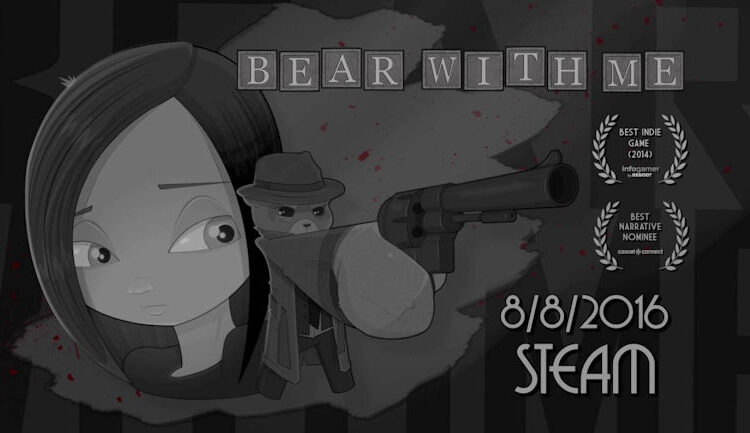 Adventure games may still be big in the gaming industry, but you don’t often find such games accompanied by the traditional point-and-click genre we know and love from titles as The Secret of Monkey Island, and rare gems, such as DreamWeb. There are a few good point-and-click adventure games on the market, most notably by Telltale Games. The genre experienced its heyday in during the 90s, so it’s with great delight when I received a review copy of Bear with Me, an indie game that’s an ode to the generation of gaming gone by.

Developers, Exordium Games, created a gem here, a point-and-click adventure game with elements of it being somewhat of a horror, mystery, spy title. This, the first episode of the game, sees you take on the role of Amber, a curious 10-year-old with an over-active imagination, as she, herself, takes on the persona of a detective alongside her partner, Ted E. Bear, a grumpy and sarcastic, retired detective. The game, while offering moments of suspense and intrigue, relies more on its comedic undertaking than anything else. Ted E. Bear has the persona and dialogue of almost every 90s detective you’ve seen in movies. This may seem like the typical clichéd approach, but instead plays on the stereotype to deliver great moments of interaction with the character and through the narration. There are even a few hidden obstacles and references scattered throughout that play according to the cliché, away from the main storyline. Speaking of which, BwM is a tale of a mysterious occurrence in the city, which leads Amber to investigate, and bring Mr. Bear out of retirement.

The game starts off quite slow, but not to any fault of its own. Rather, once you’ve gotten used to feel and tone of the game, you quickly realise what you have in store throughout the narrative. Ten minutes into the game and the dynamic between the characters come to the fore, even breaking through the fourth wall. BwM’s humour lies in the player’s understanding of pop-culture references, from classic movies to news events through the years, even touching on some South African politics for good measure. If you haven’t brushed up on your general knowledge, there are one or two of these elements that may be a miss. But don’t be fooled by the subtle humour spread throughout, the game has some very dark moments, the most shocking of which comes from a snippet left in game by the developers. But, again, those all add value to the game, and ties in elements from people’s personalities in how the story unfolds.

At the core of BwM is your ability to solve puzzles, and uncover elements to perform very random actions. It challenges you to think out the box, and while this too may sound cliché on my part, you’ll be surprised at some of the solutions to the puzzles in-game. At times I spent a good few minutes lost in my search, and while I knew what I wanted to do, actually performing the action proved a real teaser. In terms of the look and feel of the game, the black and white (noir) nature of the graphics adds to the mystery with its old-school approach. The hand-drawn, comic-style art also ties in with the narrative and tone. The sound and background music is reminiscent of something from a 50s spy film, again, tying in with all other elements of the game.

If there’s one negative aspect of the game is its short runtime. Even with a few hiccups in solving some puzzles, I completed it within 90 minutes of starting. At the same time, it is worth noting that this is only the first episode of BwM, which ends with a very familiar “to be continued” sensation as the characters walk away into the distance as the screen fades to black. Bear with Me is a 90s point-and-click title reimagined, and includes a range of elements from its puzzle base, to the humour, dark satire, and informative references. You don’t necessarily have to be a fan of the genre, but it does add quite a lot of value if you do, and won’t leave you frustrated in the middle, as many such games may tend to be.

The game is available on Steam and Humble Store from today, 8th August, for $4.99, and is definitely worth a look. 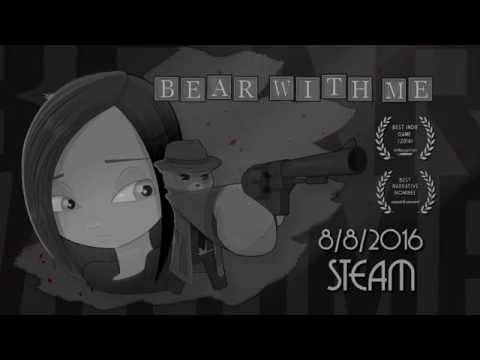