SK’s Baywatch Pre-Screening – Cocktails Under the Sun, I Mean Lights As the temperatures drop and we approach the middle of winter, those sunny days relaxing on the beach are all but gone. And while the film may have integrated a lot better in the warmer Northern Hemisphere, that didn’t stop Ster-Kinekor from bringing the heat for the pre-screening of Baywatch, cocktails and all.

SK hosted four separate pre-screenings around the country at Mall of Africa in Midrand, Sandton City in Johannesburg, Gateway in Durban and Cavendish in Cape Town, all at their various Cine Prestige theatres. The event was open to the public, who were able to book their tickets via the SK website. The event kicked off, in earnest, about an hour before the screening was to take place, and guests were welcomed with a choice of cocktails, Sex on the Beach or Cosmopolitan, or a non-alcoholic version of your choosing. Additional food and drink could be ordered from the Cine Prestige menu at your own expense, although there was a variety to choose from. SK also gave away a few prizes on the night, which included a number of Baywatch t-shirts and a pair of sunglasses, to name a few. I managed to snag myself a t-shirt. Although, after fitting it on, it looks very creepy.

Baywatch opens at Ster-Kinekor Theatres from 2nd June 2017 in South Africa, which may be an awkward slot alongside the likes of Wonder Woman, which has gained quite a lot of hype over the past week, none of which has been undue. The film is directed by Seth Gordon, and stars Dwayne Johnson, Zac Efron, Alexandra Daddario, Kelly Rohrbach and Bollywood’s Priyanka Chopra, along with a fairly reasonable cast, which includes a few cameos from the original TV series…but remember, the “Beaches ain’t ready…”. And who can forget that famous Zac Effron fall.

The evening went down well, and if the Johannesburg pre-screenings were anything to go by, the event may have been sold out at all four venues. The background track on the evening played through the soundtrack from the film, which wasn’t half bad by any means, although quite contrasting when you consider playing the theme song to the 90s TV show alongside B.I.G.’s ‘Hypnotize’.

I do, however, feel a rinse down is in order, especially given the amount of baby oil that was utilised during the production of the film. It was an enjoyable movie, though, and good for a few laughs. You won’t gain much from the story, as it’s fairly predictable… I wouldn’t dare venture anywhere near a swim on the coast of Baywatch, not with all those incidents that occur on that beach at almost hourly intervals. 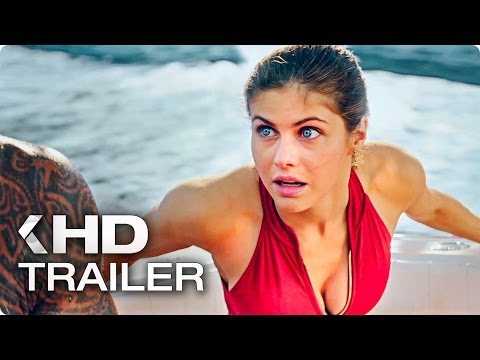