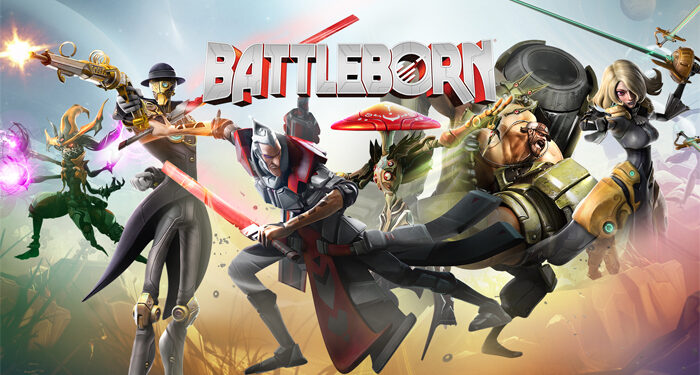 When Gearbox Software released Borderlands, many were surprised by how good the game was and how the team was able to combine two genres, FPS and RPG, so successfully. When Battleborn was first announced I was excited to see that Gearbox would once again be combining two genres; FPS and MOBA’s. In Battleborn, players take control of one of 25 unique characters and fight to save the last remaining planet from a galaxy conquering evil. The story is mostly a simple and forgettable affair and only acts as an excuse to have 25 unique characters battling it out on a single planet. It is a shame because Borderlands had some really good writing and an interesting story. I really wished that Gearbox had given Battleborn’s narrative the same amount of attention, especially since the heroes you get to play are visually and mechanically so interesting and varied.

The visual style of Battleborn is very reminiscent of Borderlands and even reminds me a bit of Saturday morning cartoons. It isn’t the best looking game out there, but its distinctive art direction makes the game feel different than most FPS games currently on the market. The 25 hero roster is one of Battleborn’s strongest aspects. Each character offers something unique and different to suit any play style, and each has their own distinct personality. These heroes range from a minigun wielding human soldier to a penguin in a mech suit. It’s these different characters that help add to Battleborn’s longevity. I found myself becoming obsessed with learning each of the characters abilities, and customizing them to become as effective as possible at the role that they fill.

Players are able to unlock new characters at a steady pace, ensuring that there is always a new character to try out once you outgrow the current selection. Not only do these characters level up their abilities as they gain experience, but leveling them also unlocks new skins and gear for that specific character. It’s this sense of progression that kept me coming back to Battleborn. I found it to be quite rewarding.

Players are also able to level up their profile’s rank which eventually unlocks the ability to use in-game currency to purchase new load-outs that can be used with any of the unlocked gear. The game’s gear is ranked from common to legendary, and will cost a certain amount of shards in order to use in battle. Shards are earned in each match and do not carry over. Using them correctly becomes important. Shards can also be exchanged in-game to summon turrets, traps or drones. Summing these items adds a tower defense aspect to some sections of the game, allowing players to protect certain key points. These items can also help create choke points or even areas where your team can heal during battle.

The game’s campaign consists of eight missions, and each has varying goals. These missions can be played with a group of online friends or couch co-op (split screen). As mentioned, these missions tend to become quite repetitive and most of them have you fighting off waves of enemies. With no interesting story to keep my attention, they quickly became a chore to finish. Having said this, there were some memorable boss battles in the campaign. It is also important to note that although the campaign can be played solo, it is advised to rather take these missions on with a friend or a group of friends. Some of them can be quite difficult to complete on your own. This becomes a problem if you choose a character that is not suited for a specific mission. Luckily PvP is at the heart of Battleborn, and I found it to be really enjoyable. The fast pace and chaoticness of these battles really resonated with me. The game has three modes available to players. These are the MOBA influenced Incursion, Meltdown, which is similar to Incursion but has you sacrificing your minions in a central incinerator, and lastly Capture, which is your standard control point based match. I found Incursion mode to be my favorite. Not only was this because it is inspired by MOBA’s, but also because it requires a healthy balance between attack and defend, and getting this balance right can mean the difference between a win or a loss.

The game’s PvP battles tend to feel very fast paced and chaotic, leaving little room for any kind of downtime. This means that there is always something to shoot or defend. This type of gameplay might not be to everyone’s liking, but I found that it added a welcome tension to the matches. As mentioned, the ability to place ‘buildables’ during some of these modes adds another level of depth to the PvP battles. Each of these modes only has two maps currently available to play, which is a shame as more maps would have added a lot to the longevity of the game. In the end, Battleborn left me with mixed feelings. I found myself returning time and time again because of the cast of unique and interesting characters, as well as the rewarding progression system and fun PvP, especially the MOBA influenced Incursion. But the repetitive nature of the campaign, along with a lackluster story, just didn’t seem to work and felt out of place in a game that could have been so much more. I feel that Battleborn still has a lot of room to grow, and I hope that Gearbox will continue to support it with new content and characters. 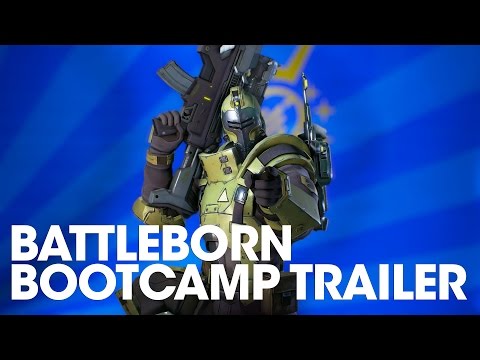