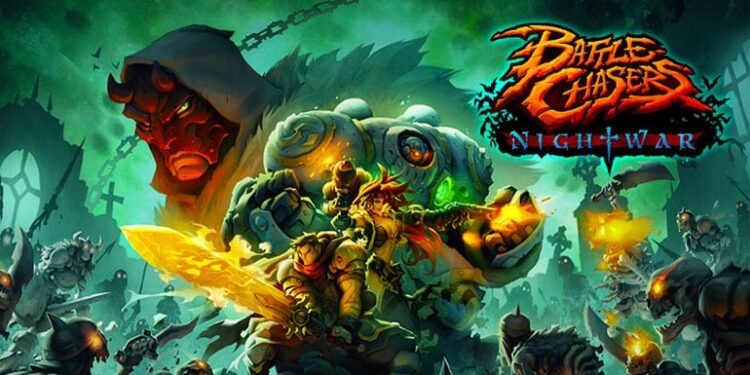 Back in 1998, I remember picking up the Battle Chasers comic book from my local comic book store and just falling in love with the universe and the characters Joe Madureira had created. With its mix of fantasy and steampunk, it quickly became one of my favourite comic series of the late ’90s. With each turn of the page, I kept thinking what a great video game Battle Chasers would make. Fast forward a few years later and my dream has finally come true with the release of Battle Chasers: Nightwar. So, is the game everything I dreamt of or is it just another nostalgic cash grab? Battle Chasers: Nightwar follows a group of unlikely heroes who, after being shot down by a pirate airship, find themselves on a mysterious island where they soon discover an evil that needs defeating. It’s a narrative deeply embedded in the ’90s when muscle-bound heroes and semi-naked heroines took on evil where ever it might raise its ugly evil head. While those stereotypical characters do indeed form part of your ragtag team of heroes, there are some more interesting characters to be found in the game. There is the 500-year-old wise-cracking wizard Knolan, the sweet and innocent Gully who, thanks to her missing father’s gauntlets, can kick any monster’s butt, and the mechanical soft-hearted (and bird-loving) metallic golem Callibretto. Unfortunately, the game doesn’t do much to flesh out these unique characters for those who have not read the comics, with some of the more nuanced relationships from the comics never being fully explored. Now, what good is a mysterious island if you can’t go exploring it? Exploration in Battle Chasers: Nightwar takes on two forms. First, there is the world map where you travel across nodes on your way to the various dungeons. Of course, along the way, you will be waylaid by numerous creatures, such as werewolves and the obligatory slime monsters, to test your combat skills against.

The world map does offer several alternate paths should you want to circumvent certain creatures, although fighting as much as possible to level up your character becomes critical especially in the late game. Along the way, you’ll find loads of crafting materials, treasure chests and dungeons begging to be explored. These procedurally generated dungeons are where most of the main campaign missions take place. In between some rudimentary puzzles, and treasure scattered around these dungeons, you will also encounter your run of the mill bad guys out for your blood, as well as some truly interesting bosses.

Dungeons can be replayed at a higher difficulty for increased XP rewards, which comes in handy later in the game when leveling up becomes ever more important. Oh, and did I mention that you can even do some fishing in between exploring the dank dungeons. Fish that are caught can be traded for tokens that can, in turn, be used to buy even better and shinier gear. Combat is a turn-based affair where each hero and enemy gets their turn to attack. Although this might sound straightforward, there is quite a bit of depth to the system. It quickly becomes apparent that understanding how the various buffs (such as bleeding, burning, and slowdown) function, and how these can be stacked together, could mean the difference between a glorious victory or a swift defeat.

While most of the game might sound like your standard turn base RPG, up until this point it’s the Overcharge mechanic that differentiates the game from some of the other RPG games out there. You see, mana is the resource used by your team to cast powerful spells or use earth shaking abilities and while these abilities might make short work of your enemies there are only a limited amount of ways in which to replenish this valuable resource. By continually attacking your opponents, the attacking character builds up their red Overcharge bar which is added to their mana. This means that a character will be able to use their built-up Overcharge instead of their valuable mana. The catch is, however, that Overcharge only lasts for the current battle and disappears when combat is finished. This meant that I continually found myself carefully managing my mana and supplementing it with Overcharge as I fought my way through each dungeon.

Continually sticking your sword into your opponent’s fleshy parts nets you XP points, which in turn helps your character level up. With each new level, characters not only unlock new abilities but also perks. These perks basically come in two flavours: one which makes you stab and punch harder and one that makes you defend better against your puny opponent’s blows. These perks afford you the ability to customise your characters to your specific playstyle, be it more defensive or offensive. Of course, leveling also allows you to equip better gear for your characters. Each of these gear pieces has their own pros and cons. One piece of armour might raise your defense but lower your strength or speed. Deciding which stats will complement your playstyle plays an important role in the game. The biggest drawing point, at least for me, was the absolutely stunning visual art style the game incorporates. Each enemy I fought, area I explored, and character I met on my quest were beautifully designed with a great attention to detail. The hand painted watercolor art kept drawing me into the world of Battle Chasers. This is, in my opinion, one of the best-looking games currently out there. I also have to make mention of the voice acting which, for a game that doesn’t incorporate a lot of voice-overs, is really well done.

My biggest gripe with the game is that it does have some brutal difficulty spikes. This is even more evident when considering that you are only able to choose three heroes to accompany you into battle. While the heroes that find themselves continually in the face of battle will steadily gain XP and level up, the same cannot be said for the poor heroes left staring at the hearth at some small Inn. This means that you inevitably find yourself using the same heroes over and over as trying to catch up with the ones that may be a lower level becomes an exercise in grinding. So, did Battle Chasers: Nightwar live up to my childhood dreams? I can wholeheartedly say that, even if the game isn’t perfect, I enjoyed every moment spent playing it. Being reunited with characters I fell in love with as a kid and seeing them come to live is truly something special. While it can become repetitive at times, the promise of more loot kept me battling the endless waves of beautifully designed creatures.

Hopefully, we’ll get to go adventuring (and stabbing bad guys) with Gully and her friends in a sequel, one which I hope will delve more into each character and their relationships. 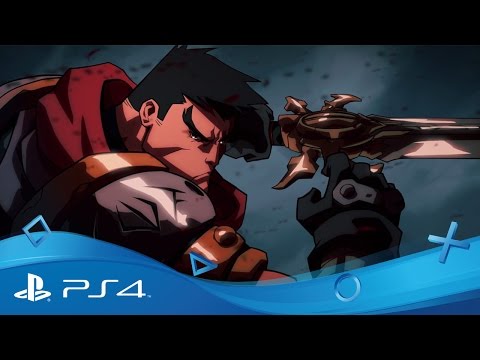