It’s another outing for Batman ’66 in animated form, and sadly the final work of legendary Batman actor Adam West. It’s also the first on-screen appearance of Batman ‘66’s incarnation of Two-Face, that particular villain notoriously being absent from the old show, and here played by William Shatner – an ideal casting choice which would have been more than possible during the old Batman show, since the original Star Trek show was filming right next door. On paper, everything here sounds perfect, and just what fans of Batman ’66 could want. In practice, Batman Vs. Two-Face falls short of the mark, but only just.

When a science experiment meant to remove the evil from Gotham’s supercriminals goes wrong, District Attorney Harvey Dent is tragically disfigured and becomes Two-Face. After being brought to justice by the dynamic duo of Batman and Robin, Harvey is cured of his Two-Face persona and returns to his old life. Months later, crimes committed by King Tut and the Bookworm are discovered to be masterminded by someone else, a mysterious criminal with an interest in duality. While Robin is convinced that Harvey Dent/Two-Face is responsible, Batman believes that his old friend is innocent and vows to learn the truth… 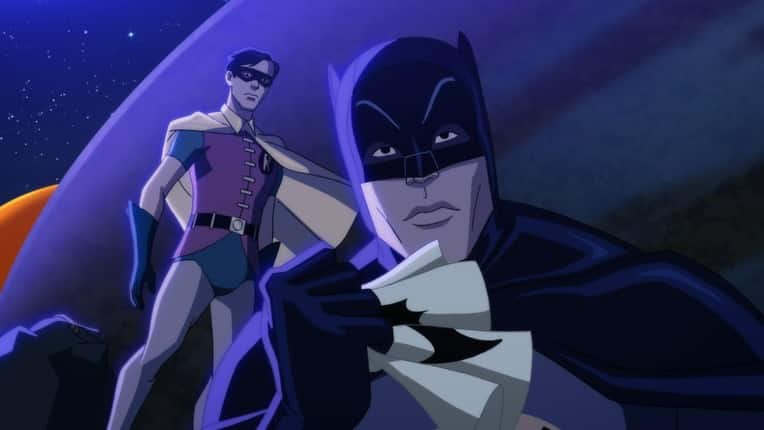 The introduction of Two-Face happens right out of the gate, so thankfully there’s no time wasted on telling his origin. Smartly, the opening credit sequence goes even further by showing clips of Batman and Robin battling Two-Face in various adventures which would fit with the original series, establishing their new foe as a regular guest villain, before they finally apprehend him. It’s an intelligent piece of storytelling, getting all of that out of the way early on so that the main story can kick in. 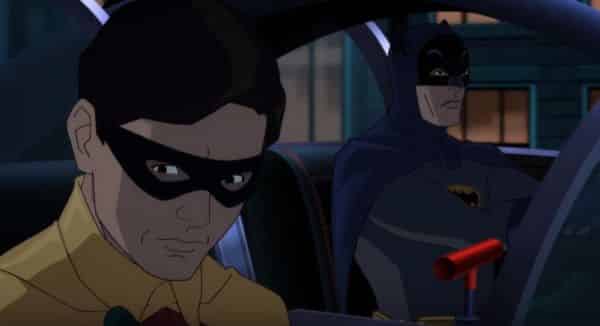 That main story is quite a little mystery too. Harvey indeed appears to have been cured, although he’s clearly annoyed at how much of his old life has been destroyed by his time as Two-Face. It’s reminiscent of Harvey Dent’s role in Frank Miller’s Dark Knight Returns, making viewers question how much of Two-Face’s evil persona still dwells within Harvey, even if his physical appearance is now normal once again. Curiously, Harvey does seem to still be obsessed with the nature of twins and duality, but the Two-Face behind the crime wave is clearly physically scarred, and we learn that Harvey may simply be a pawn or a patsy in this scheme. It’s enough to keep fans guessing, and rightly so.

It’s an intelligent story which is smarter than many might expect of Batman ’66, and the voice work by the actors is solid – especially Burt Ward as Robin and Shatner as Two-Face (whose appearance on screen even looks like Shatner did at the time). Adam West and Julie Newmar have some fun once again playing out the Batman/Catwoman romance, which is a great touch. There are plenty of Easter eggs and references in Batman Vs. Two-Face too, from the Giant Penny moment to some of Batman’s other costumes on display in the Batcave.

Unfortunately, though, there are also some flaws with Batman Vs. Two-Face. The comedy feels a little flat and forced, especially when Robin gives Batman the finger, and the plot could have been tighter. The visuals of the scene locations should have felt more impressive, the biff-kapow fight captions are timed awkwardly, and there isn’t quite enough emphasis placed on the main characters. Also, throwing in a wasted Hugo Strange appearance is one thing, but to add Harley Quinn (technically, here she’s just Dr. Quinzel) for the sake of a cheap and unnecessary cameo is another. Harley may have her fans, but adding her into the mix even briefly doesn’t add anything; instead, it takes away from the finished product. 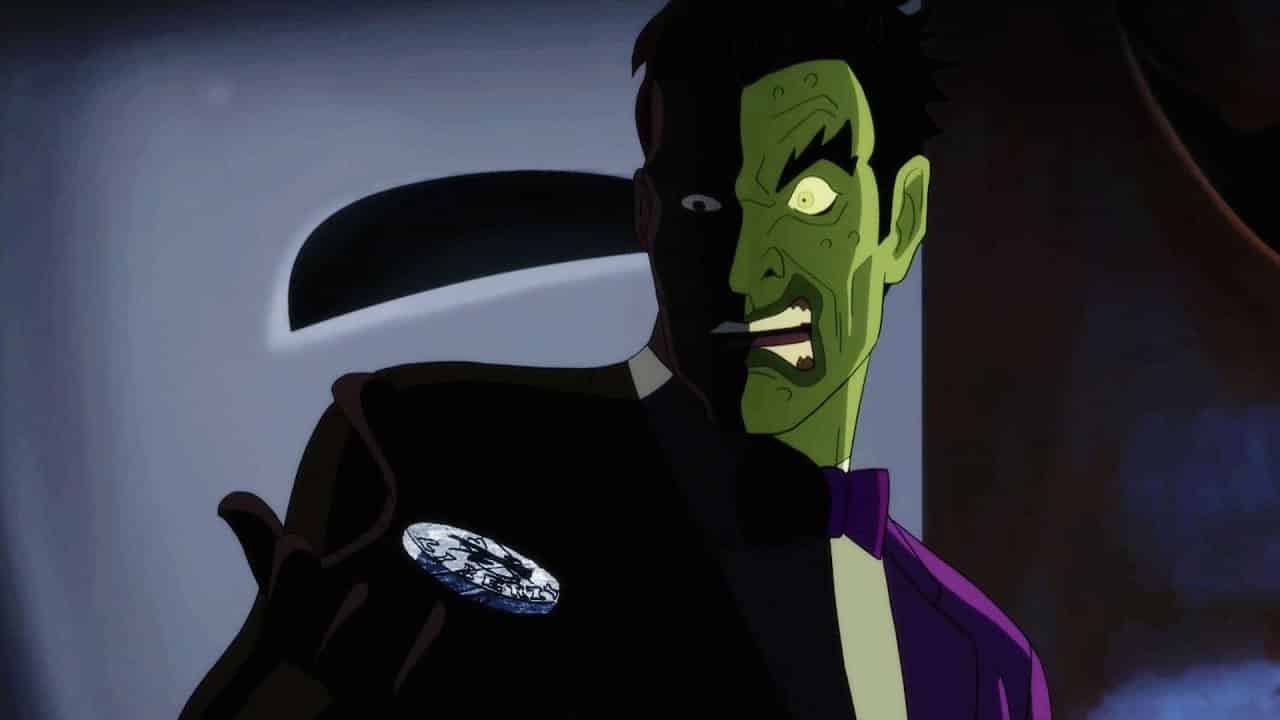 Little things like this lower the quality of this film, which is already aimed at a rather niche demographic. This won’t be the animated Batman film that the kids want to watch, it’s aimed at the old-school fans who love all things Batman, even the more cheesy elements of his history. It may disappoint some Batman ’66 purists too, but they’ll also find some brilliance too. For the detective story, the more personal moments, and even just to see Batman dance the batusi one last time, Batman Vs. Two-Face more than does the job.