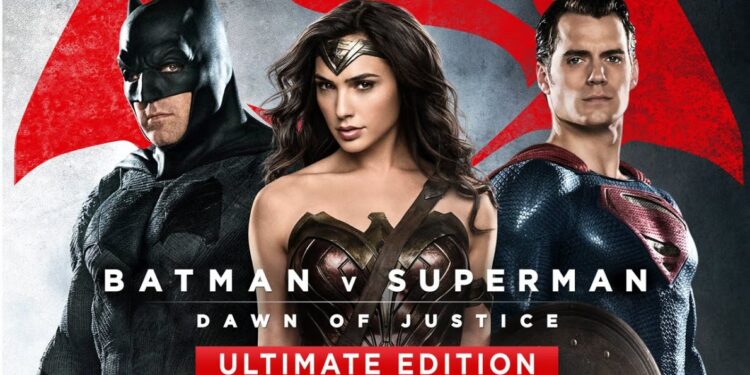 It is funny that DC has had two similar things happen to them in the last year or so: First, the Arkham Knight PC port had to be recalled due to a large number of bugs and because of it being a generally unfinished game at its time of release. Now, with Batman v Superman: Dawn of Justice, DC essentially did the same thing. Although nothing was recalled, a promise was made that a better version was on its way in the form of the Batman v Superman: Dawn of Justice Ultimate Edition. Now, after a long wait, it is here. The verdict is that it does help the movie along in a few ways, but ultimately the Ultimate Edition remains an empty promise.

[dropcap]M[/dropcap]y initial review of Batman v Superman summarized my reaction in a very neat way: Somewhere in there is a good Batman movie, a good Superman movie, and a decent Justice League teaser, but mixing everything up in a single movie just produces a big mess of plot holes, bad editing and bad character development. Batman v Superman: Dawn of Justice Ultimate Edition wants to tend to this mess as best it can, with mixed results.

The biggest wrong that the Batman v Superman: Dawn of Justice Ultimate Edition corrects is the movie’s initial off pacing. This time around BvS runs more smoothly from scene to scene, and by the time the big battle of both Batman against Superman and the trifecta against Doomsday happens, I felt less strained by trying to keep up with the multiple plotlines and rapid cuts. I felt more pleased with the final act, having been through a more linear first and second act. It ultimately left me feeling more hyped and happy with the ending, which makes the movie’s initial aftertaste a lot less bitter.

One of the biggest complaints about the original release what the fact that this was supposed to be a sequel to Man of Steel in some way, and Superman basically plays second fiddle in his own sequel. The Batman v Superman: Dawn of Justice Ultimate Edition may not necessarily do justice to Superman, but it definitely gives Henry Cavill more time to shine as Clark Kent, which is great for both the character and the movie. Clark is doing some actual journalism this time around, digging up information on the Bat of Gotham while also interacting more with Lois and token civilians. This not only adds weight to the central conflict between Batman and Superman but also humanizes Superman a bit by giving him some real character motivation and plausible relationships with lesser people.

Now for the bad stuff. The Unlimited Edition is around 30 minutes longer than the theatrical release, and about half of that time is spent on longer sequences and extra tidbits of dialogue, improving the pacing and story overall. The other half, however, is spent mainly on a yet another plotline of an African woman who was an eye witness at the incident in the desert which leads to Superman being summoned to appear in front of congress to discuss his vigilantism. Superman’s arc may have been the least endearing part of the entire original release, and having this part of the movie added doesn’t really give it more impact or even improve it in any way. It only adds some clarity on Lex Luthor’s schemes and gives the audience someone to share some emotional weight with, only for the plotline to fade away entirely by the time Supes and Bats start throwing punches. The movie would have actually benefited from leaving this out entirely which would have effectively made it 15 minutes shorter and more enjoyable. I found myself wondering what the whole point of her story was by the time she finally left the movie, even going as far as to wonder what her name was. I still don’t know. Another big complaint was the general darkness of the movie and how serious almost all the characters appeared, with the biggest moments of levity actually coming from Batman himself. The Ultimate Edition does little to levitate the tone of the film and for the entire first hour of its three-hour runtime, nothing “heroic” actually happens. This means that we get 60 minutes of people talking, scheming, complaining and foreboding. I feel bad for the children watching this movie and expecting their childhood heroes to accelerate their heart rate with some great heroic acts, as most children may be left bored or asleep by the time Superman or Batman actually don their capes and start fighting bad guys.

This leads me to the next problem: Superman. Many people feel that Batman v Superman was a missed opportunity in the sense that you have the dark hero, who is Batman, and the daylight, colorful do-gooder that is Superman and having these two worlds collide on screen would have made for a great and original cinematic experience. Sadly, this wasn’t the case as what we got was a Superman who is literally frowning throughout the entire movie and is essentially the brooding equal of Batman. There is little that sets the two heroes apart as far as personality goes, which diminishes their clash by a significant margin. 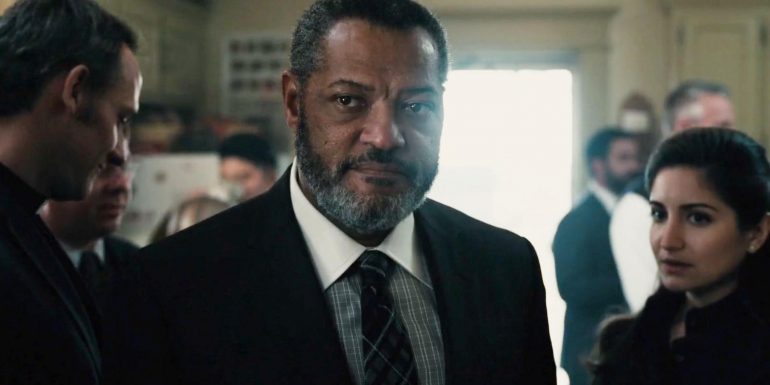 [pullquote]…this is an arc that could and should have been left out for the sake of actual superhero entertainment.[/pullquote]

The Batman v Superman: Dawn of Justice Ultimate Edition gives Clark Kent more to do, but Superman still drew the short straw in his own sequel with much of his screen time being spent on non-canonical dream sequences, standing around looking worried and that one montage of him randomly doing good things. This montage was the part of the movie that most significantly took me out of the experience during my first viewing. It is narrated with accounts of people debating the status of the relationship of the Earth with Superman, which makes the sequence feel less heroic and more straining. It also doesn’t help that Superman seems to be hating every second of it. Superman is the most iconic superhero figure around, and this movie does little to show him in that light. I know that his arc is enveloped in the entire false god theme, which begs the question of an idol who inspires hope but also brings chaos. Superman is the Earth’s protector, but at what cost? These are all great questions and really hits home with regards to the comic book source material, but for a movie titled “Batman v Superman”, this is an arc that could and should have been left out for the sake of actual superhero entertainment.

The one thing that finally made me realize that this isn’t the movie that I was hoping for was the LexCorp break in. Here the filmmakers had a great opportunity to showcase the stealth and cunning of Ben Affleck’s Batman. This was also a point in the movie where we haven’t seen any action in a while. Instead, the entire break in was skipped over and the audience only saw the aftermath of Batman’s rampage. When the Batman v Superman: Dawn of Justice Ultimate Edition was announced, this was the one scene I was hoping to get. Sadly, still no LexCorp sequence. I get that you can’t put everything in one movie, but this is a great example of bad writing and planning. Instead of the multiple other unimportant plot threads, this could have been something that would have changed many opinions on the film, but alas that one girl in Africa who seemed to be worried about something was more important. 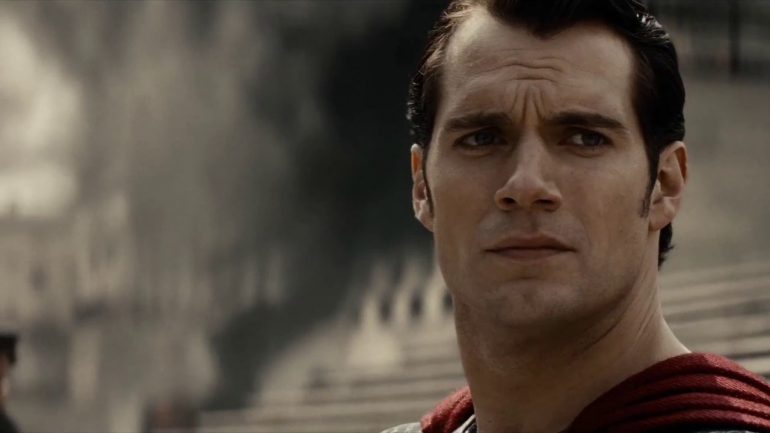 Finally, there are the numerous amounts of plot holes, bizarre story elements and bad timing of the original release that are still apparent in the Batman v Superman: Dawn of Justice Ultimate Edition. This includes nitpicks such as Bruce having to call Wayne Towers to get them to evacuate (as if a massive alien spaceship blasting dubstep wasn’t enough of a sign to get the hell out), the short amount of time in which Bruce goes from hating the ideology that is Superman to calling him a friend and how Lex miraculously knew the exact time that Batman would eventually decide “F*ck it” and challenge Superman to a duel. The movie cutting to Wonder Woman reading Bruce’s email and watching the Meta-Human footage right as the climactic battle is about to start is still mind boggling. It completely diminishes the main story’s momentum and would have been far more effective had it been shown as an after credits scene or a bit earlier in the movie. The knightmare Batman sequence also still remains an odd choice for a movie that wants to be accessible to non-comic book readers as well. For any ordinary person, the dream sequence will make no sense and will ultimately make the movie less enjoyable. But it also remains an incredible visual sequence and I won’t complain about it existing. It is by far the best Batman in daylight fight ever put to screen, albeit a confusing one.

[pullquote]…I feel we need to give Mr. Snyder some credit.[/pullquote]

Most people who didn’t enjoy the film the first time around immediately put Zack Snyder in the sin bin, myself included. Now after having watched what is essentially the Director’s Cut, I feel we need to give Mr. Snyder some credit. The Batman v Superman: Dawn of Justice Ultimate Edition makes it apparent that he wanted to make a great film, and the real reason for it not living up to anyone’s expectations is the fact that Snyder, the film’s producers, and writers clearly failed to collaborate on this film effectively. This was a classic case of every person wanting to do his own thing, and the result was a mixed bag. This being Snyder’s vision, the Batman v Superman: Dawn of Justice Ultimate Edition gives him the benefit of the doubt and saves the movie from being the initial disaster that it was.

The Ultimate Edition makes Batman v Superman: Dawn of Justice a good comic book movie, unfortunately, it fails to elevate it to the level of greatness that we have come to expect from superhero movies in general.