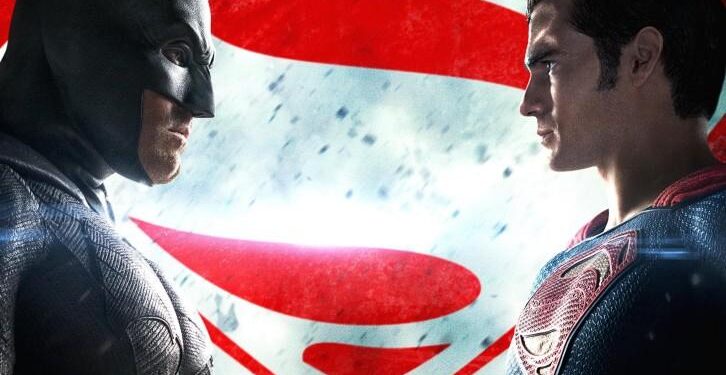 God versus man. Day versus night. Son of Krypton versus Bat of Gotham. Batman v Superman 4DX. Can you think of a better way to watch one of the greatest showdowns in the history of film? If this were a boxing match, Nu Metro’s 4DX offers front-row VIP seats – the kind that allows you to see and experience every detail of the adrenaline-fuelled fight. In short, it’s the best seat in the house.

Batman v Superman is the kind of film that exploits all the cool features of 4DX.

Imagine your seat shaking with every punch Batman or Superman throws. Imagine the wind blowing your hair out of place every time Superman flies across the screen. Imagine air jetting in your face every time a bullet is fired. Imagine the air conditioning rising as Superman and Doomsday blast lasers out of their eyes.

Nu Metro’s 4DX offers all this and more.

There’s a lot of swaying, moving, shaking, rocking, and vibrating happening in a film that makes total use of all that 4DX offers. Everything is perfectly timed. It undeniably fun and completely accentuates the on-screen action. If you thought Batman v Superman was great in 3D, you ain’t seen nothing yet. This is Batman v Superman the theme park ride.

It all becomes incredibly intense when the characters plough through ceilings or floors jolting you from side to side. You’ll have to hold on tightly to your popcorn as you move back and forth.

Doing its best to capitalise on as many senses as it can, all of the equipment was orchestrated to work in tune with Batman v Superman: Dawn of Justice, and this is downright impressive. Feeling a breeze on your face will make you forget that you are inside a movie theatre at times. It feels natural. Of course, the house lights repeated flashing during on-screen lighting can become a bit jarring in a film this long, but that’s probably the only con.

Again, the Nu Metro 4DX cinema at V&A probably has the best 7.1 I’ve ever heard. It’s remarkably crystal and the low-end thumbs with power. Action scenes are far more immersive, thanks to the great sound and video quality. As for the movie, don’t believe the critics and their intense scrutiny, the highlights far outweigh any issues. Ben Affleck is a stellar Bruce Wayne/Batman and steals most of the show with his grizzled performance. This is a great film to see on the big screen and even better to see in 4DX. Yes, it’s gimmicky, but there is enough here to make even those who hated the movie enjoy it. It makes an epic movie even more epic.

I’ve attended three 4DX screenings now and each time all the seats are sold out. This week will be your last chance to experience Batman v Superman in 4DX. In the upcoming weeks, moviegoers can look forward to “The Jungle Book” and “Captain America: Civil War” releases. For bookings and other cinema info, call 0861-CINEMA (234362) or go to numetro.co.za. Trust me it’s worth it. It’s been nearly two years since Superman’s (Henry Cavill) colossal battle with Zod (Michael Shannon) devastated the city of Metropolis. The loss of life and collateral damage left many feeling angry and helpless, including crime-fighting billionaire Bruce Wayne (Ben Affleck). Convinced that Superman is now a threat to humanity, Batman embarks on a personal vendetta to end his reign on Earth, while the conniving Lex Luthor (Jesse Eisenberg) launches his own crusade against the Man of Steel.

Batman v Superman: Dawn of Justice only has 28% on Rotten Tomatoes despite raking in $850 million dollars at the box office worldwide.