Batman Universe: Bendis Turns His Hand To The Caped Crusader 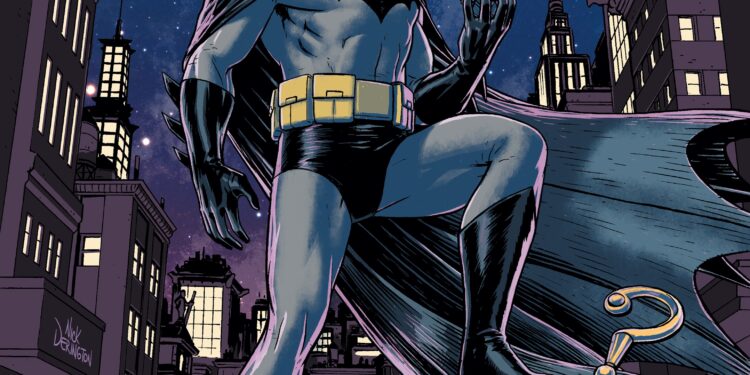 The jump from Marvel to DC has been a bold choice for Brian Michael Bendis, but one that is shaping the future of this comic universe. Despite the initial fear he may have had for the property, Bendis is turning his hand to the Batman franchise, to create a brand new story. Although it’s been serialised in the Batman Giant issues in Walmart stores, they’ve been quite difficult to get hold of. Until now. 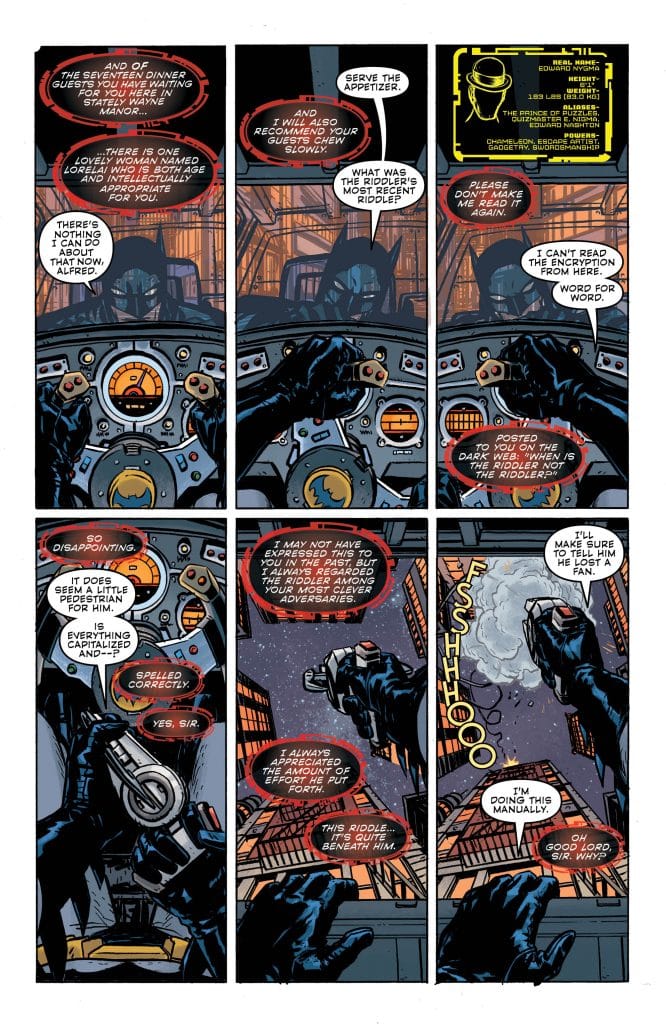 Kicking off in Batman Universe #1, Bendis looks to re-imagine some of the greatest elements of the Dark Knight’s world. Featuring The Riddler and a host of surprise appearances, this first issue of a year-long story kicked off with the right tone. Featuring some of the trademark Bendis humour, the issue takes on some really classic elements of the Batman stories we know and puts a fresh coat of paint on them.

While the book isn’t doing anything groundbreaking so far, it’s clear that it’s just ramping up. Despite the competent start, it is unclear what the title is heading towards though. There fails to be an overall concept for the Batman Universe name. One would assume it would tie back into some of the other Batman-related multiverse stories we’ve seen as of late, or perhaps it’s supposed to put a focus back on the original Bruce Wayne. The first issue achieves neither of these though, feeling more like a conventional Batman issue. 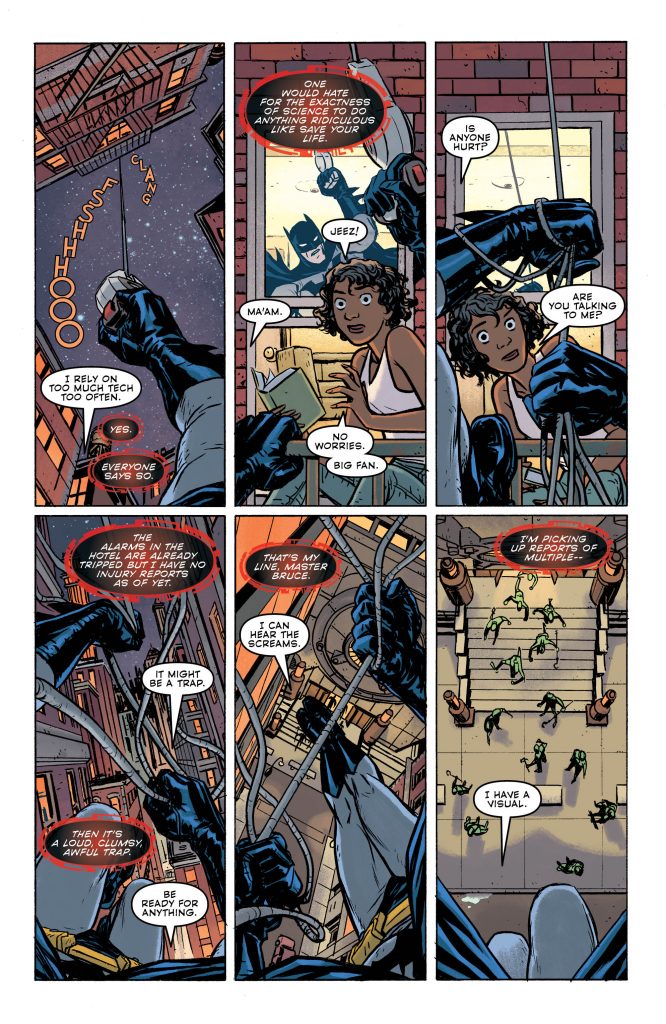 The art in Batman Universe #1 is spectacular and accompanies the writing well, although it’s odd to see some of the visual design choices. Batman is known for stalking in the dark so it’s bizarre to see him in broad daylight in a conventional town. It’s as if Bendis is showing us that he’s taking away a little bit of the edge and shadowy nature of the hero. This is true of the attitude of Wayne as well, with some of his known anger subsiding slightly to something more jovial.

We’ve got a long way to go yet before we fully realise what the team here is trying to achieve but, if you’re in need of a fun Batman story, then I’d recommend picking up Batman Universe #1. It’s always interesting to see a vastly different writer take on a character this iconic and we’re likely seeing both the growing pains and the initial enticement of a brand new project. As it continues on we’ll get a better sense of whether this story is more than just a light escapade as it currently appears to be.