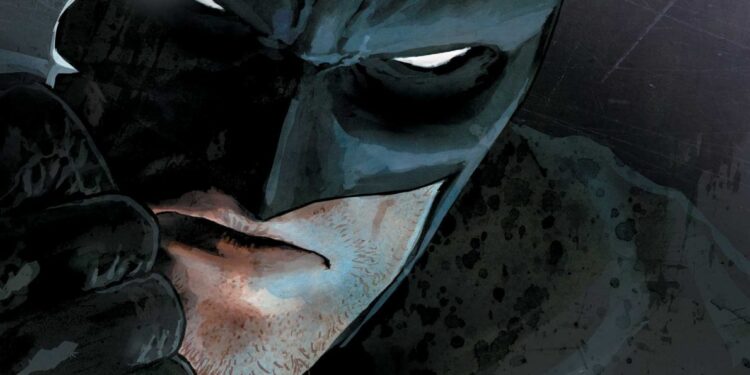 “If it ain’t broke.” This is maybe the best analogy to describe DC’s Rebirth event with regards to Batman. More than any other solo comic book outing, Batman has retained much of its key plot elements, characters and styles throughout the old DC universe, New 52 and now, Rebirth. With Batman: Rebirth #1, Tom King and Mikel Janin take over from the creative juggernaut that was Scott Snyder and Greg Capullo. Fortunately for us, “taking over” means “continuing and improving” in King’s vocabulary. [dropcap]T[/dropcap]hat doesn’t mean that everything is the same. King continues Batman by wrapping up some plot threads left by New 52 and dives (Batman literally dives) straight into something unique with a truly fresh and interesting take on Calendar Man and the introduction of Duke Thomas as Bruce’s new sidekick. The layout is meant to serve as a sort of “catching up” sequence, jumping from season to season. It is also a clever way of showcasing the lingering threat that is Calendar Man and his new abilities. It shows Duke becoming familiar with the life at Wayne Manor, bonding with Bruce in some lighthearted moments and learning that Batman is planning something unique for him. What this uniqueness is, exactly, we don’t know yet. We are introduced to a new and unique Robin suit, but as far as abilities and techniques go we’ll have to wait and see what makes Duke tick. The exposition largely focusses on Calendar Man, with Batman and Duke explaining how Calendar Man’s immortality works and how and why it is affecting the seasonal changes. As for the art, Janin embraces the opportunities supplied by King’s writing to introduce some body horror and effectively plays with the contrasting moods that are the daily life of Bruce Wayne and the darker scenes at night and in the Batcave with Batman. The Batcave scenes stand out in particular, with Janin producing some truly creative panels and colorist June Chung supplying it with depth and weight.

The revamped style and story will surely bring some surprises and emotional punches along the way and Duke Thomas is a welcome addition to the ever-growing list of Batman characters while the twist on Calendar Man is as exciting as it is disturbing. Batman is certainly in good hands with King and Batman: Rebirth #1 gave Scott Snyder the chance to depart the series on a very somber note.