There are great possibilities for DC villains to be explored in their own projects. 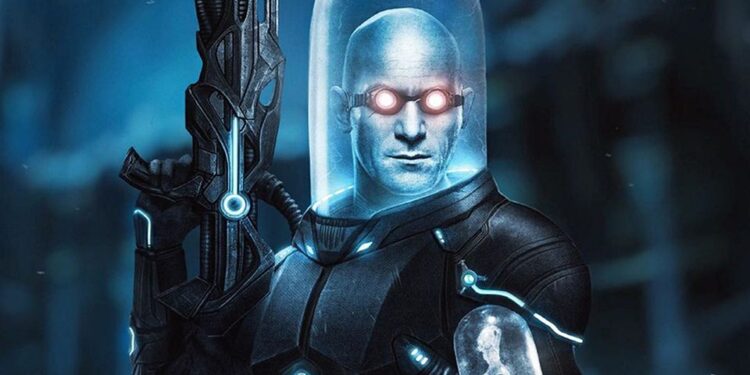 Famous Batman movie producer Michael E. Uslan says he would love to see Mr. Freeze get his own supervillain origin story – just like the Joker. He even thinks the Heart of Ice episode of Batman: The Animated Series would be the perfect go-to for the film’s inspiration.

Starting with Tim Burton’s iconic 1989 Batman movie, Uslan has worked as an executive producer for every modern movie about Gotham’s protector. That includes the LEGO Batman movies, Christopher Nolan’s Dark Knight trilogy, various direct-to-video feature-length films (including those based on Batman: The Animated Series) and The Batman starring Robert Pattinson. He also served as an executive producer on the Joker movie.

@therealjasonisaacs as mr freeze ? . i hope we can see a battle between batman and mr freeze soon. hope you guys like it -follow @awedope.arts for more . . . . #mrfreeze#gotham#batman#thebatman#jasonisaacs#dc#dceu#dcu#dcuniverse#villain#freeze#artwork#photoshop#dccomics#indonesia#2020

As such, Uslan is well-versed in the mythology of Batman’s adversaries and knows just how successful a villain’s origin story can be.

During a virtual From Batman to Joker panel for Wizard World, Uslan spoke about the Joker movie, adding that there are “great possibilities” for other DC villains to be explored in their own Joker-style projects.

When discussing which super villain he’d most like to see get their own film, Uslan mentioned Mr. Freeze. But he also made it clear that there are currently no plans for a Mr. Freeze movie.

“One of my favorite episodes of Batman: The Animated Series, which I absolutely love, dealt with Mr. Freeze and the loss of his wife – the empathy, the emotions that that created. I’m putting on my fanboy hat, not my producing hat. This has nothing to do with any plans. It’s just that, as a fanboy, I could see taking that iteration of Mr. Freeze and doing something amazing with his backstory.”

While Mr. Freeze is Uslan’s first choice, he also mentioned other great options that a Joker-style movie could dive into.

“It doesn’t matter if it’s Scarecrow, Riddler, Catwoman, Penguin – they’re all so juicy. Part of their success has been their mystique, where all the I’s haven’t been dotted and the T’s haven’t been crossed. It allows filmmakers and writers to come in and take it to places that it’s never been taken before.”

Created by Dave Wood and Sheldon Moldoff, Mr. Freeze first appeared in 1959’s Batman #121 as the ice-based criminal, Mr. Zero. But he was soon renamed Mr. Freeze. Years later, his origin story was revamped to match the one developed by Paul Dini for Batman: The Animated Series.

#MarkStrong as Mr Freeze . – A continuation of the Arkham Suit series, here is Mark Strong as Victor Fries, aka, Mr Freeze. I’ve never done a Mr Freeze piece, and I think Mark would be perfect for the role. Hope you guys like it ! – Follow me for more art! @mizuriofficial

Dr. Victor Fries was a cryogenics expert in Gotham City who was caught in a laboratory mishap while attempting to cure his terminally ill wife. The accident drastically lowered his body temperature to sub-zero levels, forcing him to wear a cryogenic suit in order to survive. Although Freeze’s main goal remains finding a cure for his wife’s illness, his methods often bring him into conflict with Batman. This depiction of Mr. Freeze has since endured as one of the Dark Knight’s recurring enemies who belong to the infamous Rogues Gallery.

You can watch the entire From Batman to Joker panel (featuring Michael E. Uslan) at Wizard World below. 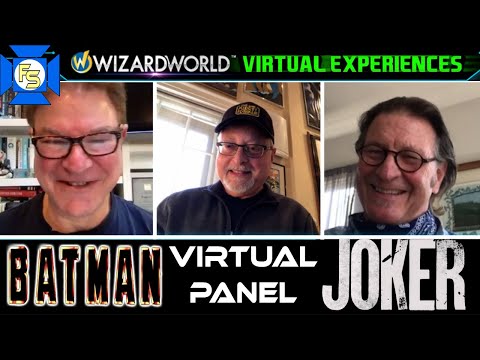