Batman Ninja Review – Visually Stunning, But The Story Isn’t For Everyone 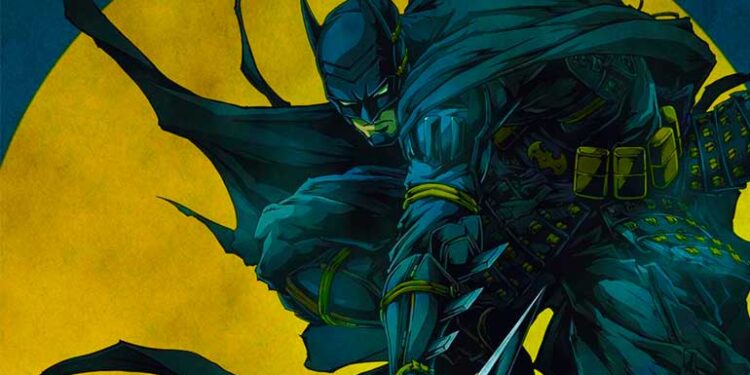 Lately, DC’s animated output has been a mixed bag but you’ve got to admire that they’re thinking outside the box. For real comic book fans there’s been the likes of the outstanding Justice League Dark. For those keen on nostalgia, there’s been the Batman ’66 films. For those wanting something a little different, there was the Elseworlds tale of Gotham By Gaslight. Yet there’s been nothing quite like Batman Ninja… and that’s not necessarily a good thing. When Gorilla Grodd activates a time machine in Arkham Asylum, Gotham’s heroes and villains are transported back to feudal-period Japan. While the country is split warring territories headed by The Joker & Harley Quinn, Deathstroke, Poison Ivy, The Penguin and Two-Face, Batman reunites with his team: Nightwing, Red Robin, Red Hood, Robin, Catwoman and Alfred. However, overthrowing the villains will require more than Batman’s modern technology, and he joins with a clan of ninjas to stop them. Little does he realise that the villains have been turning their base into giant mechas and are ready for him…

First of all, yes, Batman Ninja is visually stunning. Using a variety of anime styles, it’s great to see that the artwork fits the subject. The end result is gorgeous and should certainly please fans of 2008’s Batman: Gotham Knight in that regard. The character re-designs are creative and impressive, while the action keeps ramping up to absurd levels – with the necessary speed lines driving the point home. So, from an artistic standpoint, it really works. It wouldn’t for other Batman productions out there, but in this case it’s perfect.

The problem is the story itself. From the plotting and characterisation all the way to the dialogue, it’s a hot mess. Grodd transporting everyone back in time is just a macguffin to make the wafer-thin plot fit, while ignoring some massive plot holes along the way. Even if you can accept that, prepare for a nearly 90-minute slugfest of Batman fighting the Joker ad nauseum, minus a few temporary diversions like the Dark Knight learning to become a ninja… which fans know he already knows.

Likewise, the characters are little more than what they appear on the surface and seemingly have no personality, initiative or motivation. For instance, the other heroes have been doing little for two years other than waiting for Batman to show up, while Alfred is content to keep dusting the batmobile occasionally without a care in the world. As for Bane becoming a sumo wrestler while the other villains have all built mecha-fortresses which stomp across the landscape like ugly Transformers (before combining to become a wannabe-Voltron), it’s painful to watch. Still, at least Batman doesn’t battle them with an army of shape-shifting moneys and bats. Oh wait, he does.

The real problem here is how willing the viewer is to jettison common sense and accept the bonkers ideas that the visuals bring to life. If you’re willing to go along with it and appreciate the oddities, then you’ll love Batman Ninja – and if not then you’ll find it a painful experience to sit through. But then, this wasn’t made for the average fan who’s looking for a regular Batman story; this was made for a very select audience.

Visually, Batman Ninja is an outstanding achievement. Story-wise, it’s a mess. It won’t please everybody, but some viewers may get a warped kick out of it. 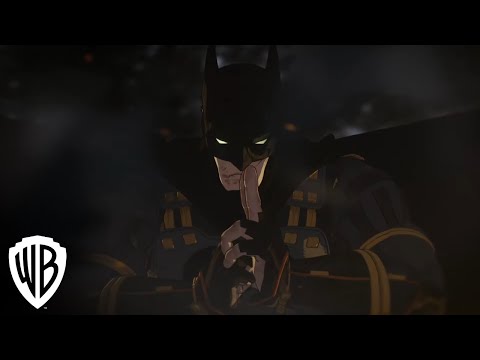