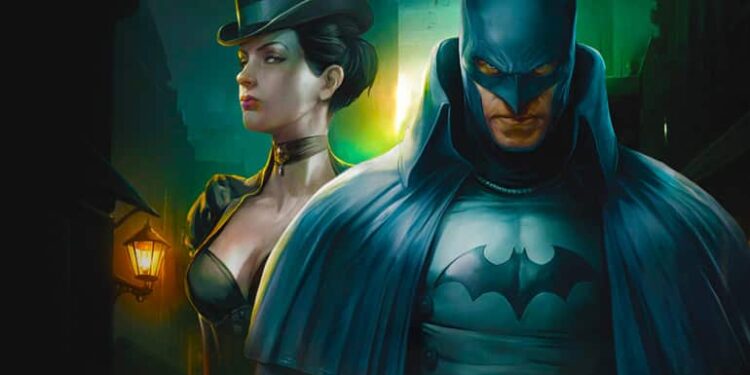 First of all, for fans of the original graphic novel Gotham By Gaslight hoping to see a by-the-book adaptation (along the lines of The Killing Joke or The Dark Knight Returns), be prepared for disappointment. This story makes several huge changes, some for the better and some for the worse, but all of which make for fresh and unpredictable viewing.

The second thing fans should know is that this has an R-rating, and while it’s not entirely justified (some swearing, some slight nudity and a little bit of bloodshed) it’s still something you might not want little kids watching and may take some explaining.

So, aside from these key facts, is Batman: Gotham By Gaslight any good? The year is 1889, and Gotham is held in the grip of terror by the killer known only as Jack the Ripper. The only person who appears able to oppose this homicidal madman is the mysterious Batman, who must unravel the few clues left behind. However, for Batman’s alter-ego, millionaire Bruce Wayne – a man who dreams of bringing Gotham into a brighter future – life has become complicated as he begins to court the enigmatic Selina Kyle… much to the annoyance of Wayne’s best friend Harvey Dent.

After two stalemate battles against the insane Jack, things unravel further as Bruce Wayne himself becomes the prime suspect of the police. With the fate of Gotham resting on his shoulders, Batman must summon all of his detective skills and fighting prowess to win this war of good versus evil. From a story perspective, Batman: Gotham By Gaslight really is good. It’s an Elseworlds tale – one of DC’s many “What if?” stories that reimagines familiar superheroes and supervillains in different times, places and scenarios. In this case, Victorian-period Gotham and having the dark knight detective square off against one of real-life history’s most notorious of serial killers. While Jack the Ripper is an overused cliché, it’s also a fitting match-up and allows for an intriguing mystery as his identity is kept secret until the end. There are plenty of suspects, from Hugo Strange and Harvey Bullock to Harvey Dent and his curious Jekyll-and-Hyde personality switches.

Seeing characters fans know and love in a completely different setting is half the joy of this, such as Dick Grayson, Jason Todd and Tim Drake – the three original Robins – as a vicious gang of street urchins. Poison Ivy, Catwoman and even Solomon Grundy all feature too, adding to the fun. Meanwhile, the plot of Batman: Gotham By Gaslight seems rather timely as Jack targets women, blaming them – and later other undesirables including immigrants – for the downfall of American society. Unfortunately, the animation isn’t as crisp in Batman: Gotham By Gaslight as in others, and the style is a little uneven at times. Also, there’s a painful over-reliance on Sherlock Holmes references. While that makes sense since Batman is meant to be the world’s smartest detective, at times it seems heavy-handed. It’s hard to draw the line between some scenes and lines of dialogue being a homage or simply being unoriginal writing that’s blatantly just cribbing from Arthur Conan Doyle. Likewise, for as timely as Jack’s actions may be in regards to current society, it’s also a one-dimensional to have his only reason being that, well, he hates women.

However, at the end of the day, Batman: Gotham By Gaslight is still a decent movie with a fair amount to recommend. The action and story are good, the voicework is solid for the most part, and it’s good seeing Batman getting back to basics and trying to actually solve crimes instead of being an arrogant badass. There are a few drawbacks, but it’s really the concept and setting which sell this. It’s something different and, for long-time Batman fans, it’s a real gift. 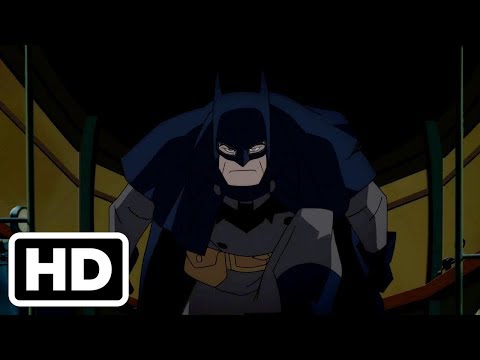