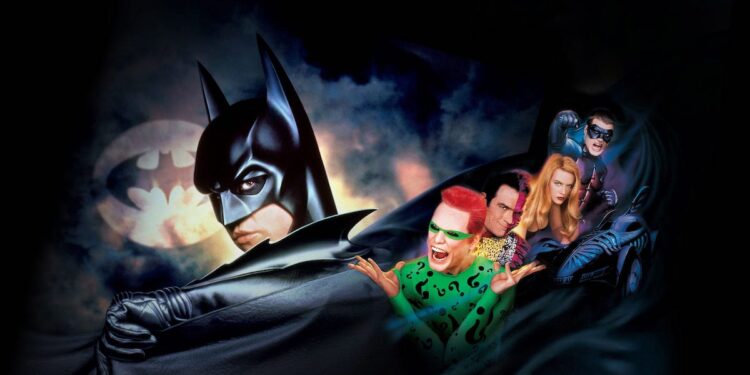 Twenty-five years after its release, Joel Schumacher‘s Batman Forever, starring Val Kilmer as the Dark Knight, still causes mixed feelings among the fanbase. While it isn’t as strongly detested as its successor, Batman & Robin, it’s hardly ever mentioned by fans when discussing the best Batman films.

While it didn’t receive the critical acclaim of Tim Burton’s Batman films, it raked in a lot of money—exactly $336.6 million at the global box office. The financial success vindicated Warner Bros.’ decision to part ways with Burton after Batman Returns and pursue a more family-friendly Caped Crusader.

But there’s the clincher: Schumacher’s original Batman Forever cut was much darker and featured a subplot of Bruce Wayne having repressed memories of his parents’ deaths. Clocking in at around two hours and forty minutes, Schumacher’s cut could’ve been considered a slightly more PG version of his 1999 film 8mm. 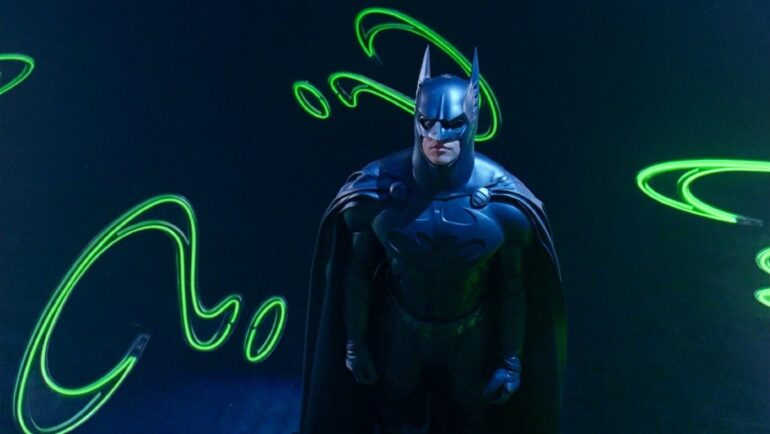 Much like future DC films would find out, Warner Bros. loved nothing more than to grab hold of the editor’s mouse and lock the editing room’s door. Batman Forever received major edits as the studio demanded a film that’d push more toys. Helpless, Schumacher handed over the keys and watched as his vision was decimated by the suits.

Sadly, those were the days before internet gossip would expose all the studio mishandlings and Joel Schumacher received all the blame for the film’s shortcomings. It wasn’t until much later than fans found out how much of an influence Warner Bros. had in the final product and overriding the director’s original vision. 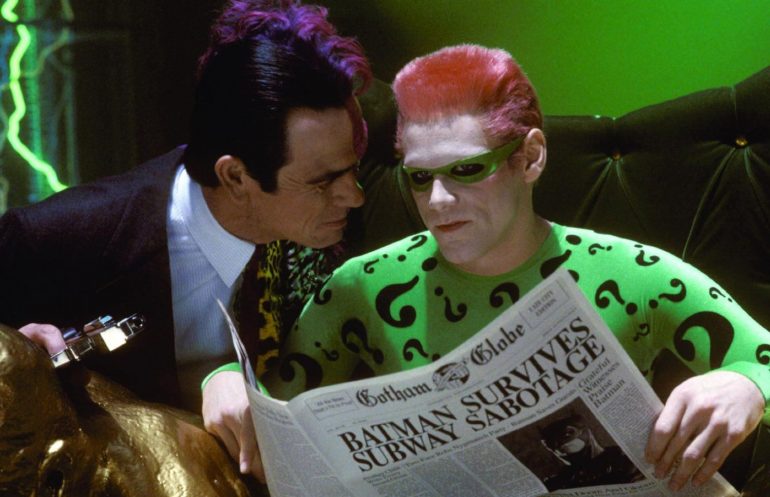 In the years since Batman Forever‘s release, fans have gotten glimpses of deleted scenes (some finished and others rough) to see how much meat was removed from the bone. One particular scene showcased Tommy Lee Jones’ Two-Face’s brutal escape from Arkham Asylum, which would’ve instantly made Harvey Dent a lot more sinister than the campy Joker knockoff he came off as.

The closest thing to a complete Schumacher’s cut of Batman Forever already exists: the comic book adaptation. Featuring the creative team of Dennis O’Neil, Michal Dutkiewicz, Scott Hanna, and Adrienne Roy, this version feels more like a natural sequel to Batman Returns than the actual movie itself. There’s a powerful balance of darkness, heroics and the evolution of Bruce Wayne that was sorely missing in the film. 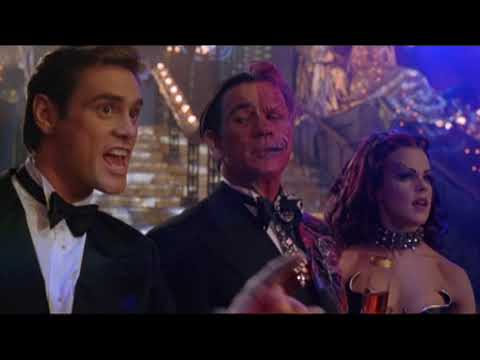 With DC and Warner Bros.’ latest trend of showing off director’s cuts, it’s a good time as any to revisit Schumacher’s original vision for Batman Forever. Considering it’s the film’s 25th anniversary this month and the need for exclusive content on HBO Max, it’d be the ultimate tribute to the late, great film-maker who received unnecessary stick for decisions that weren’t necessarily his. It’s time to release the Schumacher cut!

Tell us, would you like to see Joel Schumacher’s original cut of Batman Forever? Let us know in the comments section.