We’re approaching the middle of the first season for Batman ’66, and it’s really been picking up steam lately. The campiness hasn’t been too bad, the stories have worked and we’ve seen some fine performances all around. The guest villains have provided hours of classic enjoyment and all seems well with the world. What could possibly go wrong? It’s a beautiful day in Gotham City, but at the Exhibit Hall things are about to take a turn from the worse. Police Chief O’Hara is helping the curator make sense of a letter warning of an imminent theft by the fiend known as False Face, a master of disguise. After another threatening letter is received, and False Face reveals himself as one of the patrons by removing his fake beard and setting it alight. The beard explodes, distracting the police, and False Face escapes with a visiting princess racing after him. However, even the princess is a phony and discards an inflatable cape to block Chief O’Hara’s pursuit.

A squad car chases after the villains but in the blink of an eye their getaway truck disguises itself too, turning into an ice cream van. Back at police headquarters, Commissioner Gordon studies the priceless crown that was going to be stolen and discovers that both the crown and the glass case it’s protected inside are fakes. Only Batman and Robin can stop this master of devilish disguises, and a call is made to the batphone to summon them.

At stately Wayne Manor, Bruce is teaching Dick the value of knowing more about nature and learning to respect the trees that and forests that surround us all. When summoned by Commissioner Gordon’s call, they race into action and change into the dynamic duo. Shortly after arriving to consult with the police, an elderly man appears and hands them a message from False Face. Batman and Robin solve the clue and more importantly learn that the old man is Blaze, False Face’s female assistant. 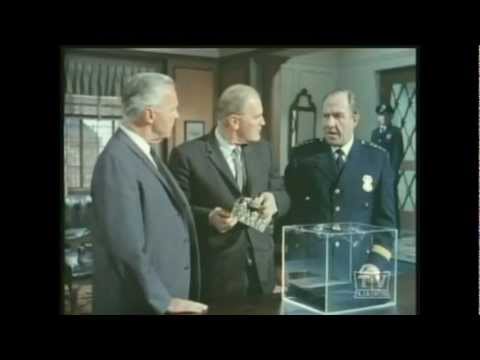 Blaze escapes their clutches, and so the caped crusaders visit the Ladd Armoured Car Company, the next target of the villain’s evil scheme. False Face is in the process of using a hijacked armoured car to steal money from the bank, but our heroes arrive to foil his plot. Robin wastes precious time in arresting the villain though, and those lost seconds result in False Face making a quick escape. Just as the dynamic duo gain the upper hand again, they’re ambushed in an alleyway. While several henchmen are arrested in the ensuing chaos, False Face kidnaps Chief O’Hara and disguises himself as Gordon’s right-hand man!

Back at the batcave our heroes learn that False Face’s scheme may include counterfeiting, and advise Alfred that they may be late for supper that evening. They follow up on their only lead and catch Blaze, who seems to be smitten with Batman. Back at police headquarters, False Face – posing as O’Hara – suggests that Blaze lead the dynamic duo to find their prey. She takes them to a closed subway station and tricks them, both succumbing to knockout gas.

False Face and Blaze secure Batman and Robin to the subway tracks with quick-setting plastic cement, and within six minutes a speeding train will end their lives once and for all. Blaze begs Batman for forgiveness, which is given, but she can’t help free them as the oncoming train draws closer. Have our heroes reached the end of the line? Is there light at the end of the tunnel? Find out in the second instalment, at the same bat-time, same bat-channel…

The second episode is more of the same, with a seemingly endless chase occurring and featuring more villainous disguises, the return of the real Chief O’Hara and a ruse involving an inflatable batmobile.

Unfortunately, it isn’t very good. Neither is this first part, to be honest. Given that these stories mostly involve chasing False Face, they seem strangely slow and plodding. The acting isn’t that great, the script is weak, the story is hollow and they seem to have neither a sense of adventure nor a sense of humour. When the narrator has to keep informing you of where the story is going, you know they’ve lost the plot.

For all the faults, the image of False Face is actually a pretty disturbing one even if his gimmick is cheap and nasty. He looks more menacing than the Joker simply by wearing a clear plastic mask, creating an almost blank look. To add to the creepiness, the actor playing the role is initially just billed as ? and the end result may leave you puzzled. Yet amazingly Blaze seems to make more of an impact in the story and seems far more interesting, although her swooning over Batman is a little predictable.

False Face was a villain who didn’t quite pay off, even in the old comic books, and these episodes sadly reflect that. While the idea is intriguing, it never seems to go anywhere and as a result we’re left with two of the worst episodes of this iconic television series. They’re hard to watch and even harder to enjoy.

All we can hope for is that the next two are better. They’re featuring Catwoman, so you may want to stay tuned…