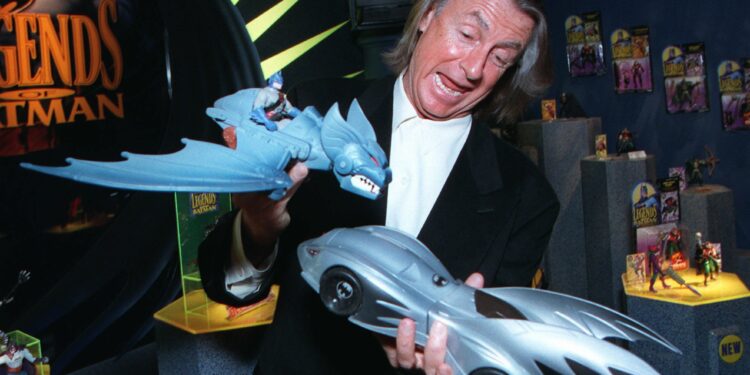 On Monday, a representative for Schumacher confirmed the sad news in a statement… “Filmmaker Joel Schumacher, director of films such as St. Elmo’s Fire, A Time To Kill, The Client and Tigerland, passed away quietly from cancer in NYC this morning after a year-long battle. He will be fondly remembered by his friends and collaborators.”

Born in New York City, Schumacher studied at Parsons: The New School for Design before earning a Bachelor of Fine Arts degree from the Fashion Institute of Technology in New York.

After working in the fashion industry, he decided to pursue a career in filmmaking instead. He moved to Los Angeles, where he worked as a costume designer and developed his skills with television work while studying towards a Master of Fine Arts degree from the University of California.

Joel Schumacher’s first screenplay was for the 1976 musical drama, Sparkle, which he had developed with Howard Rosenman before moving to LA. Schumacher used his background in fashion to direct a slew of stylish films in the 1980s and 1990s.

While his movies were not always critically acclaimed, they are still loved by audiences for capturing the feel of each era.

Schumacher’s second and final film in the franchise was Batman and Robin in 1997, starring George Clooney as Batman and Arnold Schwarzenegger as the villainous Mr. Freeze.

When an interviewer once asked if he had any advice for first-time directors, Joel Schumacher said…

“Be bold, take risks, follow your own instincts, and listen to other people only when you really believe in your gut that they’re right. Get a great cast. Get a cinematographer that isn’t jealous that you’re the director. Get an editor that’s not jealous you’re the director. You can do it.”