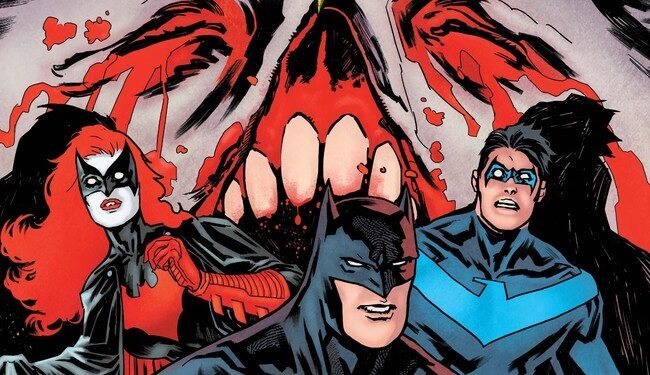 After the events of Detective Comics #940, you’d expect Batman #7 to be a grim or sad affair. It’s two big losses in the space of a few weeks for the caped crusader, and the villains don’t believe in a time for mourning. Surprisingly, the first part of “Night of the Monster Men” is anything but glum, drawing tonal inspiration from Batman: The Animated Series and Ghostbusters.  Weird, right? [dropcap]H[/dropcap]ugo Strange plays Dr. Frankenstein and creates monsters from dead people, but Batman #7 is the farthest thing from a horror story – and that’s a good sign. If Rebirth is going to succeed, it needs to be different from the New 52. While we’ve seen other characters, namely Superman and Green Arrow, go back to their older personalities, Batman’s always been the danger. He’s gloomy by nature, so what do you do with him? Tom King and Steve Orlando have the solution: keep the character’s roots dark, but lighten up the story and themes.

Building on the emotion shown in Detective Comics #940, King and Orlando’s Batman is unafraid of asking his allies for assistance, even if he’s wary of sending them into danger (especially Nightwing). We’ve always known that a compassionate, caring man resided behind the cowl, but this is one of the rare times where it’s so apparent. It’s a change – and a good one. Do we really need to have sad Batman all the time? On the negative side, the artwork doesn’t do this story the justice it deserves. Observing the other bimonthly titles such as Aquaman, Superman, The Flash and Green Arrow, Batman’s style doesn’t stand out or grab you in the same way the others do. It feels unfinished and rushed, severely missing Greg Capullo’s distinctive touch.

So, is “Night of the Monster Men” the story that signals the real start of Rebirth Batman? It’s looking likely that it is. As much as I loved the previous era of Batman, it’s time for a new one. Let’s hope DC has faith in this direction and allows it to develop further.