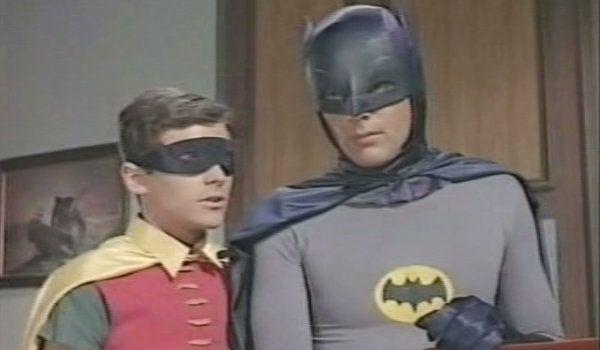 Atomic batteries to power and turbines to speed, it’s time to Batsuit up once again and take a trip to 1966. When some shifty fellows hand out free umbrellas outside a jewellery store, it seems like just another normal, quiet day in Gotham City. Still, the store owner suspects something odd and his fears are well-founded because shortly after the store erupts into chaos when all the customers’ new umbrellas start releasing sparks, smoke and confetti. Commissioner Gordon and Chief O’Hara realise that the umbrellas have to be the calling card of that fowl felon, the Penguin. It’s time to put in a call to the dynamic duo for help!

Batman and Robin learn that shortly before the Penguin was to be released from prison, he was in the process of hatching a new caper involving umbrellas… but that’s all. Robin questions how someone as criminally corrupt as the Penguin could be released at all, but it’s pointed out that the fiend served his time and that’s how the law worked. Given the limited information they have, the duo figure out that the Penguin has bought an umbrella factory under the alias of K.G. Bird.

After racing to the factory they confront the Penguin… but realise that he hasn’t really committed any crime at all, a fact that he gloats about. The dynamic duo leave, but we’re able to witness the mastermind’s real plan – and it’s a doozy!

The Penguin doesn’t technically have a plan at all, but will send Batman and Robin an umbrella that they’ll interpret as a clue. Using a listening device planted in the umbrella, he’ll be able to overhear the crime-fighters as they list off potential crimes that they think he’ll commit and then choose one from their own list! Putting his plan into action, he sends his trick umbrella to the heroes attached to a giant umbrella that blocks off traffic. And yes, it’s that big. Seeing is believing!

Before the caped crusaders try to figure out the bogus clue though, Batman comes up with a sneaky plan of his own: to bug the Penguin’s umbrella factory. Wearing some civilian clothing he tries planting his own listening device, but the Penguin realises what he’s up to and captures him in a net before paralysing him with one of his trick umbrellas.

The Penguin’s henchmen dump the stunned Batman onto a conveyor belt that leads towards the blast furnace, and there’s no hope of rescue. Is this the end of Batman? Has the case gotten too hot for him to handle? Is this death-trap too much even for him to handle? The second instalment is where the action really kicks in, with Batman and Robin falling further into the fiend’s feathery felonies. The Penguin’s plan pays off, with our heroes giving him details on how to pull off the perfect kidnapping of an actress and then collect the ransom money from Wayne Manor itself. Not only that but Alfred gets caught up in events, Robin recommends pouncing in armour and the Penguin proves just how magnetic a utility belt can be.

Once again we’ve got a good pair of episodes, although they’re not quite as great as they could have been. The first episode of the two seems to drag just a little, although the spectacle of the giant umbrella is a real highlight and shows the lengths the show went to just to make a statement. On the plus side, Burgess Meredith really plays the Penguin with style. Forget the Danny DeVito freakish version from Tim Burton’s film, this is an Oswald Cobblepot who has flair and cunning.

Also, Commissioner Gordon actually gives a brief explanation of why Batman dresses like he does. He doesn’t quite use the words “cowardly and superstitious lot” but he comes pretty close.

These may not be the best episodes ever, but they certainly aren’t the worst either. Then again, at this stage the show was still finding its footing so all’s forgiven. The second episode really makes up for any flaws the first one has, and together they’re a fine feathered addition to any Batman collection. 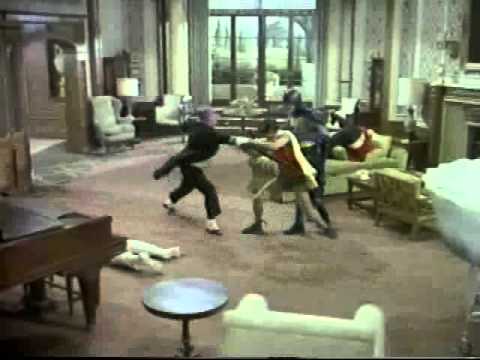