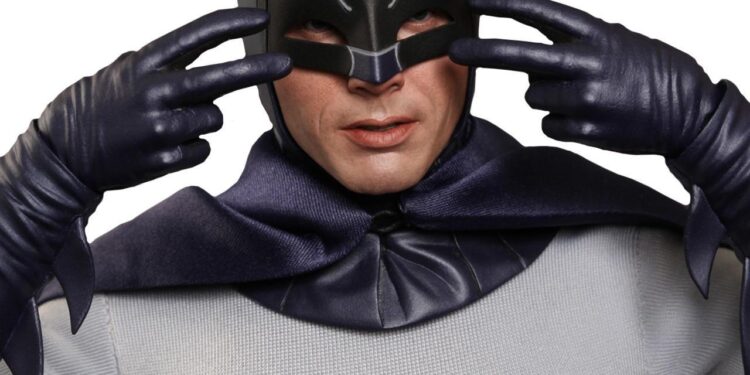 Okay, if you don’t get that then you probably don’t know the old sixties show and its classic theme tune. Either that or your sense of humour is pretty bad. But the old show was unlike anything ever seen before, blending the old serial style with a blend of zany camp humour and artistic flair. While it may be the complete opposite of the dark, serious brooding Dark Knight seen more recently, the old series still commands a huge following and is an equally valid part of Batman history, inspiring other shows and movies, including the Brave and the Bold animated show and the Batman ’66 comic book series. The first two episodes (the usual format being two episodes per story, the first ending in a cliffhanger) focuses on the criminal prince of puzzlers, the Riddler. He comes to the attention of the Gotham police after blowing up a cake at an embassy banquet, leaving behind some of his trademark clues. Instantly clueless, the cops get in touch with our dynamic duo of Batman and Robin and… cue the music!

Before we get ahead of ourselves, it has to be said that for all the usual silliness they do take the time to show Bruce Wayne explaining how he saw his parents murdered in front of him when he was a small boy. It may not be brooding, but we understand that he takes this seriously. Before we know it, Bruce and his young ward Dick Grayson are sliding down the Batpole to the Batcave, suiting up in the blink of an eye and are on the trail of the Riddler. They get the drop on the Riddler, who appears to be robbing a museum, but failed to heed or understand his warning to them. It’s a set-up, and his plan isn’t to rob the museum or kill Batman and Robin. Instead, it’s to slap a high-level lawsuit on the caped crusader, claiming a million dollars in damages and an end to their crime-fighting escapades. While Batman finds his hands tied by the law, Robin figures out that some more clues are at hand and they have no option but to keep going.

This time the trail leads to a Gotham nightclub, where the duo get separated by a bouncer who refuses Robin entry because he’s under-age. Batman does the Batusi but is drugged by the Riddler’s moll, and Robin gets shot with a tranquillizer dart by the Riddler himself in a bid kidnap the boy wonder and steal the Batmobile. The car proves more than the villain can handle though, and all he can do is make off with Robin while Batman looks like a drunk driver to the cops.

The cliffhanger features Robin strapped to an operating table, and in the second episode, we learn that even then everything isn’t as it seems. The next part of the evil scheme involves sending someone to infiltrate the Batcave, rescuing Robin and trying to figure out what the Riddler’s master plan really is. Let’s just say that Robin gets a riddle wrong and all hope seems truly lost. Can our heroes overcome the odds and win through? The writing on these episodes is good, and it’s a solid start to the series. Some of the elements that would become standards on this show, such as the crooked camera angles in scenes with the villains, are already in place and the production looks well-polished right from the get-go. Adam West plays Bruce Wayne/Batman with a cool demeanor while Burt Ward looks a little nervous (although pulls off playing a woman playing a man like a great Victor/Victoria professional). As for Frank Gorshin as the Riddler, he’s manic and breathtaking. Yes, that beautiful Batmobile gets a great workout on its first run even when it’s just parked outside the nightclub, firing out signal flares and using a built-in fire extinguisher that’s set on automatic. In an era when the most a Batmobile seems to do is make large tyre tracks and jump puddles, this one is sleek, stylish and has more gadgets built-in than a Swiss army knife.

This may not be everyone’s favourite Batman, but it’s a product of its time and a good starting point for a show that taught us that superheroes don’t have to be all doom and gloom.