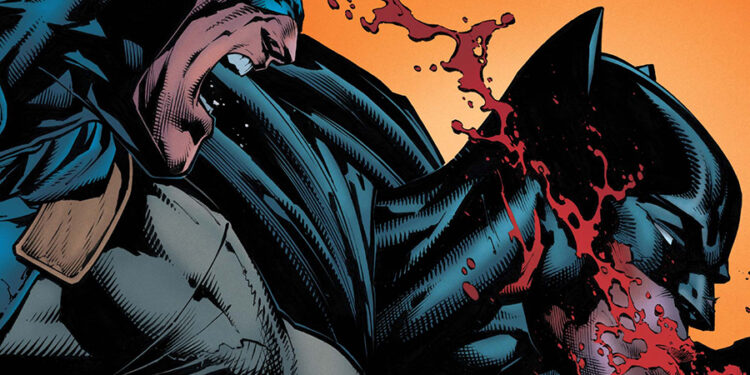 After an initial slow start, Batman #4 set-up what promised to be an exciting conclusion to Tom King’s ‘I Am Gotham’ story arc – and boy, did this finale deliver. Batman #5 pulls no punches; it glides through the window and knocks your ass to the floor. The team of King, Banning and Finch sank their teeth into this one, refusing any breathers until the very end. You’ll struggle to find a standalone issue jammed with as much visually splendid action sequences, sharp and clever dialogue and genuine wow moments than this one. From the Justice League’s pivotal appearance, to Alfred donning the cape and cowl and jetting around in the Batmobile, to the climatic death of a hero, ‘I Am Gotham’ Part Five is the issue that’ll set King’s Batman run on fire. Sure, it might’ve not been the greatest storytelling issue, but it upped the action factor that’d been missing in previous issues. One of the main things I’ve appreciated about ‘I Am Gotham’ is how the dialogue has always been on point. Even when the story’s been slow, the dialogue’s not. Batman #5 is testament to this, featuring two examples of classic Batman. The first’s Alfred’s “conversation” with Thomas Wayne while driving the Batmobile, delivered with the traditional Pennyworth wit and dryness. The second is Batman’s speech to Gotham about the city and what it means to him. The latter is so powerful and moving that you can’t help but feel it’ll end up plagiarised in a forthcoming DC film.

Even without the presence of a big villain, ‘I Am Gotham’ managed to deliver when it counted. It’s not quite the end of the Gotham twin story, as is evident by the reveals of Batman #5, so let’s see where King and co take us next.