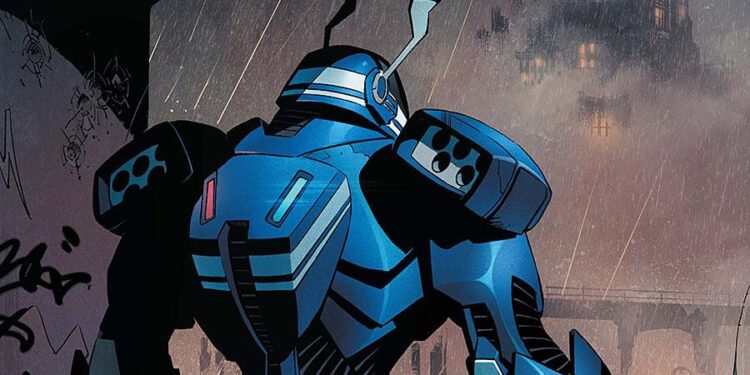 Is there life after Bruce Wayne? Apparently so. In Batman #41, it’s finally revealed why Jim Gordon took up the mantle when there were better suitors around (even in the pigpen known as the GCPD). However, the reasoning provided by Geri Powers left a lot to be desired, as it ended up sounding like a butchered version of The Dark Knight’s much parodied “he’s the hero we deserve” line. It wasn’t really ‘nudge, nudge, wink, wink’, but more of a ‘slap, slap, obvious, obvious’ moment.

Recycled ideas aside, Gordon is plausible as Batman in Batman #41. While he doesn’t really want to don the mechanical Batsuit, he does an admirable job in it anyway and shows that he has the fighting chops and sleuth nose to match old Brucie. The action scenes are terrifically composed and paced, and Gordon, who appears as if he received a makeover from Ty Pennington, looks great; yet, the real highlight of the issue has to be Harvey Bullock who is the voice of reason. Bullock is often portrayed as a one-dimensional doofus, who is obviously beneath Gordon in every single way, but this time he’s allowed to show that there’s more to him than doughnuts and he genuinely does care for his partner (maybe Snyder has been binging on Gotham?).

With a strong The Dark Knight Returns atmosphere, it’ll be interesting to see how long a run Gordon is given as the Batman before the inevitable happens. Speaking of which, the end of Batman #41 was rather surprising. Not because it was entirely unexpected, but one would think it would make sense to happen a few more issues down the line.

Could it be that Snyder is swerving us? I guess we’ll find out soon enough.